The model Diya Prabhakar features on the main cover, while China's Ju Xiaowen and Japanese actress Nana Komatsu round out the triptych.

The tome is the first Vogue to launch post-pandemic and post-Black Lives Matter which is reflected in its theme ‘Arise’, and its main cover star, Prabhakar, a homegrown model of Indian descent.

While Singapore is known to be one of the most ethnically diverse nations in Asia and that rich melange of cultures is celebrated in its famous food culture, it is much less so in media images.

“There was a conscious effort to make sure we were diverse as you naturally [tend to] see Chinese girls on Singapore glossies,” said Vogue Singapore’s editor-in-chief Norman Tan. Ethnic Chinese are the majority in Singapore, making up three quarters of the population, while Malays form 15 percent and Indians 7 percent. 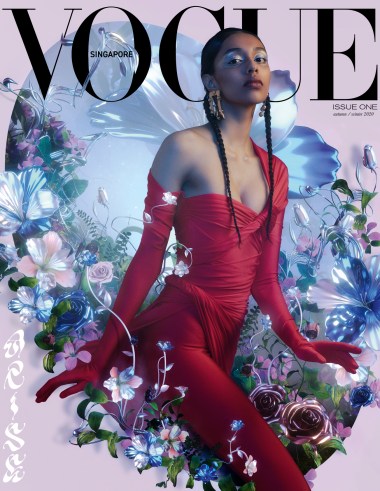 Each cover girl has a lengthy profile dedicated to her inside the English-language book. The idea was to make “something collectible,” Tan added, “there’s a lot of substance and depth. It’s not just a book of gorgeous, transportive and escapist images, which we have. It’s something that inspires, moves, challenges.”

One of the challenges in the creation process was finding the right tone–at once sensitive to the volatility of this year, while simultaneously offering joy and beauty to readers when it’s needed more than ever. The city-state has gone through several waves of COVID-19 and for the time being, people are still restricted to meeting in groups of five.

“We don’t want to minimize what the world has gone through but Vogue is known for dreams and imagination, and reaching for something,” the editor said.

The first issue also includes a profile of actress and producer, Tan Kheng Hua, who starred in the film ‘Crazy Rich Asians’–she opens up about pursuing a career in entertainment at age 50–and a feature telling the stories of three foreign domestic workers in Singapore. 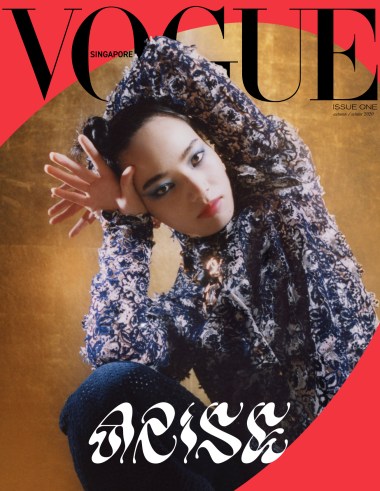 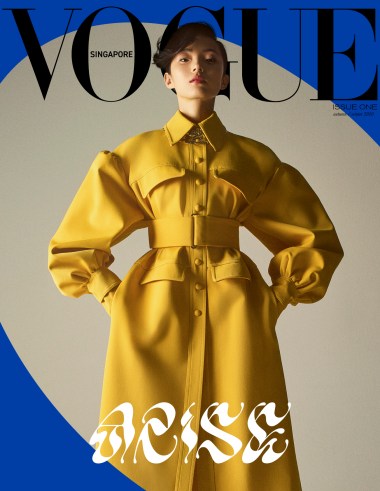 Readers will also notice a unique font on the covers and scattered throughout the pages. The design was commissioned specifically as a bespoke Vogue Singapore font and inspired by the orchid, which is the national flower of Singapore, and the Sanskrit found on the Singapore Stone, one of the city-state’s national treasures.

Meanwhile, scannable QR codes allow readers to transition from print to digital platforms where they can interact with AR-led styling videos and virtual 360 experiences in the Vogue Studio.

While the magazine cannot have a traditional launch party, there are online activations to mark the occasion. Tan and Anna Wintour will host the title’s first Vogue Conversations, a panel featuring guests from technology and luxury industries, and DJ Ana Kim will be performing a live-streamed set from Seoul.

COVID-19 has put pressure on the media businesses all around the world as brands pull back on their advertising budgets. At the same time, consumers under lockdown are more likely than ever to appreciate a print product and to devote more time to peruse its pages, Tan observed. The trend was reflected across Condé Nast’s international operations with new print subscriptions increasing by 141 percent year-over-year between April and June.

This new Vogue Singapore is a partnership between Condé Nast and Indochine Media and a relaunch of the title after a short-lived run in the Nineties via a different regional publisher.

The Rules of the Media Game in China