The centerpiece of the roll-out is a new glossy coffee-table anthology that looks back at the magazine’s history from the days it was a biweekly broadsheet. 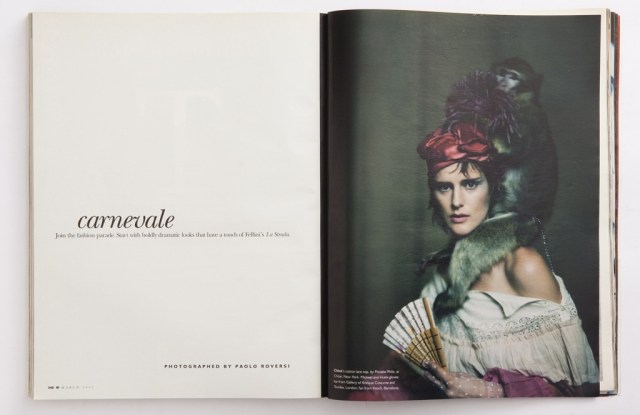 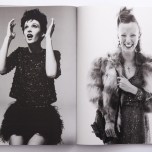 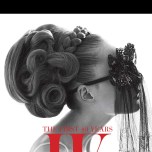 FOUR DECADES: Stefano Tonchi, W’s editor in chief for the past two years, is ringing in the magazine’s 40th anniversary with a promotional blitzkrieg. The 30th birthday was celebrated too, but 10 years later, W has a new ad-thick November issue and a newly redesigned iPad app. The centerpiece of the rollout is a new glossy coffee-table anthology that looks back at W’s history from the days it was a biweekly broadsheet. It was one of the first projects to land in Tonchi’s lap when he joined — there was already a pending contract with publisher Abrams — and he took it on as a celebration of the magazine.

“One of the important points I wanted to make was about the heritage of W as a kind of lifestyle publication,” he said recently from his office at Condé Nast’s Sixth Avenue building.

The book, which is in stores this week, is separated into three sections that look at W’s obsessions: the rich and famous — Jackie Kennedy, Pat Buckley; their homes, and excellent photography. In between, there are gatefolds dedicated to the magazine’s covers, its party coverage and its two gossip columnists, Suzy and Countess Louise J. Esterhazy.

But tribute though it may be, it comes as Tonchi tries to put his own stamp on the magazine.

For most of its time, W has been associated with high society — the John Fairchild years — and later, under Patrick McCarthy, with strong fashion photography. Tonchi has loftier ambitions, and he wants his anthology and the magazine to be taken seriously.

“It’s not just a coffee book. I really didn’t want a photography coffee book,” Tonchi said. “I wanted something people could actually learn from and learn about what the magazine is about. It’s about editorial choices. It’s not just about reproducing images.”

Tonchi is proud of the project for another reason — it’s his conception alone. Since his arrival, W’s ad pages have surged — they are up 12 percent through November, according to Media Industry Newsletter, but some of the credit inevitably goes to former publisher Nina Lawrence, who left in October; Lucy Kriz was named as her successor this month.

“[Lawrence] was important in conceiving the November issue. She saw it as an important way to get advertising. She didn’t have any input on the book. It’s completely an editorial project,” he said.