Checking In With Robert Gottlieb 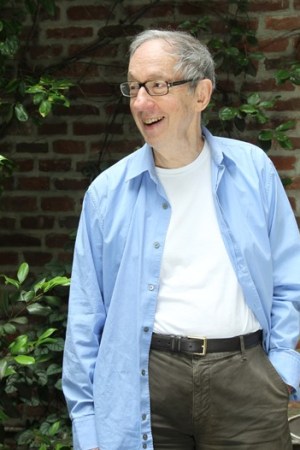 Robert Gottlieb has had a remarkable career as an editor and publisher. Now 80, he grew up in Manhattan, went to Columbia and then Cambridge University for a couple of years, then, in 1955, got a job as assistant to Jack Goodman, the editor in chief of Simon & Schuster. Gottlieb went on to become the editor in chief of that publishing house himself, a position he held until 1968, when he became president, publisher and editor in chief of Alfred A. Knopf. From there, he became the top editor at The New Yorker, succeeding the legendary William Shawn in 1987.

Gottlieb was himself succeeded at The New Yorker by Tina Brown in 1992. He realized then that he didn’t want to run another company or publication and went back to Knopf to become a book editor again, under Sonny Mehta, who had followed him. Gottlieb has also written biographies of George Balanchine and Sarah Bernhardt, serves as the dance critic of The New York Observer and has put together three anthologies on jazz, dance and lyrics, the last with Robert Kimball. Now he has come out with “Lives and Letters” (Farrar, Straus & Giroux), a book of his journalism for such venues as The New Yorker, The Observer, Vanity Fair, The New York Review of Books and The New York Times Book Review. There’s a story about Charles Dickens in “Lives and Letters,” and his next book will be about Dickens.

In person, Gottlieb looks considerably younger than he is — in fact, he’s looked much the same for decades, like a taller Woody Allen without the red hair, as has been noted by others. He has immense charm, which isn’t surprising in someone who has been able to shepherd the work of such a disparate group of writers through to successful publication. He lives in a town house on Turtle Bay Gardens, one of only three such communal back gardens in Manhattan, across the way from where both Katharine Hepburn and the great editor Maxwell Perkins once lived. The house has some unusual furnishings and details, too. In his sitting room, there are three huge posters of the disembodied heads of Norma Shearer, Clark Gable and Marion Davies. There is also quite a stock, filed away, of movies on tape. And then there are the handbags. Gottlieb has collected plastic and Lucite bags, of the Miami Beach type, for years. He even wrote a book about them, which was published by Knopf in 1988, called, “A Certain Style: The Art of the Plastic Handbag, 1949 to 1959.” They look extraordinary on a series of shelves built for them in a bedroom, their sculptural shapes evoking drive-in movie theaters and Florida Art Deco architecture.

The book features a terrific group of pieces, insightful, informative and well-written. Two of the best — and most unexpected — are those on the French child poet Minou Drouet — who retired at 14 — and the American murderer Scott Peterson.

Gottlieb decided to write about Peterson when he noticed that three books had come out at one time about this person, whom he’d never heard of (he doesn’t watch TV), and all began to climb the bestseller list. He begins the article with a comparison to Theodore Dreiser’s “An American Tragedy.” He stacks the protagonist of that book (which was actually inspired by a news story itself) up against Peterson, who doesn’t come off well. “I’m a great Dreiser-lover,” says Gottlieb. “‘Sister Carrie’ is devastating. He’s not a fluent writer, so people find his style off-putting. They prefer [F. Scott] Fitzgerald. For me, he’s too highfalutin. I believe everything Dreiser tells us, just like I believe everything in ‘Madame Bovary.’

“I first read ‘An American Tragedy’ in college, and in my entire life I had never read anything so painful,” he says. “I left the book at my parents’ house, and it took me six months to go back and finish it, because I knew what was coming and I didn’t want it to happen. It’s the same way I feel about [the play] ‘Othello’. I don’t feel that way about the opera; the music stands between you and the bleakness of it.”

Gottlieb doesn’t like George Stevens’ famous 1951 film of the story, “A Place in the Sun,” which stars Elizabeth Taylor and Montgomery Clift. “She’s such an unappealing character, you want to kill Shelley Winters yourself,” he says.

Asked about Sarah Bernhardt, who is mentioned in “Lives and Letters” in an article about her rival, Eleanora Duse, Gottlieb says of working on her autobiography, “I ended up really liking and admiring her — because she achieved so much in her art and evolved so much as a person. She started out with a lot against her.” She was Jewish, illegitimate and her mother was a courtesan. Any of these characteristics could have put her beyond the pale socially in the Europe of her time — but, thanks to her enormous fame, didn’t. “She’s thrilling; she’s a romp,” he adds. “She understood publicity more than anyone who ever lived. There’s something Henry James said about her, ‘She will do well in America’ — that’s what he meant.”

Over the years, Gottlieb has worked with John Cheever, Doris Lessing, Cynthia Ozick, Bruno Bettelheim, Mordecai Richler, Toni Morrison, Robert Caro, Michael Crichton, Hepburn, V.S. Naipaul, Elia Kazan and Bill Clinton. It was Gottlieb, in fact, who came up with the “22” to replace the original number, 18, in the title of Joseph Heller’s “Catch-22.” It had to be changed when Publishers Weekly announced that Leon Uris was launching “Mila 18” — which was a war book, too — in the same month of 1961. “That is my one immortal contribution to world literature,” he says jokingly. Hardly. It was he who suggested that Antonia Fraser write about Henry VIII’s many spouses, which she did with gusto in “The Six Wives of Henry VIII.” He edited Charles Portis’ “True Grit,” Jessica Mitford’s “The American Way of Death,” Diana Vreeland’s “D.V.” and Jean Stein and George Plimpton’s “Edie: An American Biography,” too.

What does he consider the secret of his own success? “You can’t legislate talent into people, but you can legislate efficiency,” he says. At his 80th birthday party, his daughter Lizzie, to whom he dedicated his new book, said, “‘I grew up on Daddy’s three rules of life: ‘Get it done. Do it now. Check, check and check again.’” To writers, he says, “Stop thinking about writing, and start typing. Sit down and do it!”

Gottlieb, who is married to actress Maria Tucci, with whom he also has a son, Nicky, lives only two blocks from his old Knopf offices. “I was so interested, I couldn’t wait to get to the office,” he recalls. “I never had any particular specific ambitions….I never asked anyone for more money.”

He tries to avoid dinner parties and other fetes as much as possible, and John le Carré, who was one of his writers at Knopf, had it written into his contract that Gottlieb had to give him at least one good lunch when he was working on a book, because he was tired of eating tuna sandwiches on the floor of his editor’s office while they were working on the manuscript.

“Some people should never be writers, but you can’t stop them,” Gottlieb says. “This is why I prefer the ballet world. There can be so much bulls–t in the theater world. But if you tell a ballerina, ‘Wonderful performance,’ she’ll say, ‘Oh, I came off pointe there; on the entrechat, the beats were not very good.’ You can’t fool a dancer. You can’t be a terrible dancer, because no one would put you on a stage. But endless books by people who can’t write are published. You’re not washed out of the field because you’re not good at it.” Gottlieb, in fact, was on the board of the New York City Ballet for many years, where he helped create the season’s programs and supervised its subscription and advertising campaigns.

When he left The New Yorker, he was given a substantial settlement that, as he told The Paris Review in a long interview in 1994 — the only one they have ever done with an editor, not a writer — made it unnecessary for him to keep working. When he first went back to Knopf, in fact, he was working gratis. But Gottlieb says he doesn’t want to go into any detail about what happened at The New Yorker, although one of the pieces in “Lives and Letters” concerns what Renata Adler wrote in “Gone: The Last Days of ‘The New Yorker’” about his years there — a book that, as he notes in the story, has a number of factual errors.

One of the projects he took on in his second tour of duty at Knopf is Katharine Graham’s memoir, “Personal History,” which went on to win a Pulitzer. “It’s her, her voice,” Gottlieb says. “It didn’t have to be rethought, restructured. I wasn’t fighting a temperamental writer; in fact, if anything, she was too modest. I stayed with her when I went to Washington, so I got to know her very well.

“I think that friendship is the least explored dynamic in fiction,” he adds. “Fiction is all about falling in love; what about falling into friendship? I knew within the first 20 minutes of meeting all my closest friends that we were going to be friends for life.” Gottlieb has a small group of pals in Paris, where he has an apartment. “We hang around. It’s like high school or junior high. We set out for, say, the Bon Marché. ‘Let’s meet on our corner at 11:30.’ So we have to have a coffee. And we walk, and it’s lunchtime. So we have to have lunch.” The editor is just off to Paris for five weeks, partly to see the performances there of the Miami City Ballet, with which he is deeply involved; he has a flat in Miami. He doesn’t watch TV, but watches certain DVDs “by the season,” often with specific friends. “One of my friends in Paris is the person with whom I watch ‘Project Runway,’ and ‘Battlestar Galactica.’” But he doesn’t like “Mad Men,” which is set in a period he actually lived through; he considers it “a soap opera for guys” and finds its perfect styling to be a “pastiche.” “When you’re living in a period, everything isn’t from that period.”

Gottlieb, in fact, isn’t an intellectual snob at all. He enjoys genre fiction, even “a good nurse romance.” Several years ago, he says, he took a look at bestsellers in the romance field and read many of them. What he learned was that the writer who is the top seller in the group, Nora Roberts, was by far the best writer, the most intelligent and the least formulaic. He also loved the “True Blood” novels, although he’s tried to read other books by Charlaine Harris and hasn’t liked them. What he liked about “True Blood” is that the series is narrated by a “young good-old-girl.” “I’m a big believer in genre fiction,” he says. “I deplore the idea that it’s all the same.”