What Is Corduroy Magazine Anyway?

A Twitter frenzy led to about 4,500 uninvited twentysomethings showing up to an otherwise “exclusive” party for Corduroy magazine. 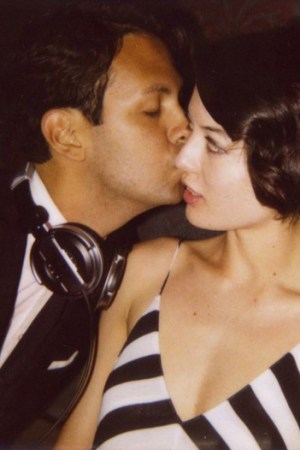 Pandemonium erupted outside New York’s Milk Studios Thursday night as thousands of bearded and bedazzled hipsters, theoretically there to celebrate the launch of Corduroy magazine’s spring-summer issue, were greeted not with musical performances and free alcohol but by the blaring sirens of New York’s finest. Indeed, the vintage-headband set came out en masse to see performances by Pete Doherty — who didn’t actually perform and was reportedly barred entry at JFK — and Sean Lennon, who did, joined onstage by chain-smoking ex-girlfriend Irina Lazareanu…at least, that’s what several people who did gain entrance told WWD. Many from the fashion set, such as designer Sophie Theallet, never made it inside. The morning after the We Work-sponsored event, a spokeswoman for Corduroy claimed the near-riot resulted from music-indie Web site Brooklyn Vegan leaking the invitation and listing the event as a free Doherty show. Fans of the Libertines’ lead singer then took to Twitter and the viral frenzy led to about 4,500 uninvited twentysomethings showing up to the otherwise advertised “exclusive” event. The heaving throng blocked the sidewalk, hence the arrival of the police. Next time, perhaps Corduroy should just live-stream it.