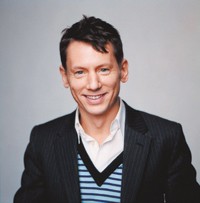 What will magazine editors be reading as they lounge on seashores and in country cottages during those lazy, hazy days of summer? Mostly, Anderson Cooper.

Cooper’s “Dispatches From the Edge” showed up on multiple media summer reading lists this year, as did Sean Wilsey’s memoir, “Oh the Glory of It All”; Zadie Smith’s “On Beauty,” and “One Hundred Years of Solitude” by Gabriel García Márquez.

GQ’s Jim Nelson is rediscovering “Commie fiction” this season, while Seventeen’s Atoosa Rubenstein will learn about “The Power of Nice.” The biggest surprises? Gossip columnists read The New Yorker and Food & Wine editor in chief Dana Cowin plans to spend her summer reading “Tender at the Bone,” a book by her chief competitor, Ruth Reichl of Gourmet.

Here is what various media people told WWD they would be thumbing through in the next few weeks. Or, at least, what they’ll claim they read come Labor Day. Their responses, all via e-mail, ran the gamut from terse one-liners to book report-length critiques (thanks, Mr. Nelson).

Jim Nelson, editor in chief, GQ
“The richest, funniest memoir I’ve read in years is ‘Oh the Glory of It All’ by Sean Wilsey, because it gives me a taste of what my life would have been like if I had grown up rich in Reagan-era San Francisco, if my father had a helicopter and my mother had a dream; if mom had been a fascinating, narcissistic socialite who dated Frank Sinatra, hosted a TV show, and became a very oh-brother-y world-peace activist. But mostly I love the book because it is fundamentally honest, often hilarious and totally uninterested in self-glory.

“Suddenly, Sixties and Seventies Eastern European ‘Commie fiction’ — which I had banned from my shelves years ago (Too dreary! Too Communist!) — feels fresh again. Milan Kundera’s ‘The Joke’ isn’t much of a joke. It isn’t really much of a novel. But when the main character loses his job for saying the wrong thing (think ‘The Human Stain’) and embarks on an existential road trip, Kundera’s flattened style and soaring spirit starts to feel like the missing link between Hemingway and Sartre — lots of sex and searching for meaning (here, they are basically the same thing), but with the shadow of the state hovering over everything. Why does the book feel modern? Maybe it’s just the comfort one takes in knowing that an era of political repression will soon end.

“The coffee-table book ‘Things as They Are’ by Mary Panzer isn’t exactly what you’d like to flip through while sipping Nescafé — it’s a tough-minded, comprehensive and beautifully designed celebration of the history of photojournalism — but if your coffee and spirit are strong, you will be inspired by the art of the actual.”

Graydon Carter, editor in chief, Vanity Fair
“[I’m] currently reading the autobiography of Oscar Levant that the writer Sam Kashner sent me. And then the biography of Henry Luce’s partner, Britton Hadden, and then P.G. Wodehouse for the rest of the summer.”

“Flaubert: A Biography” by Frederick Brown.

“The Girls” by Lori Lansens.

Richard Story, editor in chief, Departures
“I am actually rereading South American works or works about South America for our October issue, devoted to all things Latin American: ‘One Hundred Years of Solitude,’ ‘In Patagonia’ by Bruce Chatwin, ‘The Old Patagonian Express’ by Paul Theroux and also a fascinating tome called ‘At the Tomb of the Inflatable Pig’ by John Gimlette, a British journalist, which is about all the crazies that end up in Paraguay — from jaguars and Japanese lungfish to defrocked Jesuits and escaping Nazis!”

Amy Astley, editor in chief, Teen Vogue
“Heat” by Bill Buford: “Leave 4 Times Square for the kitchen? This is what my kids fantasize about!”

“Dispatches from the Edge” by Anderson Cooper: “I read the excerpt in Vanity Fair and now I actually plan to read the book.”

“Strange Piece of Paradise” by Terri Jentz: “This book is written by a woman who survived a brutal and random attack many years ago while camping as a young woman….I am always thinking about violence against women, especially young women, because of my work at Teen Vogue.”

“Oh the Glory of It All” by Sean Wilsey.

“Them” by Francine du Plessix Gray.

Atoosa Rubenstein, editor in chief, Seventeen
“The Power of Nice — How to Conquer the Business World With Kindness” by Linda Kaplan Thaler and Robin Koval.

“Parting the Waters: America in the King Years” by Taylor Branch.

“The Sound of No Hands Clapping” by Toby Young.

“The Sand Cafe” by Neil MacFarquhar.

“About 20 back issues of The New Yorker.”

Jesse Oxfeld, co-editor, Gawker.com
“I’ve got literally about a year of New Yorkers stacked up, and I’ve got to catch up or else I break my streak. (It’s a true fact of my life — or at least it was until this backlog — that I’ve read more than 90 percent of all nonfiction published in The New Yorker since 1992.)”

“American Pastoral” and “I Married a Communist” by Philip Roth.

“The Virgin Suicides” by Jeffrey Eugenides.

Mike Lafavore, editorial director, Meredith
“Bound galleys of ‘L.A. Rex,’ a first novel by a South Central cop; ‘Mayflower’ by Nathaniel Philbrick; ‘The People’s Act of Love’ by James Meek, a novel set in Siberia in 1919, and ‘Send in the Idiots: Stories From the Other Side of Autism’ by Kamran Nazeer, a book about four classmates with autism in the New York City school system by a writer who is himself autistic.”

Susan Wyland, editor in chief, Weekend
“On my reading list: Jeffrey Eugenides’ ‘Middlesex,’ which is set in Detroit, where I’m from, but I’ve still not read; ‘The Glass Castle: A Memoir’ by Jeannette Walls, and Julia Glass’ new novel, ‘The Whole World Over,’ which I just ordered from Amazon.”

“Elements of Style” by Wendy Wasserstein.

“On Beauty” by Zadie Smith.

“Tender at the Bone” by Ruth Reichl.

“Dispatches From the Edge” by Anderson Cooper.

Melissa Milrad Goldstein, fashion and beauty editor, Better Homes & Gardens
“If I get a moment between playing Candy Land and reading ‘Good Night Moon,’ I plan to indulge in some Anderson Cooper and read his book, ‘Dispatches From the Edge.’ I hope he writes as well as he looks.”