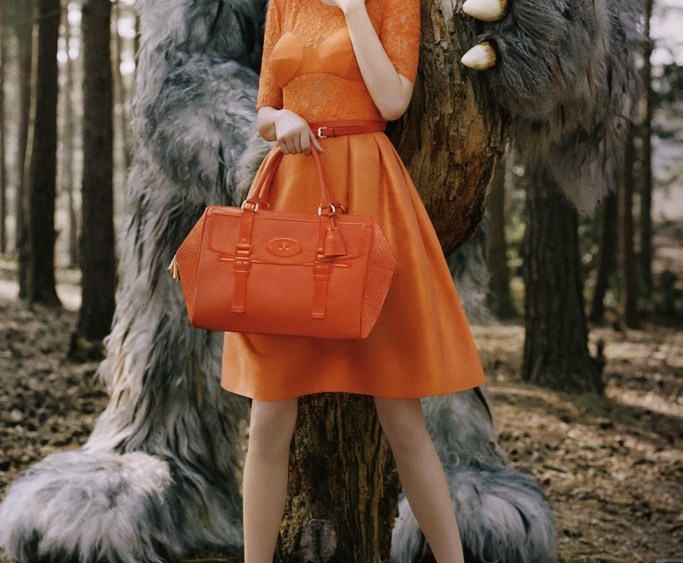 WILD THING: Mulberry’s fall ad campaign could well be a first for the industry: a cross between the Muppets and “Grimm’s Fairy Tales.” The brand hauled in two giant furry beasts with claws to appear alongside model Lindsey Wixson. She is wearing looks from the fall collection and carrying — at various points during her forest trek — the Del Rey, Maisie and the new embellished Alexa bags.

Shot by Tim Walker in Blackheath Forest in Surrey, England, the campaign was inspired by creative director Emma Hill’s themes of dark fairy tales and fantasy travels. “The campaign is an interpretation of dreams and fears,” said Ronnie Cooke Newhouse, who art directed the campaign with her company, House + Holme. Walker said: “Ever since I was a little boy, I hoped to see a monster in the woods. Now, we all get to.” The campaign will break in The New York Times on June 24, and then in the August issue of U.S. and U.K. Vogue.