Young will be featured alongside model Stella Maxwell in the fall ads. 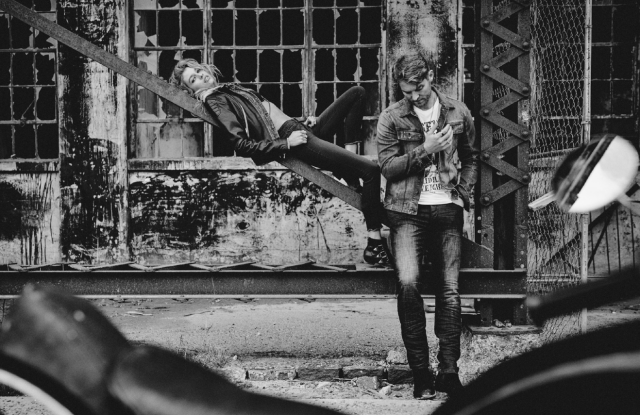 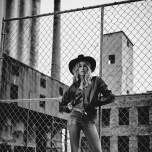 Move over Justin Timberlake, William Rast has found a fresh, new face to front the brand.

The label, whicht was founded by Timberlake and his childhood best friend Trace Ayala in 2005, has tapped rising country star Brett Young as its brand ambassador. Young, whose debut album has spawned four consecutive number-one hits, appears in the fall advertising campaign alongside model Stella Maxwell who has graced myriad magazine covers over the course of her fashion career.

“I’m so excited to be working with William Rast,” Young told WWD. “This is my first fashion campaign and it has been so much fun collaborating with their team. The shoot with Stella was a blast, and she couldn’t have been more sweet or helpful. I think there are a few moments where she even made me look like I knew what I was doing.”

The images were shot by fashion photographer Boo George and styled by Deborah Watson and are intended to showcase the collection’s Americana vibe. Young “embodies the modern interpretation of Americana biker culture and casual fit and form of the men’s line,” the company said, while Maxwell “perfectly walks the thin line between accessible tomboy and sensual woman who mirrors the inspiration for the women’s wear collection.”

The national advertising campaign will launch in select traditional and digital media outlets and in retail stores across the country today.

“William Rast is at the intersection of music and fashion. We knew that Brett Young and Stella Maxwell could capture that intersection beautifully and deliver incredible creative,” said Karen Castellano, fashion division president at Sequential Brands Group, which is the majority owner of William Rast.

The brand has gone through several iterations since its founding. It is best known for its premium denim and related pieces and is carried at department stores including Macy’s, Dillard’s, Belk’s and Lord & Taylor as well as on Amazon. Its aesthetic has been described as “Tennessee meets Hollywood, Rat Pack meets James Dean.”

Young is the current Academy of Country Music’s New Male Vocalist of the Year and will be embarking on his first headlining tour in November as part of CMT on Tour: Here Tonight. His most recent single, “Mercy,” spent six consecutive weeks atop Vevo’s Top Country chart and two weeks at the top on Billboard’s Country Airplay chart. His music video for “In Case You Didn’t Know” has surpassed 197 million views. He is touring with Thomas Rhett.