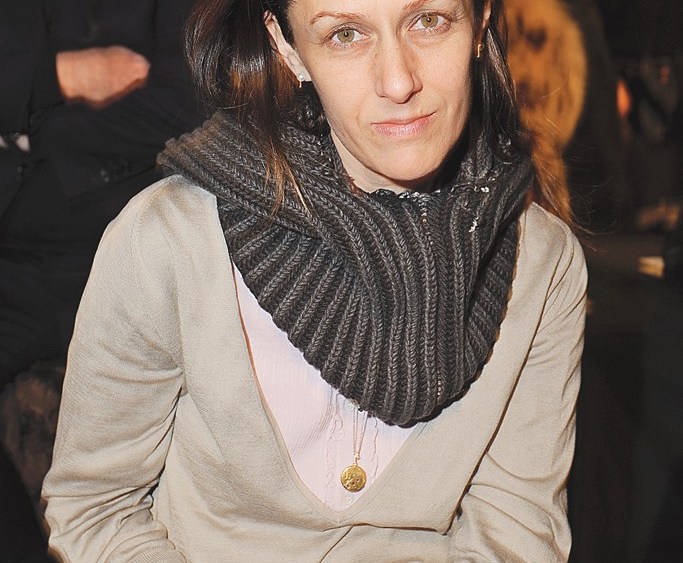 NEW YORK — Five years ago, The New York Times had a real business on its hands when it badly needed one. T: The New York Times Style Magazine had become a powerhouse. It had just over 1,600 ad pages, and brought in more than $45 million in revenue. It was frequently mentioned by chief executive officer Janet Robinson in quarterly earnings calls and at media summits as being a standout business for The New York Times Co.

Meanwhile, across town, Rupert Murdoch, fresh off closing on the sale of The Wall Street Journal, was assembling his own luxury magazine, WSJ. When the magazine came out in September 2008, it came off as a poor imitation of T, and a transparent attempt by Murdoch to elbow his way even further into the Times’ turf. The verdict came in early: It was T’s town and there was no competition.

Not so fast. In the year of crazy catch-ups, with the Giants surging to a Super Bowl championship and Linsanity and Rick Santorum roaring up to Mitt Romney, WSJ. editor Deborah Needleman has driven the Journal’s magazine into sudden contention with T editor Sally Singer’s domineering but also flat-lining title. In 2011, WSJ. had a double-digit increase in ad pages and this year will get another frequency bump to 10 issues, the third time that’s happened in three years. As for T, from going to a star of the Times Co., it has now become something of a source of frustration for the ad sales team and the paper’s executive editor, Jill Abramson.

The gap between the two glossies remains significant — T, which published 15 times last year, finished 2011 with 1,087 ad pages, according to Media Industry Newsletter, and WSJ., which published nine times, had just 383, according to stats provided by the Journal. But Murdoch’s team is beginning to feel some momentum and sensing an opportunity.

“If there are 1,000 pages out there that T has, I want a good portion of them,” said WSJ. publisher Anthony Cenname.

When Singer came to T, succeeding Stefano Tonchi, she wanted to create a more readable magazine, something that a reader of A1 news wouldn’t find to be such an exotic little creature that looked entirely out of place in the paper.

“I want to make sure that the reader who reads the front page [of the Times] doesn’t think of T as this strange dispatch from ‘Project Style’ that they can toss away with everything else,” Singer told WWD last year.

She went to work retooling it. Her magazine is grungy, cool and downtown. Her women’s fashion issue has Lana Del Rey on the cover, shot by Terry Richardson. It does not bear much resemblance to the explicitly commercial enterprise that Tonchi’s T was.

Early on, it seemed like a bit of a risk to muck with the T format since it had been a success at its only real mission: to be a cash cow. The paper’s former executive editor, Bill Keller, once said that T was created to “generate the revenues that help subsidize the stuff that drew most of us into the business.”

These days, its results have been mixed. In 2011, T had an ad page bump of 0.7 percent, according to data from Media Industry Newsletter. T’s upcoming fashion issue had an 8 percent decline, according to MIN. It was a noticeable drop for the magazine considering nearly every major fashion title had strong results in the second biggest month of the year for fashion titles (Vogue, InStyle, Elle, Marie Claire, Glamour, W and Harper’s Bazaar all had ad page gains ranging from 2 to 31 percent in their March issues).

The paper’s new executive editor has taken notice. According to several Times insiders, Abramson gave Singer a dressing down late last year after hearing complaints from the ad sales staff. They were having a tough time selling her magazine. The ad sales team was not a big fan of the magazine’s visuals. It was time to go ahead and make a slightly more marketable title. And perhaps those black-and-white covers — five of Singer’s first 17 issues have had them — could go. Any hiccups at T are particularly felt considering that the Sunday Magazine — itself under a new editor, Hugo Lindgren — has dropped 28 percent in ad pages from the beginning of the year to mid-February, according to MIN.

“Jill’s position is that T largely exists for one reason and one reason alone: To make money,” said a Times source. “It should not be something, like our coverage of the White House or how we handle anonymous sourcing on sensitive A1 articles, that should be occupying a lot of her management time.”

Singer declined to comment for this story and Abramson was traveling, but said in a statement: “Sally is a brilliant editor who has done a terrific job with T to the great benefit of our readers. The upcoming spring fashion issue is absolutely gorgeous and full of interesting and enterprising pieces. It is one of her finest issues to date.”

Indeed, sources said Abramson and her boss, Times publisher Arthur Sulzberger, both believe Singer is a talent, but they have real concerns about her budget. And the objections with the visuals in Singer’s magazine are not limited to her ad sales department. Just ask her predecessor, who has long to be known as a quasi-publisher in his own right.

“It’s different from my vision,” current W editor in chief Tonchi told WWD last June. “I had a very specific vision, I suppose. I like large images, I like white space, I like a certain kind of elegance in the design and the images and I thought that was the way to make a difference from the rest of the paper, from [the Styles section]. Now, it’s all a little bit like soup. You don’t know exactly if you’re in T, in the New York Times Sunday Magazine, the style pages or the paper.

“I think I brought in a lot of great images,” he continued. “I don’t see them anymore, photography particularly.”

(Tonchi’s W is starting to pick up: After a single-digit ad page bump in 2011, the magazine has a 17 percent gain in the first quarter of 2012, tied for the biggest quarterly increase in the magazine’s history. Its April issue is up more than 30 percent, said a spokeswoman for the magazine).

Like Tonchi’s W, Needleman’s WSJ. is bringing in good returns. Since she took over in 2010, the Little Engine That Could of the Journal newsroom has had frequency increases from six to nine to 10 issues. In the six issues that overlapped between 2010 and 2011, it saw 30 percent ad page gains, according to the Journal’s internal stats, which a spokeswoman said are tallied in accordance with how the Publishers Information Bureau would add it up. In 2010, WSJ. finished with 217 ad pages and last year had 383. Its March issue is up 27 percent year-over-year and its publisher said that the April issue will be up more than 50 percent. The magazine, which once had no place in the world of fashion media, is quietly beginning to circulate more and more.

Needleman created a cult magazine in Domino, but it wasn’t a commercial success — it closed four years after it started, one of six Condé Nast titles that shuttered in 2009. Now, it appears that Needleman that could be turning into a bit of a business success.

“It’s nice that it’s fat with ads and they’re good-looking ads,” said Needleman. “But from my perspective I’m still doing the same thing, which is trying to make the best magazine I can make. But it’s definitely nicer be at a growing magazine.”

When she took over WSJ., she said it was a “respectable luxury platform” but that “it didn’t have a whole lot of personality.”

She said she had to set out figuring out a way to connect a lot of different interests for her luxury title — fashion, luxury, philanthropy, art, food, business, design and technology.

“The filter — that’s how these disparate subjects get held together in one magazine,” she said. “I had this at Domino. All the stories have to meet certain criteria. It’s like influence, and creativity and innovation and power or a sense of independence. Every person, idea or story is in some way kicking off one of those boxes and that’s how it keeps it coherent. Lots of magazines create coherence by doing all one thing — it’s like Dwell, it’s all one look or something! But the other way, in my mind, is to have a kind of filter that everything goes through. You basically create a world, a little hermetic world.

“I felt like at Domino we were feeding decorating crack to 30-year-old girls,” she continued. “The audience was made for what we were serving them. It surprises me and this is something that pleases me much more than any of the ad things.”

And what of her rival, Singer? When Needleman and Singer were both appointed to their jobs, it looked like it could be the most intriguing of the several wars between the Journal and the Times. After all, both were extremely well-respected and burnished their reputations at 4 Times Square — not the newspaper world. Is T Magazine her rival?

“I was giving this talk to the ad people yesterday or two days ago, and I think it’s really something that’s true for the advertisers,” she said. “To them, they are our direct competitors. The ad dollars are finite and if they go here, they’re not going somewhere else. But making a magazine is not quite like that. I truly don’t ever think about other magazines when I’m making this magazine. I feel like it’s a natural comparison for other people to make but it doesn’t feel real to me at all.”

But to her bosses? And to Singer’s? It’s starting to feel very real.