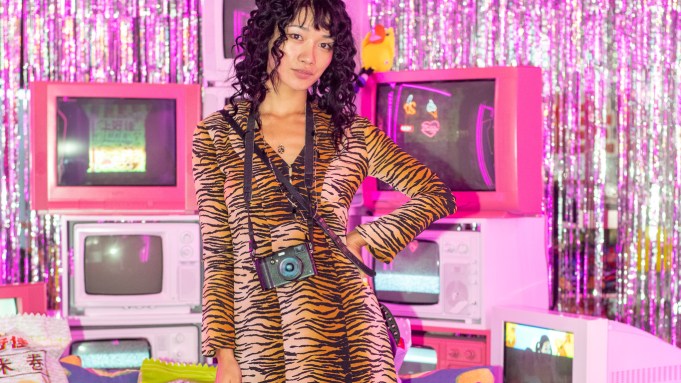 Dazed magazine got quite the launchpad in China, unveiling its country edition at Yohood in Shanghai on Thursday and mixing alongside more than 150 brands at the country’s most influential streetwear festival.

“Youthquake” was the theme for this year’s Yohood, a three-day affair that drew a range of brands eager to gain a foothold with the country’s fashion-hungry Gen Z. While there were the usual suspects like Adidas, Onitsuka Tiger and Puma, there were others like Montblanc, which was touting its Bing Xu collection backpack; Drew House, the Justin Bieber-backed line, and beauty brands like Ipsa, Mise en Scène, and Unny Club.

Although this is the seventh time Yohood has been held, it marked the first time it extended its activities beyond the fairgrounds itself for a week until Sept. 6. The event partnered with dozens of restaurants, hotels and venues across the city to do cross-branded promotions such as special coffee beverages with the trendy café chain Manner coffee and offering a mooncake gift set designed with U.K. artist Jon Burgerman.

“Dazed had already been working with a lot of Chinese new generation photographers and artists,” Hack shared, “and it just feels like a new era really of creative expression in China, so the timing seemed absolutely perfect and when Adrian Cheng introduced me to Mars [Liang, Yoho founder], things started falling into place because we’d been looking for a partner for quite a few years.”

Hack later hosted the magazine’s official launch party at the Old Shanghai Chamber before moving to the nightclub Le Baron, but not before he shared that at least one other country edition of the magazine was in the cards.

“The next one we are looking at is rebooting Dazed Japan,” Hack said. “We had Dazed Japan for 10 years and then the license ended and it’s been quiet for a while. It feels like the right time.”