If the pace of deal flow is any indication, the beauty industry is seemingly disinterested in beauty sleep.

Huda Kattan’s business, Huda Beauty, has received a minority investment from private equity firm TSG Consumer Partners. Based in Dubai, Kattan has built a global makeup operation with products sold at Sephora, Cult Beauty and Harrods. She’s the first beauty influencer to attract a business investment from a traditional beauty investor. Terms of the deal weren’t disclosed, but industry sources estimate Huda Beauty will do $200 million in retail sales for 2017.

Speculation is swirling around Anastasia Soare’s business, Anastasia Beverly Hills, which is credited with putting eyebrows on the beauty map. Many industry sources have said the business has tapped Imperial Capital to consider a sale process.

Another beauty business — Goddess Garden — has raised a Series B from Renewal Funds. Goddess Garden makes a line of organic sunscreens and skin-care products sold in Whole Foods. The funding is expected to help the business expand its product assortment. Here, a closer look at the three transactions.

Kattan’s business, Huda Beauty, has received a minority investment from private equity firm TSG Consumer Partners, which has backed brands like Smashbox and It Cosmetics. The deal is expected to support the brand as it continues expanding.

Kattan started Huda Beauty in 2013 with a line of false eyelashes. Since then, she’s expanded with Highlighter Palettes, Lip Strobes, Obsessions Palettes (themed by color), the Desert Dusk Eyeshadow Palette, a 40-shade #FauxFilter foundation range and primer. The brand was started by Kattan and her family, including sisters Mona and Alva, and her husband, Christopher Goncalo, all of whom remain involved in the business.

“There’s so much more we want to do right now,” Kattan said. “We have so much more to do for Huda Beauty — we’re not in a lot of places, we’ve only hit 40 Sephora doors in the U.S. and our productivity is really high. We want to go into more Sephora doors — that’s really important. We’re not going to be in every single store, that’s never our goal, but we want to be in more places and more accessible.”

Huda Beauty is in the process of tackling the U.S. market, where it started a major rollout earlier this year. Going forward, the brand is planning continued geographic expansion and is considering Singapore, Malaysia, Indonesia and other countries, Kattan said, noting certain places are off limits for now because of animal testing requirements. In addition to Sephora, Huda Beauty is sold at Harrods, Selfridges, Cult beauty and ShopHudaBeauty.com, though Kattan noted the majority of the brand’s sales come from retail distribution.

The brand’s product development strategy is going to remain the same, according to Kattan and, with TSG, Huda Beauty is set to continue to expand its product assortment.

“I always think of it like, ‘what is missing? What needs to happen?’ And that’s where we start,” she said. “We’ve had meetings with some of our retailers [who will suggest going into eyebrows] and I’m like, ‘that doesn’t make sense [because there are already many good eyebrow products out there.]'”

That attitude is part of the brand’s magic, as Kattan explains it. “A lot of our customers are asking for liner, and I’m like, I like the liner out there,” Kattan said. “We’re not a me-too brand, we don’t do things because everyone else is doing them.” 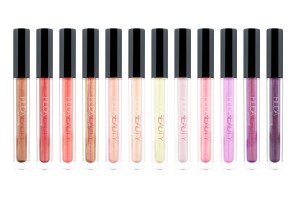 “She’s come to the market with her own playbook and we think that’s been one of many contributors to her success,” Mullin said. “Huda has a special something that’s hard to put your finger on. This is a business where from our perspective, we’ve never seen a brand with a fan base and a user base that truly spans the globe,” Mullin said. “She is speaking to every woman.”

Kattan — who has 22 million followers on Instagram, four million YouTube subscribers and 1.5 million unique visitors to her blog — is the first influencer to attract a traditional private equity partner. In 2013, in a different type of deal, L’Oréal teamed with Michelle Phan, the first widely known beauty vlogger, to create Em Cosmetics. It was not a hit. L’Oréal sold the line to Ipsy (which Phan cofounded) in 2015, and Phan bought it back outright earlier this year. Other influencers, from Jaclyn Hill to Patrick Starrr, have collaborated with brands like Morphe, Becca and MAC Cosmetics. Hill has plans to develop her own line, and Jeffree Star’s line is said to have gained significant scale.

“She’s actually an influencer who has developed wholesale accounts as well, and I think a lot of influencers have in some ways only done collaborations with existing brands or haven’t established a wholesale presence to compliment [direct-to-consumer],” Mullin said.

Plus, Kattan’s business is said to be significant already — both in terms of global scale and its numbers. Industry sources said the business is on track to do $200 million in sales for 2017. In addition to geographic expansion next year, the brand is planning to open an office in Los Angeles, Kattan said. WWD reported that Huda Beauty had hired Financo to consider a minority deal back in October. Mullin said she also sees the opportunity to increase awareness, trial and conversion. Moelis advised TSG on the deal.

Kattan and TSG met at the WWD Digital Beauty Summit in February, where Welch approached her at lunch — business card in hand. Kattan said she was impressed by TSG’s track record — it was an early investor in the beauty space, and has backed companies including Smashbox, E.l.f. Cosmetics, Perricone, It Cosmetics and recently invested in Revolution Beauty.

In addition to the capital injection, Kattan has established HB Investments, which will make seed-level investments and provide guidance to entrepreneurs in the beauty and wellness space through a program called Huda Beauty Angels. The fund will take a stake in each investment with the goal of growing the businesses and the fund, which will initially start with up to $10 million.

When she began, Kattan, then looking for $10,000, had a hard time getting the capital for her company. At one point roughly three years ago, she was offered $1.5 million to sell a 60 percent stake in the business. She declined.

Is Anastasia Soare gearing up to sell her beauty business?

Speculation in the market says yes. But asked directly if she hired a bank to conduct a deal, or if she’d like to comment for this story, Soare, the founder and chief executive officer of Anastasia Beverly Hills, simply said “no.”

A handful of industry sources have said Anastasia has tapped investment bank Imperial Capital to explore sale options. One source said first-round bids were due Dec. 8. Imperial did not respond to a request for comment. 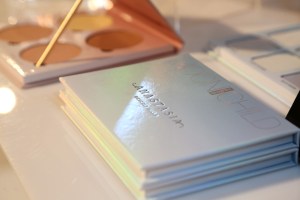 If a deal were to come to fruition, it would be a big one. Anastasia is said to have at least $340 million in net sales, with about $200 million in earnings before interest, taxes, depreciation and amortization. Put in the context of other recent transactions for makeup companies — like It Cosmetics’ 6.1 times sales price tag, or Too Faced’s 5.5 times sales sale price — Anastasia’s price tag could be in the billions, if Soare were to sell the whole thing. (It Cosmetics posted $182 million in sales the year before L’Oréal bought it for $1.2 billion, and Too Faced had about $270 million in net sales the year Estée Lauder agreed to pay $1.45 billion for the business.)

For Soare, a sale process would mark a departure from her previously M&A-averse attitude. At the WWD CEO Summit in West Palm Beach, Fla., in 2016, Soare acknowledged the interest the brand had received from potential partners, but said: “I own 100 percent of the company, if you are curious about that. I don’t have any investment, and I’m not planning to get any [any]time soon.”

Sources speculated that the company could be a target for major beauty players like the Estée Lauder Cos. Inc., L’Oréal, LVMH, Shiseido or Unilever, or large private equity firms.

Soare is largely credited with putting eyebrows on the beauty map, and in 2014 launched into other color products. Today, the brand has a full line of brow products, brushes, highlight and contour kits, eye shadows and lip colors. Anastasia is sold in prestige retailers, including Sephora, Ulta Beauty, Macy’s and Nordstrom.

Anastasia has a large social following with 15.2 million followers on Instagram and frequently reposts the content of its users. The brand has been toward or at the top of the Tribe Dynamics Earned Media Value list for cosmetics for a while — it was number one for the month of October, with 13 percent year-over-year EMV growth to $104.4 million.

Skin-care company Goddess Garden has raised another round of capital from Renewal Funds.

The company has just closed a Series B round from the Vancouver, British Columbia-based fund. Renewal has backed brands like Seventh Generation (now owned by Unilever). Terms of the deal were not disclosed.

The round follows the company’s Series A, also raised from Renewal, which closed in December 2016. Since then, Goddess Garden has more than doubled its distribution, and is in more than 22,000 doors with Whole Foods, CVS, Walgreens, Kroger, Wal-Mart, Sprouts, Wegmans and other natural-oriented retailers in the U.S. and Canada. Goddess Garden also rebranded and added more colorful packaging.

Nova Covington, the founder and ceo of Goddess Garden, says the company is planning to use the additional money for product development.

Recently, the brand launched aromatherapy fragrances — Essential Oil Roll-On Perfumes — and corresponding bracelets. All of Goddess Garden’s aromatherapy perfumes list the fragrance ingredients on the label in the name of transparency, Covington said.