Suddenly sturdy and sensible footwear is stealing all the headlines — and stoking investor interest.

The deal followed a bumper initial public offering last month for Dr. Martens, and amid a sale process for Reebok, currently owned by Adidas.

Even Scholl, maker of modest wooden sandals and comfy clogs, is about to relaunch in Europe and beyond.

“Private equity is interested in casual footwear,” said Luca Solca, luxury goods analyst at Bernstein, also citing the recent successful placement of Golden Goose. “COVID-19 has boosted a process toward casual and comfortable that was already under way, both in apparel and in footwear.”

Asked if there were other brands on the horizon that could pique investor interest, Solca said: “There are many footwear brands popping up here and there. Think about Allbirds or Autry, just to name two.”

“Money has never been so plentiful, but investors are generally less tolerant of risk, so successful companies with strong brands are all the more attractive,” he said.

Describing a strong complicity between the Arnault family and the Catterton team, Mallevays noted “both share a unique understanding of successfully managing brands whilst carefully nurturing brand equity.”

Birkenstock has certainly raised its profile in recent years: hosting events during Paris Fashion Week, collaborating with top-tier designers like Rick Owens, and even convincing Manolo Blahnik, the king of delicate heels, to pose in its advertising.

In Mallevays’ view, the new majority owners of Birkenstock will offer “guidance and support in reinforcing its brand positioning and in streamlining and strengthening its distribution channels, which have been the strong suits of the luxury sector.”

The rise of sneaker culture has led investors to explore, and exploit, the potential of other comfortable — and potentially collectible — types of flat footwear. Earlier in February, Permira was tipped as one of Birkenstock’s suitors, and that was not a surprise.

In late January, Permira took Dr. Martens public on the London Stock Exchange at a top-of-the-range price of 3.70 pounds a share. The offer was oversubscribed eight times before it landed on the board, and the shares have been trading at around 5 pounds since then.

Permira purchased Dr. Martens in 2014 for 300 million pounds, and more than tripled the revenues to 672.2 million pounds in fiscal 2019-20. It raised 1.3 billion pounds from the float, and retained a 42.9 percent stake in Docs, convinced the British bootmaker still has miles of growth ahead of it.

Last year Permira added Italian brand Golden Goose to its stable. While its sneakers may have a much higher price tag than Dr. Martens, Permira clearly sees potential in both as women cast off their heels and pivot their spend to cool flat shoes that can be worn every day.

While financial terms were not disclosed on Friday, 250-year-old Birkenstock is believed to be valued at 4 billion euros. The company reported revenues of 720 million euros in 2019 and hinted that it powered ahead last year in spite of the pandemic.

The two remaining relatives of the founder of the company, Christian and Alex Birkenstock, said they entered “this strategic partnership after carefully examining all options.”

They said the sale would “further strong growth in future growth markets such as China and India” and that the new partners would invest in German sites and expand production, logistics and sales operations. “At the same time the company plans to invest in the further development of its direct-to-consumer business and the expansion of its e-commerce platforms,” Birkenstock said in a statement.

Although Birkenstocks’ new connection to Arnault’s LVMH, is indirect — that is, via L Catterton — there is potential for greater collaboration between the luxury giant and the German footwear brand.

A leader in the luxury market, LVMH has a market capitalization of 266 billion euros. Its global presence and stable of brands and companies connect Birkenstock to various possibilities, everything from more of the savvy designer collaborations with the likes of Valentino and Proenza Schouler that have brought the company so much attention over recent years, to a slot in the duty-free sector, thanks to LVMH’s DFS subsidiary.

Birkenstock has also dabbled in other lifestyle products, including a line of signature beds and an array of natural cosmetics. 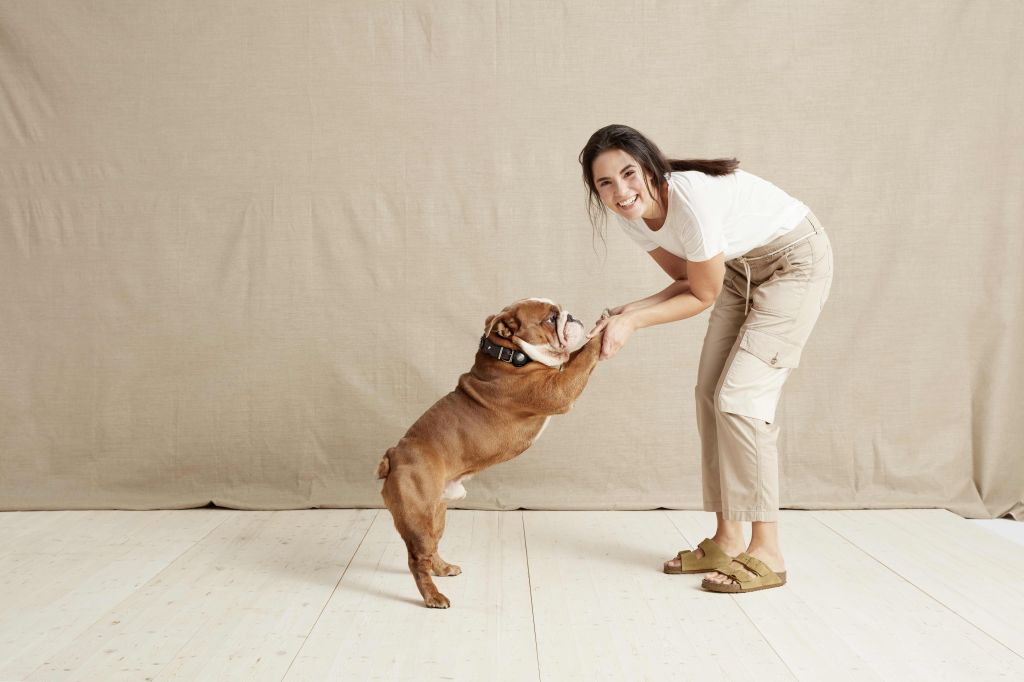 Market watchers have suggested that Birkenstock may develop the same way German luggage brand Rimowa has since LVMH bought a majority stake from that family-owned brand’s heirs for 640 million euros in 2016. Since then, LVMH has pushed Rimowa toward more designer collaborations, including with streetwear stalwarts like Supreme and Off-White, as well as with LVMH stablemate Dior. LVMH also opened more Rimowa stores, and diversified the product range with new colors and sizes, as well as soft accessories and eyewear.

L Catterton is a partnership between the original U.S. investment firm Catterton and Arnault’s LVMH and Groupe Arnault, formed in 2016. It describes itself as “the largest, diversified consumer-dedicated private equity firm in the world” and has more than $22 billion under management, with stakes in a wide variety of firms, including Everlane, Ba&sh, Intercos Group, Sweaty Betty and more. L Catterton recently snapped up Jott, a French outerwear firm known for its lightweight puffers.

The Birkenstock brothers, who will stay on with the company and hold a minority share, praised their new business partners for “a deep understanding of the details of a manufacturing business that is all about quality and a respect for brands with a long heritage like ours.”

“We truly appreciate brands with this long heritage,” Arnault said in a statement. “Together we will provide support to the business so it can fully realize its significant growth potential.”

In Friday’s statement, Birkenstock said it is “performing better than ever before in its 250-year history and reported “another record year” despite the coronavirus pandemic.

Certainly Birkenstock, which produces around 24 million pairs of shoes a year, has been one of the winners of lockdowns everywhere. Between April and June 2020, searches for the brand’s distinctive sandals rose 225 percent, according to online fashion search engine Lyst.

A Birkenstock spokesperson noted that the brand has grown steadily over the last decade: “Sure, the lockdown and home office have given us a boost. But Birkenstock was beloved before the pandemic, and we believe we will be after the pandemic, too.”

Blahnik certainly gave a lyrical endorsement last year when he appeared in the Birkenstock campaign.

“They are intelligently designed and wonderfully comfortable, with a classical continuity,” he enthused. “I respect that as a brand they have never conformed to trends and have an ethos of creating designs built to last.”

Why Are the Blahniks Wearing Birkenstocks?