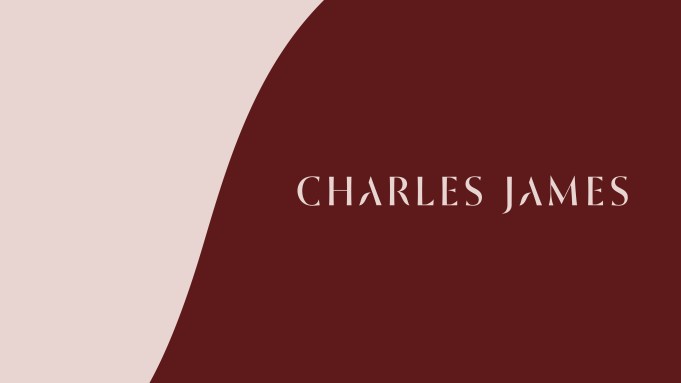 PARIS — Surfing on a wave of interest in Charles James, French entrepreneur Arnaud de Lummen is seeking an investor to snap up the rights to the dormant label.

In concert with the heirs of America’s best-known couturier, the serial brand reviver had given a mandate to London-based mergers and acquisitions firm Savigny Partners to present a sleek brand book, featuring a new visual identity, to interested parties starting next week.

De Lummen, who is behind the comebacks of brands including Vionnet, Moynat and Poiret, joined forces with siblings Charles and Louise James in 2016 following a legal tussle with Harvey Weinstein’s production company.

The now disgraced Hollywood mogul had revealed plans to revive the Charles James brand in 2014, on the eve of a major exhibition of the designer’s work at the Costume Institute at the Metropolitan Museum of Art in New York.

With Weinstein out of the picture, de Lummen and his Luxembourg-based company Luvanis SA set out to consolidate all the rights to the brand. While financial terms have not been disclosed, Luvanis holds a larger share of their venture.

“We are putting up for sale the entirety of our joint intellectual property rights and the copyrights to individual designs. The future buyer will have 100 percent of all rights,” de Lummen told WWD.

“Today, the market is global so when you want to relaunch a luxury brand, if you don’t have the rights in South Africa, for example, it’s not dramatic, but if you are missing China, or a key European country, or the United States, it is unimaginable,” he added.

“We are aiming for an individual buyer with a luxury positioning. Ideally, we would like it to go to an American buyer, but there are also a lot of Asian buyers today who could be interested in an American brand,” he said.

Endorsed by such European fashion stars as Cristóbal Balenciaga and Christian Dior, James was known for his sculptural, scientific and mathematical approaches to rethinking ballgowns and tailoring. Among his innovations was the spiral cut and the “Swan” jacket, a white satin eiderdown jacket designed in 1937 originally intended to be worn over evening gowns.

“Historically, it’s the first puffer jacket,” noted de Lummen. “It had been somewhat forgotten and in the Seventies, there was a sudden revival of interest in this jacket, which was worn by Pat Cleveland, among others. Charles James was prescient enough to say it was probably his strongest commercial design.”

In the wake of a retrospective at the Chicago History Museum in 2012 and the Met exhibition two years later, James continues to fascinate writers and filmmakers alike. The British-born designer, who died in 1978, is said to have been the inspiration behind Reynolds Woodcock, the character played by Daniel Day-Lewis in “Phantom Thread.”

The real-life James will be the subject of an upcoming documentary being developed by Autopilot Entertainment, a Los Angeles-based production firm founded by Eléonore Dailly and Edouard de Lachomette.

In addition, German fashion professor Dorothea Mink and the designer’s former assistant Homer Layne are spearheading a book with contributions from fashion luminaries who consider James a master and collect his designs.

These projects come on the heels of “Charles James: Portrait of an Unreasonable Man,” a critically acclaimed biography by Michele Gerber Klein published earlier this year.

“Charles James was the first designer to truly elevate American fashion. He is on a par with the best European designers like Christian Dior or Paul Poiret or later Yves Saint Laurent,” said Pierre Mallevays, founder and managing partner of Savigny.

“If American fashion has nobility, then he is just that. It’s not surprising that there has been renewed interest in Charles James over exhibitions or films or press articles,” he added.

“He was an extremist,” said de Lummen. “He was always trying to achieve the perfect design. He wanted to create clothes for eternity, and often, his customers would have to come and spirit away the dresses from his studio, otherwise he would never surrender them.”

That exclusive image could be leveraged for a range of products including couture, ready-to-wear, children’s wear, fragrances, lingerie, accessories and lifestyle, according to Savigny Partners.

“For an investor, it is a brand that would bring a unique and strong resonance in the American market, both with media and fashion commentators as well as with store buyers and consumers,” said Mallevays.