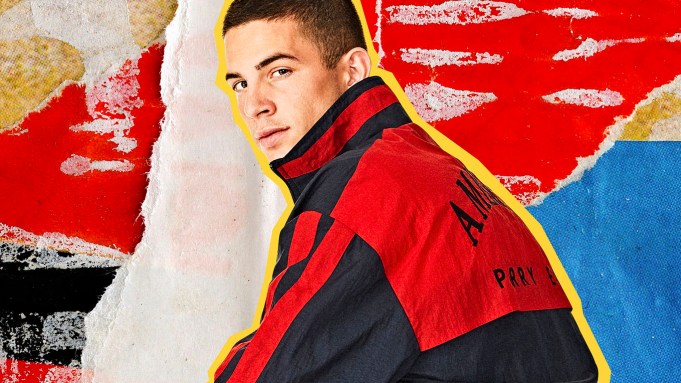 It’s been a turbulent year for the Feldenkreis family, but they can finally put the past behind them and look to the future.

Last week, George Feldenkreis, the former chairman of Perry Ellis International Inc., completed a $437 million deal to buy back the company he founded more than 50 years ago and take it private.

The focus will now be on continuing to grow the business, with an eye toward further expansion in Latin America and Europe, expanding product categories for its Perry Ellis and Original Penguin labels, and bolstering the outdoor business to better round out an assortment heavily focused on warm-weather categories, such as swimwear and golf.

The consummation of the deal to take Perry Ellis private puts an end to a process that put a lot of strain on the company, and the family, for more than a year.

At the end of September 2017, shortly after it celebrated its 50th anniversary, Feldenkreis was forced out as executive chairman.

He had led the company for more than a half century and served as chairman and chief executive officer from 1993 to 2015 when an activist investor, citing corporate governance, pushed for separation of the two positions. That led to Feldenkreis becoming executive chairman and his son, Oscar, who had worked for the company in some capacity nearly his whole adult life, being elevated from president to ceo.

Although the elder Feldenkreis public comments were diplomatic at the time, he started working behind the scenes to navigate his return. It also wasn’t the first time he had considered going private.

Last February, after lining up financing from Fortress Investment Group, George Feldenkreis made the move to take the company private with an offer of $27.50. He was advised by Scope Capital Partners, the merchant banking firm of Peter Comisar, the former vice chairman at Guggenheim Partners. Comisar worked with George Feldenkreis before as an adviser during the activist fight in 2015, and was instrumental in the introduction to Fortress, as well as the structure of the take-private transaction.

The corporation set up an independent special committee to evaluate the offer and potentially seek other bidders to find a deal in the best interests of the shareholders. The special committee recommended a vote in favor of the deal, but shortly after, Randa Accessories presented a higher offer.

After lots of back-and-forth, Randa ultimately walked away and Feldenkreis emerged victorious.

George Feldenkreis admitted that he was surprised when Randa submitted a competing offer since “they had been friends and our licensee over the years. I never had an indication that they would jump in like that.”

But while it undoubtedly led to some sleepless nights, Feldenkreis never lost faith. “This is a company that is not easy to manage,” he said. He said 19 other companies actually looked at Perry Ellis, but only Randa made an offer.

Today, the Miami-based firm owns not only the Perry Ellis label, but also more than 30 labels including Original Penguin, Rafaella, Savane, Cubavera and Laundry by Shelli Segal. It also has a large licensing business that includes deals with Nike swimwear, Callaway, PGA Tour and Jack Nicklaus. Licensing revenue represents half of the company’s profits, according to Feldenkreis.

As a private company, Perry Ellis International will become the operating company, while the intellectual property will be moved to a separate holding firm called Portfolio Brands that will own those assets. Using that “two-sided” structure, Perry Ellis becomes the licensee of Portfolio Brands.

George Feldenkreis’ official title will be chairman of the board, while Oscar Feldenkreis will be president and ceo.

Interestingly, George Feldenkreis didn’t rule out the possibility of taking the company public again down the road, depending on the financial markets and investor sentiment for apparel.

Despite the financial leverage taken on to do the deal, Feldenkreis said the licensing revenues will help pay it down. The company took on $385 million in debt, plus $90 million in equity contributed by family members, to do the deal. The combined total gives the company an enterprise value of $475 million. The debt level takes its leverage to the high 4.8 to 4.9 range, and while high, remains below the 6-to-1 or 7-to-1 debt-to-equity ratios that are typically found in highly leveraged troubled firms.

And there are other new avenues for financing these days beyond commercial banks. He noted the growing role of private equity firms and their lending arms as companies seek financing for deals. And he said he’s comfortable with debt: “I came to this country with $300 in my pocket. I’ve had debt all my life. I grew the company with debt. We took on $100 million in debt to expand the company. We’ve paid that down and I’m proud of that.”

Going forward, George Feldenkreis will focus his energies most on international growth, a segment of the market he has been well versed in since the early days. He was one of the first apparel executives to visit Japan in 1963. The chairman will also keep an eye on the financial side of the business. “Those will be my main areas,” he said.

Oscar Feldenkreis, who said “these are very exciting times,” will home in on the merchandising and day-to-day operations of the company.

George Feldenkreis said, while the company now operates in 17 counties including Mexico and the U.K., international still represents only 15 percent of the business. Thus, he sees further opportunities in Eastern Europe and Latin America, and thanks to Fortress’ “good relationships in Asia,” he expects the company’s reach in that market to get deeper as well.

Among the brands with the most international potential are Perry Ellis, Original Penguin and Nike along with the golf brands, the chairman said.

Oscar Feldenkreis noted that the recent relaunch of Perry Ellis America, which is intended to capitalize on the Nineties streetwear craze, has been strong out of the gate and the line is actually garnering more of a following internationally than domestically. “It’s a great opportunity for the company,” he said.

Ditto for the golf brands outside the U.S., with particular strength in the U.K., Spain and Scandinavia.

The company’s retail operations will also be expanded. Currently, revenues are split 85 percent wholesale and 15 percent retail, but there are plans to open more Perry Ellis and Original Penguin stores in the future, Oscar Feldenkreis said. There are currently 71 company-owned stores.

The ceo said that now that the company no longer has to focus on the quarter-to-quarter sales, it can take a look at long-term opportunities and make the necessary investments. Those investments include opportunities for innovation, such as 3-D printing for samples, which speed up lead times; washable suits; personalization options in Original Penguin and Cubavera, and the direct-to-consumer business.

“Freestanding stores and e-commerce should be 25 percent of the business,” he said.

The company also envisions big things from the soon-to-launch Guy Harvey collection. At the end of 2017, Perry Ellis signed a license with the artist, conservationist, scientist and entrepreneur to create and market a collection of men’s, women’s and children’s apparel.

That will also help Perry Ellis make a mark in the outdoor market since Harvey is best known for his marine conservation efforts. “That will help set us up in the outdoor space,” Oscar Feldenkreis said, adding that the company will be looking for opportunities to expand its reach in outerwear as well.

The ceo is optimistic about next year’s launch of the Original Penguin jeanswear collaboration with Adriano Goldschmied, the “godfather of denim.”

Overall, he’s confident that the future is bright for Perry Ellis as it begins a new chapter as a private company.

“We’re very bullish,” Oscar Feldenkreis said. “Product is king and as long as you have great product, you’ll be fine.” He pointed to the fact that the company’s brands are sold at a variety of channels, ranging from mass to upscale, allowing it to pivot if issues hit one segment of the market.

One thing the Feldenkreises don’t expect to do is purchase a lot more brands. “We have a lot of opportunities with our current portfolio,” Oscar Feldenkreis said. “There are a lot of untapped territories and markets.”

Expanding women’s wear is also not top on the list. Women’s accounts for only 10 percent of the company’s sales.

“We’re happy with the current business we have,” Oscar Feldenkreis said. “For us to look for women’s-only acquisitions wouldn’t be our focus.”

At 83 years old, George Feldenkreis could easily have retired, spending his days on his boat rather than spearheading a multimillion dollar purchase of a competitive business. What drives him now, as it has from the beginning, is a desire to look out for himself and his family.

At this point, Feldenkreis’ story is well-known. A Cuban immigrant who fled his home country in 1961 after Fidel Castro took control, he and his brother started a uniform business in the U.S. called Supreme International. That company went public in 1993 and after purchasing the Perry Ellis brand in 1999, changed its name to Perry Ellis International.

“If Oscar were not around, I would not have done this,” he admitted. The chairman, with a laugh, added: “But I know he’s going to be around to pay off the debt.”