GCDS Sells Majority Stake to Made in Italy Fund

GCDS cofounders Giuliano and Giordano Calza will maintain their roles at the streetwear brand they founded in 2015.

MILAN — The GCDS brand is growing up.

On Thursday, Italian private equity Made in Italy Fund, managed by Quadrivio and Pambianco, revealed it has acquired a majority stake in the Italian streetwear label founded in 2015 by brothers Giuliano and Giordano Calza, creative director and chief executive officer, respectively.

The value of the transaction was not disclosed and the Calzas are expected to retain a minority but “relevant” stake in the company, according to a joint statement.

As part of the deal, Patrizio di Marco, a former Gucci chairman and ceo and also a former chairman of Golden Goose, is coinvesting in the brand alongside the private equity firm and will join GCDS’ board. The amount of di Marco’s investment was also not revealed.

“It is an honor and a pleasure for my brother Giuliano [Calza] and I to begin this new partnership. It has been a year of strategic decisions and far-reaching changes aimed at expanding GCDS far beyond what it is today,” commented Giordano Calza, who will maintain his ceo role.

“We have built the foundations for a future of controlled, sustainable and profitable growth. This will lead us to a new exciting and challenging phase for our company, which, thanks to this deal, the experience and help of Patrizio, and the team that will join us, will create unprecedented new opportunities for GCDS, both creatively and economically.”

A digital-native brand with street cred, GCDS logged sales of 20 million euros in 2019. The acquisition is aimed at further supporting the brand’s business development by introducing an omnichannel strategy, strengthening its online operations and focusing on the Asian and American markets.

Alessandro Binello, ceo of Quadrivio Group, said: “We strongly believe in this investment, which enhances the fund’s portfolio in the fashion sector, and which highlights our expertise in the digital field.”

The Made in Italy Fund has so far invested in the 120 Percent Lino brand, acquiring a 70 percent stake of its parent company Palladium Moda in the fall of 2018. Earlier this year the fund acquired a 60 percent stake in Rosantica, the custom jewelry and accessories brand founded in 2010 by Michela Panero.

“I believe that GCDS has great potential and that through the development and strengthening of physical and digital distribution channels, it can establish itself internationally among the main contemporary fashion luxury brands. The creativity of the founders, combined with the know-how of the fund’s team and the experience of di Marco, will quickly contribute to the achievement of these objectives,” added Binello.

The private equity fund is expected to complete another acquisition in the fashion sector by the end of 2020. 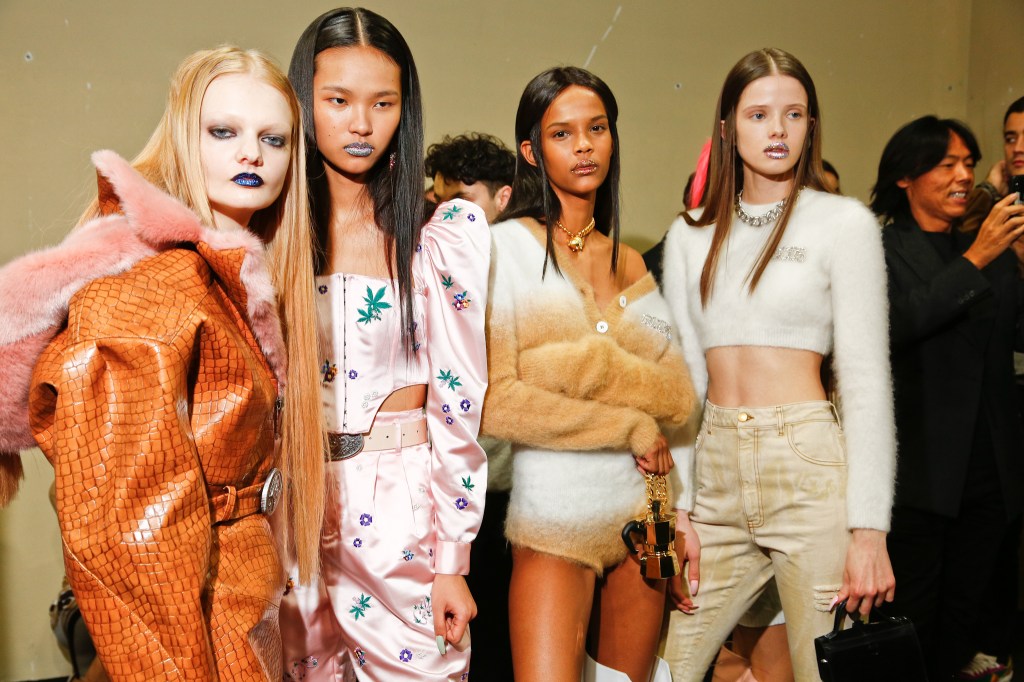 Known for its fun fashion creations and for its runway extravaganzas that have featured everything from animatronic pink dinosaurs to digital avatars, GCDS is available at 350 stores globally and counts seven flagships, including a Milan unit.

In addition to a range of pop-tinged collaborations with “Jurassic Park,” Hello Kitty, Tom and Jerry and Nintendo Switch’s “Animal Crossing: New Horizons,” among others, the brand in 2018 unveiled a beauty line.