Private equity firm General Atlantic has made a “strategic investment” in Authentic Brands Group, helping ABG focus on bigger brands that have annual retail sales in the $500 million to $1 billion range.

Jamie Salter, ABG’s founder, chairman and chief executive officer, said General Atlantic’s investment “will provide us with even greater opportunities to scale our business and broaden our portfolio around the world.”

Andrew Crawford, global head of retail and consumer at General Atlantic, said, “ABG has significant potential for growth in the brand licensing category, largely as the traditional retail model gets disrupted and consumers are interacting directly with brands.”

Crawford said the brand management firm was an attractive investment given that ABG has proven its ability to execute. “Jamie has assembled a phenomenal team. We will use M&A to grow the portfolio.” As for the M&A opportunities ahead, Crawford said, “We see an extremely robust pipeline that we’re very excited about. As the general malaise within retail continues, we’re confident the M&A pipeline will only deepen to further the mergers and acquisitions sector.”

According to Salter, that growth will include investments in new categories, such as food and entertainment, and kids. He also said that HBA and bridal are other sectors being considered.

Crawford noted that General Atlantic has a “significant platform in Asia,” and that its 12 offices across five regions would be available as additional resources for ABG. Salter said the private equity firm has already been at work, helping to facilitate meetings last weekend in Asia.

ABG plans to open offices in four regions. Shanghai would oversee the business in China, Hong Kong the Pacific Rim and Southeast Asia, London for Europe and Mexico for Latin America.

According to Salter, another reason why General Atlantic was the right partner for ABG was its “digital savviness.” The ceo said while ABG was “good on the social and digital side, we were nowhere near the experience that General Atlantic has in that space. They really opened our eyes up on big data and really big digital.” E-commerce is currently 20 percent of total sales at ABG, and Salter is projecting that to “grow in excess of $500 million over the next five years with General Atlantic’s experience.”

More importantly, General Atlantic’s investment enables ABG to chase different deal targets “because we can now get more comfortable chasing bigger brands and expand [them] into China, Latin America and Europe. General Atlantic has much deeper ties in those countries, which makes us more comfortable to step up to the plate. Traditionally we were looking at the $250 million range [in annual retail sales], but now we’re looking at somewhere between $500 million to $1 billion,” Salter said.

That said, smaller deals — provided they have strong international growth opportunities — remain on ABG’s radar. The company most recently acquired the Hervé Léger designer brand from Marquee Brands, which acquired the label when it bought the intellectual property assets of BCBG Max Azria out of bankruptcy. While BCBG was the more fully developed brand, that wasn’t true of Hervé Léger, which Salter said gives ABG the opportunity to grow that company – through category additions – to several millions of dollars in revenues.

Since 2015, ABG had been eyeing an initial public offering as an opportunity to grow the company. With General Atlantic’s investment and the focus on M&A, an IPO won’t be forthcoming anytime soon. According to Salter, “There are many opportunities from a growth strategy that we can take. An IPO is one of those strategies, but to date the company is well capitalized and we don’t see any reason to put the company under any pressure to take it public — at least not in the near future. That’s not to say we wouldn’t do it later on, but right now we’re going to stay nimble and fly under the radar.”

General Atlantic has $21 billion in assets under management. Some of its investments within the retail and consumer sector include: Grupo Axo; House of Anita Dongre; Tory Burch, and Zimmerman. 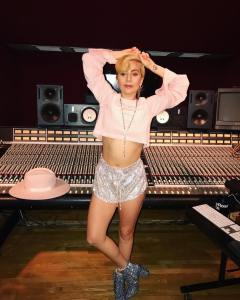