Goody’s Gets Third Life Thanks to Stage Stores 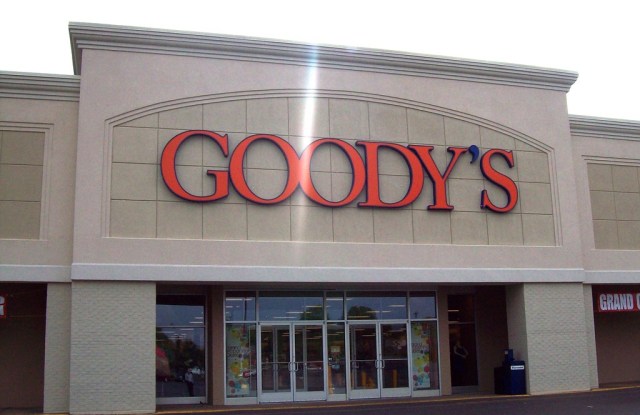 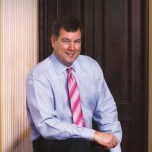 Two tours of bankruptcy weren’t sufficient to bring down the curtain on Goody’s.

The Knoxville, Tenn.-based family apparel store has found new life after Stage Stores Inc. bought the brand and trademarks in July 2010 for $300,000. Goody’s had begun liquidation proceedings in January 2009 but instead has become a standout performer for Stage Stores, which has rebranded 174 of its stores as Goody’s and opened another 69 units under that name.

Sales increases in the rebranded stores have run at about 15 percent and overall results are “well ahead” of the 2 percent increase registered by the chain in the fiscal year ended Jan. 28, when net sales tallied $1.5 billion and same-store sales rose 0.5 percent, according to Andy Hall, president and chief executive officer of the Houston-based Stage.

Stage’s initial interest in the name had nothing to do with the search for an additional brand. Negotiating for sites that were vacated as the liquidation progressed, Hall saw talks get bogged down after executives from the bankrupt chain started contacting their former landlords and suppliers about the possibility of reconstituting Goody’s as a new chain with about 100 stores. “I didn’t think they had a good chance of bringing Goody’s back — this was early 2009 and there was a real lack of equity money to invest in those days — but the possibility led some of the landlords to pull away from the table,” Hall said. “We didn’t want the process to drag on for too long or for consumers to have a chance to start shopping elsewhere.”

The purchase of the brand brought the landlords back to the table, allowing Stage to pick up sites at attractive rates in the range of $2 to $3 a square foot versus a corporate average of about $4.25.

“We were going to throw the name in the corner and let it get dusty,” Hall admits.

That changed in August 2009 after Stage, as the trademark owner, moved into at first three and, before the end of 2009, a total of 13 stores that still had the Goody’s name on the door. “In our talks with landlords and suppliers and then the test stores, we were really impressed with just how much the Goody’s name meant to people in the Southeast,” the ceo said.

Most of the conversions to Goody’s banners have come out of Stage’s Peebles division and many of them in markets entered since Stage acquired Peebles in 2003, reducing the risk of customer alienation. Only in a few other instances did Stage bring the Goody’s name back into a former Goody’s location.

“We tested the concept with 26 rebrands in 2010,” Hall said. “Our goal was to get the existing Peebles customer to stay with the store and pull in existing or potential Goody’s customers who would see an assortment and pricing they were comfortable with, too. The Peebles’ fans liked that they were seeing the same managers and employees and the same national brands and moderate pricing.”

Hall pointed out that, as Goody’s struggled for survival in its final years, its pricing and posture became more promotional and a bit more centered on private label, including the Duck Head brand Goody’s had acquired. “I’d say, if anything, we’ve made the assortment a bit more branded than it had been,” Hall said. Private label constitutes about 13 percent of Stage’s overall sales, which rely heavily on national brands such as Levi’s, Nike, Calvin Klein, Chaps, Izod, Dockers, Jockey, Estée Lauder and Nautica. The Goody’s stores, like those in operation before the company’s liquidation, are characterized by a higher concentration of youthful casualwear, such as denim and T-shirts, than one would find in other Stage-owned stores. Overall for Stage’s portfolio, men’s and young men’s account for about 17 percent of sales, about half the share of women’s and junior apparel.

Stage targets communities with populations under 50,000 and without department store competitors. The majority of its stores are located in strip centers rather than regional malls. It ended fiscal 2011 with a total of 816 stores, averaging about 18,000 square feet, in 40 states.

Hall and his associates were mindful of the emotional connection small-town residents have to local retail banners and avoided moves that would put those bonds at risk. “There’s a tremendous amount of civic pride about their retail stores in these local markets,” said the ceo. “Peebles has been in its core markets for 120 years and Palais Royal and Stage for 90. But most of the stores we changed hadn’t been in those markets for a long time. There wasn’t a long-standing connection to the Peebles name in the markets we’d expanded into, such as South Carolina and Alabama.”

Hall estimates each conversion cost about $30,000, with about half of that amount dedicated to grand opening marketing that centered on newspapers, radio and direct mail, and the message squarely focused on the idea that “Goody’s is back.”

Goody’s 243 locations are concentrated in the Southeast quadrant of the country, including units in Tennessee, Kentucky, South Carolina, Georgia, Alabama, Mississippi and the Florida Panhandle. In addition to Stage, Goody’s, Peebles and Palais Royal, Stage operates department stores under the Bealls name as well as a new off-price division called Steele’s, which has a dedicated buying staff of its own in New York. The company expects to open between 30 and 35 department stores in 2012, about half of them as Goody’s units, plus 20 to 25 off-price stores.

While Goody’s performance was a positive story in a year that proved extremely promotional — Stage lowered its fourth-quarter earnings estimates when it revealed a 0.1 percent decline in January same-store sales — Hall makes no apologies for the real estate play that led to the company’s almost accidental parentage of Goody’s.

“Low occupancy costs — that’s one of the ways we make our small-market model work,” he said.