The four-year-old beauty brand has made waves — wooing more than just the influencer community — but investors, too. 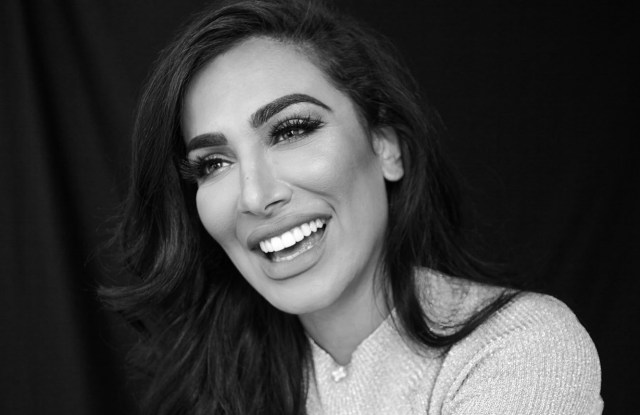 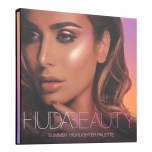 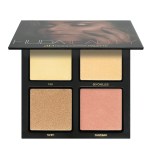 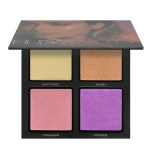 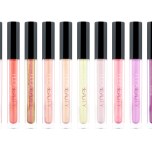 Kattan’s business, Huda Beauty, has received a minority investment from private equity firm TSG Consumer Partners, which has backed brands like Smashbox and It Cosmetics. The deal is expected to support the brand’s product, retail and geographic expansion.

Kattan started Huda Beauty in 2013 with a line of false eyelashes. Since then, she’s added Highlighter Palettes, Lip Strobes, Obsessions Palettes (themed by color), the Desert Dusk Eyeshadow Palette, a 40-shade #FauxFilter foundation range and primer. The brand was started by Kattan and her family — including sisters Mona and Alva, and her husband, Christopher Goncalo — all of whom remain involved in the business.

“There’s so much more we want to do right now,” Kattan said. “We have so much more to do for Huda Beauty — we’re not in a lot of places, we’ve only hit 40 Sephora doors in the U.S. and our productivity is really high. We want to go into more Sephora doors — that’s really important. We’ve not going to be in every single store, that’s never our goal, but we want to be in more places and more accessible.”

Huda Beauty is in the process of tackling the U.S. market, where it started a major rollout earlier this year. Going forward, the brand is planning continued international expansion and is considering Singapore, Malaysia, Indonesia and other countries, Kattan said, noting certain places are off limits for now because of animal testing requirements. In addition to Sephora, Huda Beauty is sold at Harrods, Selfridges, Cult Beauty and ShopHudaBeauty.com, though Kattan noted the majority of the brand’s sales come from retail distribution.

The brand’s product development strategy is going to remain the same, according to Kattan. She’s always been heavily involved — insisting to the lab that the company’s foundation formula include dimethicone, also an ingredient in Vagisil, for example. With TSG, Huda Beauty is set to continue to expand its product assortment.

“I always think of it like, ‘What is missing? What needs to happen?’ And that’s where we start,” she said. “We’ve had meetings with some of our retailers [who will suggest going into eyebrows] and I’m like, ‘That doesn’t make sense [because there are already many good eyebrow products out there.]'”

“A lot of our customers are asking for liner, and I’m like, I like the liner out there,” Kattan said. “We’re not a me-too brand, we don’t do things because everyone else is doing them.”

That attitude is part of the brand’s magic, as Kattan explains it. “Copying doesn’t get you a strong impact or influence because you’re one of many. “The goal is to hone what we do well. That’s how brands really thrive.”

“She’s come to the market with her own playbook and we think that’s been one of many contributors to her success,” Mullin said. “Huda has a special something that’s hard to put your finger on.”

“One of the things I was captured by early on was the magnitude and the vision that she’s got and her unbridled passion around the business and desire to do things differently,” Welch said. “She has an uncompromising standard around everything she delivers to the market. In no way do we want to change the magic around that process.”

“This is a business where from our perspective, we’ve never seen a brand with a fan base and a user base that truly spans the globe,” Mullin said. “She is speaking to every woman.”

Kattan — who has 22 million followers on Instagram, four million YouTube subscribers and 1.5 million unique visitors to her blog — is the first influencer to attract a traditional private equity partner. Back in 2013 in a different type of deal, L’Oréal teamed with Michelle Phan, the first widely-known beauty vlogger, to create Em Cosmetics. It was not a hit. L’Oréal sold the line to Ipsy (which Phan cofounded) in 2015, and Phan bought it back outright earlier this year. Other influencers, from Jaclyn Hill to Patrick Starrr, have done collaborations with brands like Morphe, Becca and MAC. Hill has plans to develop her own line, and Jeffree Star’s line is said to have gained significant scale.

“She’s actually an influencer who has developed wholesale accounts as well, and I think a lot of influencers have in some ways, only done collaborations with existing brands or haven’t established a wholesale presence to compliment [direct-to-consumer],” Mullin said.

Plus, Kattan’s business is said to be significant already — both in terms of its global scale, and in terms of its numbers. Industry sources said the business is on track to do $200 million in retail sales for 2017. In addition to geographic expansion in 2018, the brand is also planning to open an office in Los Angeles, Kattan said. WWD reported that Huda Beauty had hired Financo to consider a minority deal in October. Mullin said she also sees the opportunity to increase awareness, trial and conversion.

Kattan and TSG met at the WWD Digital Beauty Summit in February, where Welch approached her at lunch — business card in hand. Kattan said she was impressed by TSG’s track record — it was an early investor in the beauty space, and has backed companies including Smashbox, E.l.f. Cosmetics, Perricone, It Cosmetics and recently invested in Revolution Beauty.

In addition to the capital injection, Kattan has established HB Investments, which will make seed-level investments and provide guidance to entrepreneurs in the beauty and wellness space through a program called Huda Beauty Angels. The fund will take a stake in each investment with the goal of growing the businesses and the fund, which will initially start with up to $10 million.

When she began, Kattan, then looking for $10,000, had a hard time getting the capital for her company. At one point roughly three years ago, she was offered $1.5 million to sell a 60 percent stake in the business. She declined.

“I’ve always had mentors my entire life, so I wanted to have a program where we could seed,” Kattan said, describing investment size as “super, super angel investments.” Kattan and her family members will provide a level of mentorship to the budding entrepreneurs, she noted.

The idea is to “give [people] a little bit of money to kickstart their goals,” Kattan said. “It was the first thing I wanted to do…any opportunity we can, we want to give back.…I remember asking people for so much help, and nobody was into it.”