Tom Kartsotis, the founder and former ceo of Fossil, is the retailer's first outside investor. 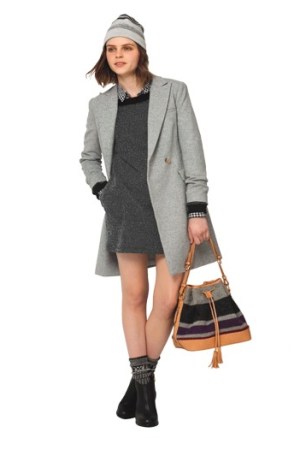 Steven Alan has sold a minority share in his retail and design company to Tom Kartsotis, the founder and former chief executive officer of Fossil Inc. This is the first outside investor for Alan, who launched his company with a single store on Wooster Street in 1994 and has grown it to 10 stores, his own branded men’s and women’s collections and a multiline showroom that sells other independent designers.

“We’ve been self-financed to date and naturally expanding at about 20 percent a year,” Alan said. “We weren’t out soliciting investments but I met with Tom and we completely connected. He’s very interested in building this brand for the long term.” The deal was finalized earlier this week.

Terms of the agreement were not disclosed. William Susman acted as an advisor to Steven Alan on the deal, as did the law firm Hand Baldachin & Amburgey.

Kartsotis made the investment through his holding company Bedrock Brands, which is his primary focus since exiting his management role at Fossil, the $2.03 billion watchmaker he founded in 1984. Kartsotis left the ceo role in 2000 — that position is now held by his brother, Kosta Kartsotis — and last year left the company’s board, although he still retains significant stock holdings in Fossil.

“This gives Steven flexibility to do things that he might not have been able to do as quickly. The company has been growing very organically and we want to support that growth where we can,” said Kartsotis. “Bedrock Brands will be in the background, providing services where we can be helpful but making sure not to disturb the business processes that have evolved over time and have served Steven and his team so well. We are in this for the long term and will do everything imaginable to be good partners.”

The retail and e-commerce segment of the Steven Alan business accounts for about two-thirds of company sales. It includes four Manhattan stores, two in Brooklyn and an East Hampton, N.Y., store. They also have California-based units in Hollywood, Venice and Los Feliz. Some of the stores are dedicated Steven Alan shops while others also carry outside brands, such as Isabel Marant, A.P.C., Rachel Comey, Engineered Garments and Acne.

Sales are evenly split between men’s and women’s. Alan is aiming to add more doors and plans to open a San Francisco store this fall.

Alan launched his own branded men’s collection in 2003 and added a women’s component in 2005, becoming known for an understated, casual elegance melded with a whiff of heritage hipness. The men’s business is best known for its shirts but also includes pants, sweaters, lightweight knits, outerwear, ties, swim and bags. The women’s business includes shirts, dresses, knits, blazers, lingerie and outerwear, as well as handbags and shoes, which were launched in the past year.

“We’d like to develop small leather goods and build the footwear business,” said Alan. “We’ll introduce men’s footwear in the spring of 2012.”

Alan and Kartsotis have pegged further international expansion as a key growth opportunity for the company. “Tom has so much experience in that area so it will be great to work together on that,” said Alan.

Steven Alan has become a popular collaborator with prominent mass brands seeking to instill a measure of indie cool into their lines. Those projects include collections with Dockers, which launched last year; Nike Sportswear, launched in January, and Uniqlo, produced in 2009 for one season.