Etro said it has entered into a binding agreement to partner with L Catterton without disclosing terms of the transaction, but sources say the private equity giant is buying 60 percent of the Italian fashion group in a deal valued at 500 million euros.

Private equity giant L Catterton has acquired a majority stake in Etro with the goal to grow the Italian fashion brand’s customer base, expand into new categories, enhance its digital presence and drive global expansion, with a focus on the opportunities offered by Asia.

Etro’s real estate properties and web of directly owned stores were not part of the sale, said the sources. There are about 140 Etro flagships in 58 countries with boutiques in cities such as Milan, London, Paris, New York, Beijing and Tokyo.

WWD reported in March 2019 that investors were looking at the Italian fashion brand and L Catterton emerged in April as the main contender.

On Sunday afternoon, Etro issued a statement with additional details, while not disclosing the terms of the transaction.

Etro confirmed it has entered into a binding agreement to partner with L Catterton, and that founder Gerolamo Etro, known as Gimmo, will be appointed chairman of the company.

“My family and I take great pride in having established Etro as a strong luxury brand that resonates with consumers around the globe,” he said in the statement. “L Catterton has a shared vision and a unique appreciation for our business, and the firm takes the same approach to partnership our family does. After nearly 55 years under our stewardship, we believe that together with L Catterton, Etro can enter its next chapter of growth and solidify its place as one of the great, lasting luxury houses. We are thrilled to work with L Catterton’s team as they bring their extensive knowledge of the fashion category, along with a proven track record of supporting the international development of distinctive brands, allowing Etro to reach new heights.”

The entrepreneur founded the company in 1968 as a textile firm and, with a forward-thinking initiative, decided to invest in ready-to-wear and lifestyle in the ’80s, expanding into men’s and women’s rtw collections, accessories, beauty, fragrances and home goods. 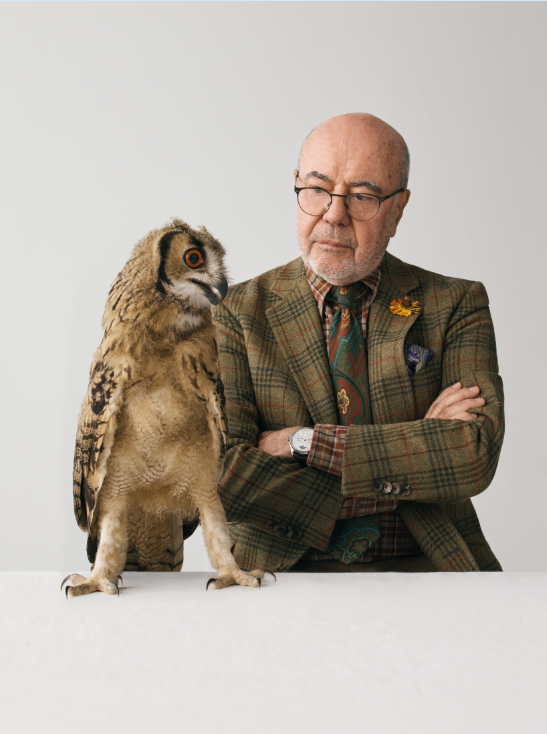 The Etro family involved in the company includes siblings Veronica, creative director for the women’s collections; Kean, men’s creative director; Ippolito, who oversees strategic management, and Jacopo, who is in charge of the home line. Francesco Freschi holds the role of general manager.

The brand is widely known for its iconic paisley motif, bold patterns inspired by travel, and precious fabrics.

“We are honored to welcome such a respected and iconic fashion brand into the L Catterton family and are delighted to partner with the Etro family for the next phase of the company’s evolution,” said Luigi Feola, managing partner, head of Europe at L Catterton. “We are confident that with our broad global network and experience building fashion brands, Etro will be well positioned to become an international powerhouse and a leader in its category.”

The closing of the transaction is expected by the end of the year.

Etro’s global footprint relies on a widespread multichannel distribution, which in addition to its flagships counts approximately 20 travel retail doors, and a selective wholesale presence in leading department stores and multibrand boutiques. In addition, Etro has been building its digital platform with a directly operated e-commerce store operating throughout Europe, the U.S. and Japan, while also developing exclusive collaborations with the most influential digital marketplaces internationally.

As per the most recent figures available, Etro sales totaled 285 million euros in 2018. The company’s debt is said to amount to around 50 million euros, according to a source.

With approximately $30 billion of equity capital across its fund strategies and 17 offices around the world, L Catterton, backed by LVMH Moët Hennessy Louis Vuitton, has been busy since the beginning of the year, taking a controlling stake in French outerwear maker Jott, known for its light, affordable down jackets in January. In March it took a majority stake in Birkenstock with family holding Financière Agache, an investment vehicle controlled by luxury titan Bernard Arnault and his family. That month, L Catterton also sold Dondup to the Made in Italy Fund.

While the Etro family had long denied any intention of selling the company, in April it said that “the group is focused on creating the conditions for the future growth of the business. In this context, the group is also evaluating possible partnerships aimed at facilitating said process.”

Two years ago, sources said Qatar-based Mayhoola, which also counts Valentino, Balmain and the Italian men’s label Pal Zileri among its investments, had been eyeing Etro with particular interest. However, a deal never materialized, and sources told WWD that the family members had different views on the sale.

Valentino’s former chief executive officer Stefano Sassi has been quietly consulting for Etro for several months now, but, according to sources, there had not been further talks taking place between Mayhoola and Etro. Sassi was seen as an added asset in the negotiations with L Catterton. The executive joined Valentino in 2006 and was instrumental in leading and growing the company through the acquisition in 2012 by Mayhoola.