MILAN — Blumarine has found a new owner in its neighborhood.

Italian entrepreneur Marco Marchi, founder of contemporary label Liu Jo, has acquired the totality of Blufin, the company operating the Blumarine, Blugirl, Anna Molinari and Be Blumarine brands. Both Liu Jo and the Blufin group are based in Emilia Romagna’s Carpi town, a storied and important knitwear manufacturing district.

After the death in 2006 of the group’s founder Gianpaolo Tarabini, the company’s chief executive officer and husband of Blumarine creative director Anna Molinari, Blufin has been helmed by the couple’s son, Gianguido Tarabini. Following Marchi’s acquisition, Tarabini is expected to exit the company.

The value of the operation was not disclosed.

“Blumarine has always held a special place in my heart. When I started my company in Carpi 30 years go, I looked at Blumarine as a true point of reference,” Marchi said. “My interest in embracing this project luckily coincided with the Tarabini family’s desire to take a step back from the business. So I’m more than happy and proud to start this new adventure with a brand with an outstanding international heritage.”

In 2018, Blufin generated a turnover of 33 million euros, including the royalties on licenses, such as fragrances and eyewear, produced by ICR and De Rigo, respectively, along with furniture, shoes, accessories and children’s wear. Forty percent of the group’s sales were generated in Italy. The company also operates a retail network of 31 boutiques and shops-in-shop worldwide. According to Marchi, Eccellenze Italiane won’t close any Blufin stores. “Considering the positive feedback I’m receiving from different players, I really believe we will open more stores,” he said.

Over the past few years, Blufin’s business slowed down and a year ago the company signed an agreement with the Italian unions to initiate a procedure of “Cassa Integrazione,” in this case, a year of temporary work suspension via special public funds.

“My mother, all the family and I think this step will be extremely positive for the growth and development of the company and of its brands,” said Tarabini said. “We strongly believe in the entrepreneurial flair of Marco Marchi, in his connections with the local community, and we hope this operation will be a success story for business in and around Carpi and for the Italian fashion system.” 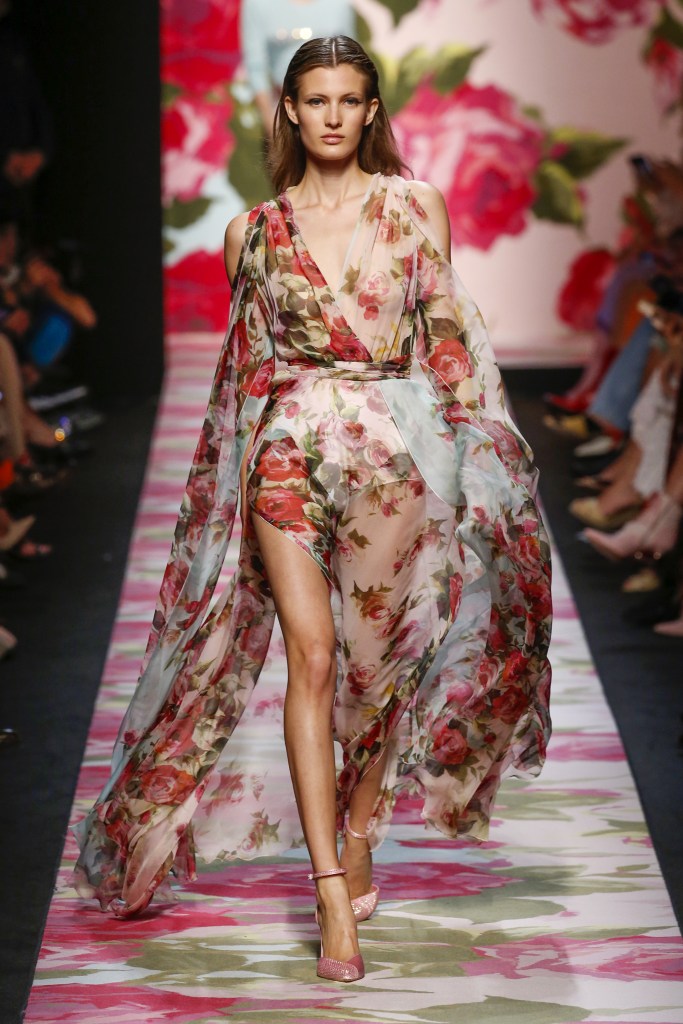 According to Marchi, an in-house design team will design the Blumarine fall 2020 collection. In the meantime, the company will start looking for a designer to succeed Molinari at the helm of Blumarine’s creative department. After a hiatus of one season, Blumarine is expected to return to show at Milan Fashion Week in September 2020.

At the same time, starting from Dec. 2, when Eccellenze Italiane will actually take over Blumarine, appointments will be announced revealing the brand’s new management.

Marchi also said that in five years he expects to increase Blumarine’s turnover to 50 million euros.

While in the first phase Eccellenze Italiane will focus on the relaunch of the Blumarine brand, Marchi noted that the company will also evaluate the possibility to work also on the other brands of Blufin’s portfolio.

The deal follows an acquisition by Eccellenze Italiane holding earlier this month of a 15 percent stake in Italian retailer Coin SpA, which operates 40 flagships in Italy and 100 stores under the Coincasa banner in the country and abroad.

“I think it was key to find a strategic partner in the distribution business,” said Marchi, highlighting that the link with Coin will be key especially for the commercial development of Liu Jo.

Aimed at forming a luxury and premium lifestyle conglomerate “able too boost the visibility and business of Italian small and medium-sized companies on the global scene,” Marchi said Eccellenze Italiane is already in advanced negotiations for the acquisition of other Italian fashion brands offering ready-to-wear and accessories collections.

“The final goal for Eccellenze Italiane is an IPO,” revealed Marchi, who first planned a listing of the Liu Jo company in 2018, a project that the entrepreneur said was postponed because of unfavorable market conditions. Liu Jo is expected to close 2019 with consolidated revenues of 400 million euros.