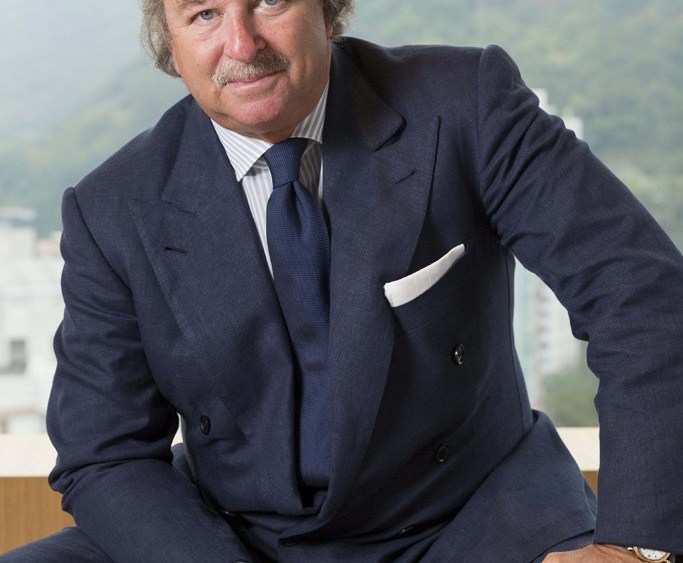 MILAN — Loro Piana, a prized Italian firm that combines exclusive craftsmanship and technology, is entering the LVMH Moët Hennessy Louis Vuitton luxury sphere. The French giant is buying an 80 percent stake in Loro Piana for 2 billion euros, or $2.56 billion at current exchange. The enterprise value totals 2.7 billion euros, or $3.4 billion. Brothers Sergio and Pier Luigi Loro Piana will continue to helm the firm and maintain a 20 percent stake. Antitrust clearance is expected in the fourth quarter, followed by the official closing.

Chairman Pier Luigi Loro Piana said, “The Loro Piana family is proud that our name is now associated with the LVMH group. Under Bernard Arnault’s leadership, LVMH has proved that it respects and nurtures family businesses and is most likely to respect the values and traditions of our maison, as well as our desire to provide our clientele with unparalleled quality.”

Sergio Loro Piana, chief executive officer, added, “By joining LVMH, a group built around a unique set of other historic maisons, Loro Piana will benefit from exceptional synergies while preserving its traditional heritage.” Until now, the two brothers rotated their posts on a three-year basis.

LVMH chairman Bernard Arnault said, “Loro Piana is an exceptionally rare maison, rare in the unique quality and craftsmanship in its products, not least in cashmere and fine textiles, but also in the unbroken heritage and careful family husbandry over six generations.” Arnault said he was “very pleased” that the Loro Pianas believed the LVMH group “is best able to ensure the future” of their firm. “Indeed, we share the same values — family and craftsmanship allied to the tireless pursuit of quality — and I am convinced that our group will prove a good home in realizing the significant future potential of Loro Piana.”

In a document released upon the announcement of the sale, Loro Piana was described as “the largest cashmere manufacturer and the biggest single purchaser of the world’s finest wools.” It also highlighted its unique brand equity, vertically integrated from access to the finest raw materials to distribution and an entirely made-in-Italy policy.

During a conference call, LVMH identified leather goods as a chief avenue for future expansion, along with further retail inroads in Asia, particularly Mainland China and the Middle East.

Chief financial officer Jean-Jacques Guiony characterized Loro Piana as “a bit different from the other brands we have,” calling it a “well-kept secret” with more “understated marketing.”

The top-of-mind brands in LVMH’s fashion and leather goods division, which include Louis Vuitton, Fendi, Givenchy and Céline, are known for their star designers, big-budget runway shows and trendsetting fashions.

Guiony called Loro Piana a “well-managed” company in possession of a “good recipe for success.”

That said, he noted LVMH plans to leverage its expertise with leather goods to bring that product category above the single-digit percentage it represents today.

Questioned about LVMH’s acquisitions policy, Guiony described it in a word: opportunistic.

Guiony said the group would likely divert some of the firm’s exceptional textiles and yarns to its own brands, while continuing to do business with third parties. He noted that the “bulk” of Loro Piana’s textiles and yarns business “counts as Italian sales.”

The transaction is the latest signal that Europe’s big luxury groups are keen to secure suppliers of the rare raw materials and technical know-how needed to make their high-margin products.

The quality attributes of luxury products — and not just design and prestige — is becoming a primary talking point for consumers and investors alike.

Other key deals in the past year include Hermès Cuirs Précieux, the tannery division of Hermès International, acquiring French calf leather specialist Tannerie d’Annonay; Compagnie Financière Richemont taking a 100 percent stake in Varin-Etampage and Varinor, a manufacturer of high-end, stamped exterior components for watches, a gold refiner and a producer of semifinished precious metal products for the watch and jewelry industry, and LVMH’s purchase of Les Tanneries Roux, a French producer of supple calf leathers.

According to sources, Antoine Arnault, son of Bernard Arnault and the ceo of Berluti, was instrumental in the Loro Piana deal, reflecting his rising stature within the world’s largest luxury group. It also suggests the young Arnault might leverage Loro Piana’s arsenal of plush and rare fabrics in his makeover of Berluti, an elite cobbler he is transforming into a lifestyle label with a complete ready-to-wear offer hinged on exceptional fabric research.

The Loro Piana family began trading wool and fine textiles at the beginning of the 19th century in Trivero, in northern Italy. Pietro Loro Piana founded the company as a wool mill in 1924 in the country’s Quarona. In the mid-Forties, Franco Loro Piana started exporting precious textiles outside of Italy, an activity further developed by his sons Sergio and Pier Luigi in the Seventies, when they started helming the firm and expanding into luxury retail operations.

The company offers exclusive men’s and women’s wear lines. It manufactures for its own use and supplies high-end garment manufacturers.

Loro Piana has for more than a decade awarded the World Wool Record Challenge Cup determining the world’s finest wool. Though the company has equally strong reputations in cashmere, vicuna and the lotus flower fabric, the Loro Piana contest spurs breeders to produce finer, higher-quality fiber each year.

This spring, Loro Piana acquired 60 percent of vicuna firm Sanin SA as part of the Italian group’s efforts to invest in the research and development of the finest yarns and fabrics. Sanin is an Argentinean company that owns the right to shear wild vicunas living on a territory of 210,000 acres in the province of Catamarca, Argentina.

The company established the Franco Loro Piana Reserve in the Lucana area in Peru in 2008 and has significantly contributed to saving vicunas from extinction.

In terms of business divisions, textiles accounted for 32 percent of sales, and luxury goods for the rest.

LVMH said the 2 billion euro amount will be paid in 2013, financed by available cash and new debt. It also noted a limited impact on its debt profile and debt related ratios.

Citigroup analyst Thomas Chauvet wrote in a note that the sale “should be viewed as a positive, opportunistic deal for LVMH to acquire at a ‘reasonable price’ a niche, ultrahigh-end apparel brand with a lot of heritage, a sound management team and some strategic sourcing competencies. With midteens EBIT margins, we think Loro Piana has a potential to grow sales and EBIT significantly in the niche, fast-growing luxury daywear segment as well as creating some industrial synergies with the rest of LVMH’s Fashion & Leather brands (sourcing of textiles for Vuitton, Berluti).”