The company secured $4 million in Series A funding and added retail veteran Howard Socol as a strategic adviser. 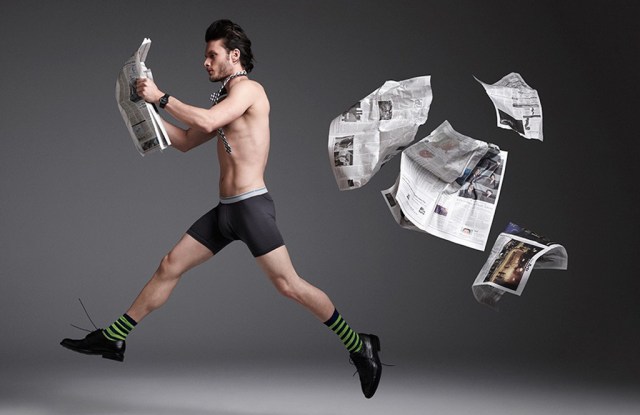 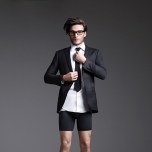 The funding round was from existing investors and from RiverPark Ventures, Bridge Investments and Lyrical Partners. The company, which raised $2 million in seed funding a year ago, has raised a total of $6 million so far.

Brian Berger, the firm’s cofounder and chief executive officer, said, “The funding will be used for marketing and for doubling-down on our existing efforts in testing new marketing channels and product development.”

Berger’s cofounder is Michael Isaacman, a 25-year apparel industry veteran whose experience includes stints at Ralph Lauren, Tommy Hilfiger and Rocawear. Berger said the company arose out of his frustration as a consumer who hated the process of buying underwear and socks. “The landscape was always changing and there was no consistency. This category requires consistency. When guys like a product, they want to know they can go back to get the same thing over and over again.”

According to Berger, the underwear, socks and T-shirts combine high-end fabrications such as Pima cotton and Lenzing Modal with performance technology. He views the brand as an underwear line with an activewear DNA, versus an Under Armour or Lululemon that’s activewear focused with a lifestyle DNA. While that seems like splitting hairs, Berger said his company’s focus on underwear first means undershirts that fit and don’t bunch up, with active performance added in. One example is its 84 percent Pima cotton/10 percent Silver X-Static XT2/6 percent Lycra undershirt that sells for $42. Woven boxers start at $24, while ribbed tanks begin at $28, putting price points at the low end of comparable offerings from Nike, Under Armour and Lululemon.

Berger and Socol met early on in the company’s development, at the suggestion of Socol’s daughter. According to Socol, who has also joined Mack Weldon’s board, “I tried the product and liked it. The creative is very sharp. Their advertising and marketing has a lot of creative energy.…They know how to talk to their customer, and for the price point, the consumer gets great value for the product.”

Socol is “not yet” an investor, and for now will focus on advising on how to grow the business.

Socol has been mentoring start-ups in the fashion world, and said he “likes Web-based businesses tremendously.” According to Socol, that’s also because of where he sees the industry headed: “The customer has become the big winner. They can buy online, go to a store, see the prices across the Web for comparison shopping and get immediate delivery for free.”

And while consumers get the primary benefit — with good meaningful brands that connect with consumers — it also means retailers are “most challenged,” according to Socol.