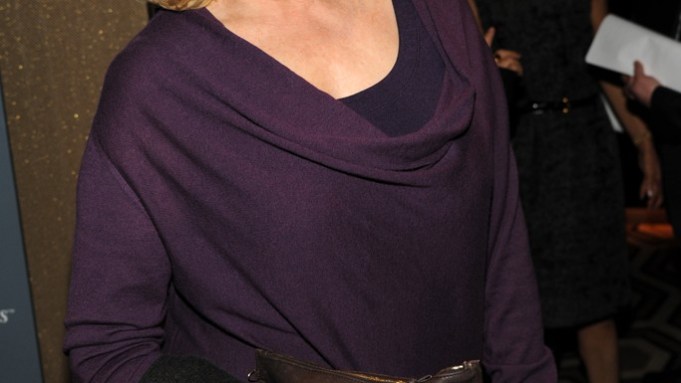 Ron Johnson, the new chief executive officer of J.C. Penney Co. Inc., says he wants to reinvent the department store — but is Martha Stewart really the way to go?

Johnson on Wednesday said the retailer bought a minority stake in Martha Stewart Living Omnimedia and will install Martha Stewart shops inside Penney’s beginning in February 2013 — an announcement that left retailers and analysts questioning the wisdom. Some were even shocked. The Penney’s agreement will replace a deal Stewart has with Macy’s Inc., which expires in January 2013, although Macy’s said Wednesday it is reevaluating its agreement to determine its next step.

Johnson is formulating a strategy to turn around the struggling Penney’s as rivals Macy’s Inc. and Kohl’s Corp. eat into its market share, but his moves so far have left the industry puzzled, unimpressed — or both. He’s been telling vendors that Penney’s pricing will change, though it won’t be until a January analysts conference when he spells it out. Penney’s has a very promotional, “high-low” pricing posture, but is believed to be shifting to more of an everyday low pricing format — one that flopped at Wal-Mart. He’s also brought in a new president, Michael Francis, formerly head of marketing at Target Corp., and a new chief operating officer, Michael Kramer, formerly of Kellwood Co., both with huge pay packages. Neither has real retail merchandising experience.

Now there is the deal with Stewart, whose company has been on the block for almost a year with no takers and whose magazine has seen consistent declines in circulation.

Penney’s needs to attract greater traffic to its stores and generate some buzz. However, many question whether establishing Martha Stewart as “the centerpiece” of the strategy, as Johnson described it Wednesday, is the right answer. It’s a brand that’s been bounced around from retailer to retailer, has lost some cachet and embraces styles and a color palette that’s tasteful, safe and not particularly compelling. The Stewart deal is far from the groundbreaking pact that outgoing Penney’s chairman Myron “Mike” Ullman 3rd made to bring Sephora shops into Penney’s stores, which moved the retailer into the beauty category in a major way, brought in a slew of high-end brands — and lured younger, hipper consumers.

“I find the deal with Penney’s highly questionable, just looking at the math,” said Allen Questrom, the former chairman and ceo of Penney’s and earlier Federated Department Stores Inc., which became Macy’s. “Macy’s is a $26 billion company and Penney’s is an $18 billion company and Macy’s has a higher-income customer, on average $15,000 to $20,000 more than Penney’s. So she’s going to have to trade her products down with lower price points,” which, Questrom noted, could lead to a reduction in quality and sales volume once the business goes to Penney’s.

A retailer who has done business with Stewart said, “Her merchandise has never been a barn burner in terms of sales. The category is not something that ever skyrockets. This is not like Target investing in Michael Graves and creating really edgy highly acclaimed product,” a strategy Johnson, previously head of Apple Retail, is credited with during his tenure at Target, where he was a senior merchandiser.

Other sources agreed, pointing out that Stewart’s business has been in decline and also said the 10-year deal with Penney’s will mean Stewart will be in her 80s when it expires.

Penney’s investors gave the deal a lukewarm reception as the stock rose 0.6 percent, or 21 cents, to $33.51 Wednesday. The arrangement was seen as a godsend by stockholders of Martha Stewart, which hired Blackstone Advisory Partners to help it explore strategic partnerships in May. Martha Stewart also said it would pay a special 25 cent dividend on Dec. 30 and its shares jumped 33 percent, or $1.04, to $4.16.

Execution has been an issue in the past. Two decades ago at Kmart, the collection was dropped, and after a hiatus, revived. At Sears Canada, where Martha Stewart launched in 2004, the business never set any sales records but performed OK, though Sears encouraged Stewart to provide higher-quality products compared with what was being sold at Kmart. The Macy’s business is said to be OK, as well.

Many believe that Macy’s was blindsided by the Penney’s deal, and that it’s possible Stewart didn’t disclose her intentions with Penney’s, though Macy’s would have expected her to, and to try to work on improving her Macy’s business before taking it to the competition. Martha Stewart products are also sold at Michael’s and Home Depot.

On Wednesday, Macy’s Inc. said, “In light of the proliferation of Martha Stewart-branded product in the marketplace, Macy’s is reviewing the Martha Stewart products sold at Macy’s for potential changes in the future. No decisions have been made at this time.”

Considering Macy’s track record with brands that defect to the competition, expect a decision soon. When Penney’s started carrying Levi’s, the-then ceo of Macy’s dropped the brand entirely, though years later, Macy’s brought Levi’s back. When Penney’s started selling the Iman fragrance in the Nineties, Macy’s dropped it. And more recently, when Macy’s got wind that Penney’s was buying Liz Claiborne, Macy’s quickly cut inventories on Claiborne by 50 percent and ultimately entirely.

“If I were Terry Lundgren, [Macy’s chairman, ceo and president] I can’t see wanting to invest a lot of money behind a brand going to Penney’s. As soon as I could, I would figure out how to replace it,” said one consultant involved in bringing brands and stores together. “There are a great many people that would love to work with Macy’s, and Terry’s recent announcement about spending $400 million to renovate Herald Square makes it even more appealing. But Martha Stewart is still a very valued brand, though it’s been bounced around. The lady does have a following and an image and I believe it was doing OK at Macy’s.”

“This is an embarrassment. It doesn’t speak well for Macy’s,” said the former retailer who worked with Martha Stewart. “Macy’s would have been perfectly capable of ending the relationship prematurely by writing a check.”

For now, the Martha Stewart Collection at Macy’s includes a range of products covering the bath, bedding, cookware, entertaining, kitchen utensils, furniture and rugs categories. Macy’s deal with Martha Stewart runs through January 2013, though it’s possible the store will begin phasing out the collection and Martha Stewart ads sooner, and pumping up other home brands, such as the successful Hotel private label. The Martha Stewart products will continue to be sold exclusively at Macy’s “until further notice,” Macy’s said. “Martha Stewart is among a wide range of leading brands offered in Macy’s home store and we will continue to expand and improve our home offering based on localized customer preferences across the country.”

One possibility might be for Macy’s to expand the footprint of another of its exclusive brands — Tommy Hilfiger — into more home products. Hilfiger has done home in the past.

According to Penney’s, the 10-year deal will allow it to bring in a “comprehensive retail experience featuring Martha Stewart products, know-how and advice.” Starting in February 2013, customers will be able to visit distinct Martha Stewart stores, which will be staffed by trained Martha Stewart associates, within J.C. Penney chains. The two companies will also launch a Web site in 2013.

Under the terms of the agreement, which were spelled out first in a story leaked to The New York Times, the department store has invested $38.5 million for 11 million newly issued shares of class A common stock at $3.50 a share, for a 16.6 percent stake in MSLO. Penney’s will also have representation on the company’s board.

During the 10-year deal, Penney’s is expected to pay MSLO more than $200 million. But Penney’s is, in part, paying itself, given that it now owns a stake in the company.

Johnson, who briefly spoke on the company’s quarterly conference call last month, plans to lay out his broader vision for the chain at a Jan. 25 investor conference in New York. “I’m not here to improve, I’m here to transform,” Johnson said on last month’s call. “It is time to assert leadership, reclaim our birthright and become America’s favorite store.”

Erika Maschmeyer, analyst at Robert W. Baird & Co. Inc., said Penney’s, which says it serves half of all American households, has its work cut out for it. “They need to improve their merchandise and improve the experience and depending on how they do this, [the Martha Stewart shops] could be a step in the right direction,” Maschmeyer said. “They just need to offer better products in a better environment across the board. It’s easy to understand, hard to execute and J.C. Penney is a very large company with a lot of people and processes.”

John Henderson, a director at NetWorth Solutions Inc., noted Johnson was starting out in his comfort zone, but that he is going to have to address the apparel offering. “The first move certainly wasn’t a way to move the needle on fashion,” Henderson said. “They’re an apparel-driven company and I still haven’t found, in the backgrounds of the people they brought in, who’s going to be the driver of the apparel.”

That’s significant in part because of the adjustments to its pricing strategy that Penney’s is making, which Henderson said would mark the biggest disruption in the apparel retail and wholesale market next year.

“J.C. Penney, as they reposition, could be a big opportunity for Macy’s and Kohl’s,” he said. “It’s going to be a big step back before it’s a big step up. Most strategic transitions don’t pay off immediately. Apparel is going to be the decider of J.C. Penney’s future, they’re the leading seller of many classifications and there’s a void in terms of direction or at least in the backgrounds of the people they brought in.”

“I have a buy on the stock. I’m one of the few people who actually thinks there is an opportunity here to turn this around,” said Matthew Boss, an analyst at J.P. Morgan. Boss said the Martha Stewart offering could help drive traffic in its stores.