The company is set to become Capri Holdings, marking its new portfolio approach.

By Luisa Zargani and Evan Clark
with contributions from Lisa Lockwood
on September 26, 2018
View Slideshow 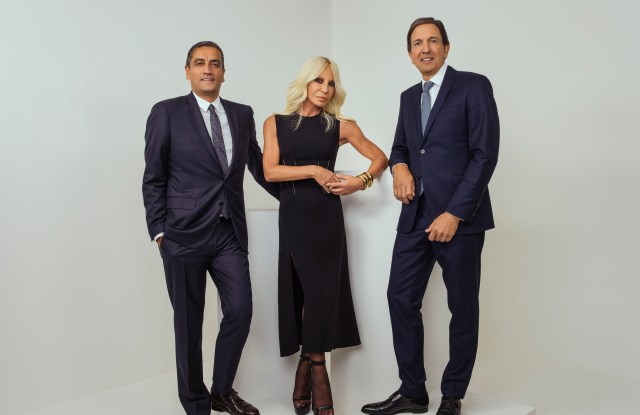 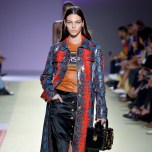 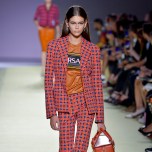 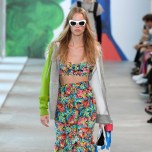 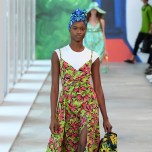 The portfolio race is on.

And while John Idol, Michael Kors Holdings’ chairman and chief executive officer, made the latest move, securing Versace in an aggressive $2.1 billion deal, his company’s going to have to keep pushing to get ahead.

Idol told WWD in an interview Tuesday that the company is done with acquisitions — for now — and is going to focus on paying down its post-deal debt load and growing Versace into a $2 billion brand.

But the group seems to be open to more deals down the line — once the Versace transaction closes in the fourth quarter, Kors will be renamed Capri Holdings, mirroring Coach’s transformation into Tapestry Inc. last year after buying Kate Spade.

Investors started feeling a bit better about the deal and pushed Kors’ stock up 2 percent to $68.01, gaining back some of the 8.2 percent the shares lost on Monday as word of the deal filtered out.

Once the deal closes, the Versace family will have a keen interest in Capri’s performance. Part of the total deal value of 1.8 billion euros will be paid in the form of 150 million euros in Capri shares. At current prices of Kors, that stake would equal about 1.7 percent of the company.

The rest of the deal is being funded by cash on hand, the company’s existing credit facility and bank loans from Kors’ advisers J.P. Morgan Chase Bank and Barclays.

Kors prevailed in what was an active sale process, sparked at least in part by Blackstone, which bought 20 percent of Versace in 2014 and was eyeing an exit.

There are few fashion properties with the kind of profile Versace has enjoyed. It is a very established brand with broad name recognition and a long history, but also has room to expand, for instance in the U.S. and through additional stores. And Versace was also not already locked up in one of the major luxury companies.

The opportunity piqued the interest of a number of strategic buyers, most notably Kering, but also Tapestry and others.

Dealmaking can become almost a reason for being for some companies that have been built around one brand’s explosive growth, but need to turn elsewhere to keep the enterprise moving forward.

It has long been a dream of the empire builders in the U.S. fashion industry to create mutlibrand giants to rival the European stalwarts LVMH Moët Hennessy Louis Vuitton and Kering — a dream that so far has only been partially realized.

But Idol clearly has his sights set on the top of the heap. And he is just catching up to Kors’ closest rival, Tapestry.

Kors, which also owns Jimmy Choo, logged sales of $5 billion for the past 12 months according to S&P Capital IQ. Versace will send that number higher immediately and is forecast to log revenues of $850 million this year, up from $350 million in 2010.

After the deal, Kors will be about on par with Tapestry, which has sales of $5.9 billion, but still far behind PVH Corp. at $9.5 billion and VF Corp., which will have sales of over $11 billion after jettisoning its jeans business. The European players are even bigger, with Compagnie Financière Richemont weighing in at $12.5 billion Swiss francs (11 billion euros), Gucci parent Kering at 16.8 billion euros and LVMH leading the pack at 44.7 billion euros.

But it also doesn’t come easy.

Standard & Poor’s said, “While the acquisition will increase the company’s brand diversity and luxury brand exposure, we think the transaction initially adds less than 10 percent to the total [earnings before interest, taxes, depreciation and amortization] base and at a lower margin.”

The debt rating agency, which revised its outlook on Kors to stable from positive, also noted the “integration and execution risks associated with the acquisition.”

Wells Fargo analyst Ike Boruchow noted that Versace, at 22 times EBITDA, or 2.5 times sales, “the deal wasn’t cheap.” (Kors is valued at 9 times EBITDA or 2.5 times sales). However, Idol has raised analysts’ eyebrows in the past with the amount he has paid for brands: The Jimmy Choo deal was at an adjusted EBITDA multiple of 17.5 times, a figure that also caused some consternation.

Boruchow added: “With the acquisition of Jimmy Choo and now Versace in a 12-month span, Kors is quickly evolving into a ‘luxury house’ of brands, and if they can hit their targets, the company should be able to drive 25 cents [per share] of accretion in Choo (from break-even today) and 50 cents in Versace (from a loss of 35-40 cents today) by fiscal year 2021 — creating 75 cents of M&A driven upside three years from now to come on top of any organic growth the model may generate.”

And Idol is clearly looking for growth from all of the above.

The ceo was noncommittal about exact timing and said the Italian brand would hit its $2 billion “over the next few years.”

“You can see other Italian luxury groups, which I won’t name, that achieved far greater revenues than that in a very short period of time,” Idol said in the interview, seemingly hinting at the powerhouse that is Gucci. “First and foremost we will focus on the brand’s iconic message, and that’s going to be led by Donatella and we will follow her lead. The focus is on the Italian heritage of luxury and craftsmanship. Made in Italy is very important and you will see it even more. We will move much more quickly, opening stores, an e-commerce platform and really capitalize on the brand’s enormous reputation around the world. I think you will see us do that in a relatively short period.

“We gave the goal of $1.2 billion in the next three years, it’s a pretty rapid growth in a very short period of time and we will focus on doing that first,” he added. “We’ll let the consumer speak to us on when we get to the $2 billion. It’s very within our reach, we know that, we see it and you can measure that [against] other luxury and heritage brands from Italy.”

Idol plans to open manufacturing plants in Italy and said “certainly shoes and accessories are going to be the areas where we will make investments in factories in Italy.” He emphasized Jimmy Choo’s “enormous shoe business” and said the category is one “we would like to control more with our own manufacturing,” leveraging Versace and Michael Kors there as well.

“Clearly accessories are an area where we will need to have manufacturing capabilities in Italy to grow in size and scale,” he said, and not only through acquisitions but also by building facilities. “That’s something that is part of a long-term vision that will happen over the next 12 to 36 months and you will see that implemented throughout the company.”

All of this change will require a melding of the Kors and Versace corporate cultures.

So far, the people at the top seem to be getting on famously.

Asked if it was a long courtship, Idol laughed and said: “Donatella does everything very quickly, that’s why she is still successful. I’m having trouble keeping up with Donatella, to be honest with you. I thought I had a lot of energy and enthusiasm, but I have met my match. It was a very, very short period of time, we met and we realized very quickly that we shared the same vision on luxury, heritage and fashion. Not in any order but those three put together and knowing Donatella’s belief in that and our wanting to support her vision in all three of those things, it was pretty simple I think for the both of us to move forward.”

It is noteworthy that the American company reached out overseas, again, to expand. Idol said that while there are “very talented designers” in the U.S., luxury goods from Europe simply resonate.

“We just made a decision about a year ago that consumers understand European luxury on a global basis better than any of the historical American brands and we felt that luxury is a very sustainable market for us to be in as a group over the long-term, so that’s what really encouraged us to focus on European companies,” he said. “We are done with acquisitions right now. We are going to focus on growing Versace, which is super important for us, Jimmy Choo and Michael Kors.”

Jonathan Akeroyd will continue to serve as ceo of Versace and said he was “very excited” to work directly with Idol, who he has known professionally for 25 years.

Asked about his first tasks, Akeroyd said “two years in, it’s great that we’ve already started the journey, the platform has been set, and I genuinely believe now working with this new group, with Idol and further investments, we can just accelerate things now.”

Akeroyd said three main drivers have been identified: “We’ll be building a stronger accessories business; further investments in marketing, and further investments in retail development. We are set up and we are ready to go and I think with the extra support we can just move even faster. We are all aware of the journey that we are going on and now we can move faster.

“The core business is the first line and that has been bringing our growth and we are very much focusing on that,” he said.

Akeroyd is also seeking to calm any internal jitters over the deal — especially questions as to whether one of Kors’ first moves would be to replace Donatella Versace as the brand’s creative head.

In a memo sent to Versace employees and obtained by WWD, he said: “I would like to reassure all of you that Donatella Versace will continue in her role of leadership of the creative vision of the brand. Donatella is key to the spirit of innovation, empowerment and diversity that lies at the core of Versace, and she is very excited about this development, as you will hear from her. I want to reassure all of you that both Donatella and I are fully committed to this new chapter for the house we all love so much; significantly, the Versace family will become shareholders in Capri Holdings Limited, which demonstrates their strong belief that this is the right move for the company and a long-term proposition.”

It remains to be seen how the deal — and the changes that inevitably flow from it — reverberate with the consumer.

“The news of Versace’s acquisition by Michael Kors Holdings will come as quite a shock to followers, admirers and customers of the iconic Italian brand, which has always been characterized by its fierce narrative and aesthetic as well as its strong family values and independence,” said Florence Allday, research analyst at Euromonitor International. “However, several years of a difficult global luxury climate, declining growth and stiff competition from brands like Louis Vuitton, Gucci and Dior, make the sale less surprising.”