The French venture capital firm specializes in investments in independent companies from the fashion and design realms. 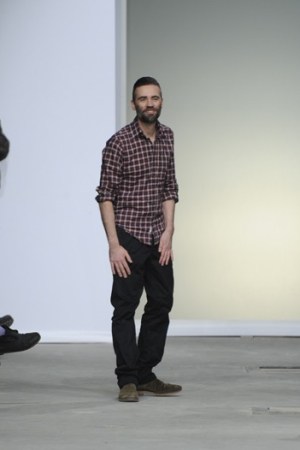 Mode et Finance, which translates in English as Fashion and Finance, specializes in investments in independent companies from the fashion and design realms showing strong potential for international growth, and that generate a minimum of 500,000 euros, or about $673,000 at current exchange rates, in revenues.

Brands that have received financial investment from the company in the past include Maison Martin Margiela, A.F. Vandevorst and Anne Valérie Hash.

A spokeswoman for Mode et Finance declined to specify the size of the firm’s stake in Polux, which was founded in 2000 by Lutz designer, Lutz Huelle, and David Ballu, who previously worked as artistic director of the Cosmopolitan Cosmetics Group. “For us this is a huge step. The company has been built up from scratch and is completely self-financed, so this investment means that we can go forward in a way that we were not able before,” said Ballu. “In the short term, it means that collections will be bigger and more diverse, with different price points and a more complete offer.”

Lutz also plans to grow its Paris team and develop a wider distribution network. The brand is distributed in around 40 high-end boutiques, such as Maria Luisa in Paris and Andreas Murkudis in Berlin.