Movado also is incubating some ideas for jewelry for its core watch brand. 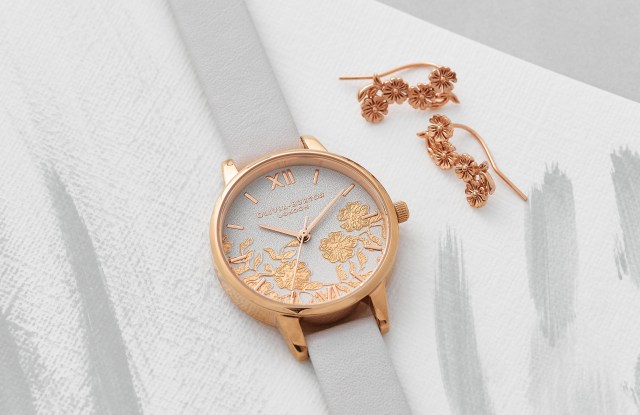 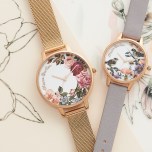 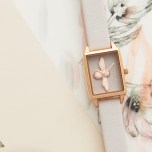 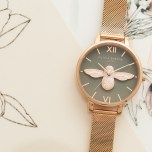 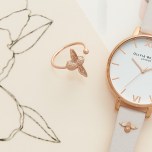 Movado closed on the transaction on Monday, buying U.K.-based JLB Brands Ltd., the owner of the Olivia Burton brand for 60 million pounds, subject to working capital and other closing adjustments. Movado said it expects the deal to be immediately accretive to fiscal year 2018, excluding transaction charges and the amortization of expected purchase accounting adjustments.

Edward Yruma, analyst at KeyBank Capital Markets, said the acquisition, along with Movado’s licensing deal with Rebecca Minkoff, is a “clear sign that Movado is continuing to focus on the Millennial consumer for future growth opportunities.”

Lesa Bennett and Jemma Fennings founded JLB Brands Ltd. in 2011. The company, which has its headquarters in East London, began selling fashion watches under the Olivia Burton brand in 2012, and added jewelry to its line in 2016. The brand targets the Millennial consumer, and the new watch collections are introduced every two months. The watch designs are inspired by both fashion and vintage trends. The cofounders will remain with the company and will oversee its operations, reporting directly to Movado chairman and chief executive officer Efraim Grinberg. Also joining Movado will be the rest of Olivia Burton’s 33-member team in East London.

The brand is sold primarily in the U.K. in leading retailers such as John Lewis, Watchshop, Argento, Selfridges and Beaverbrooks. It also has a concession at Topshops’s flagship store in Oxford Circus. The brand is in the early stages of expanding internationally. In the U.S., the brand began selling at Nordstrom, and is now in 117 doors. The company also has begun a relationship with Lord & Taylor.

Grinberg said, “I’ve been courting these two women now for a little over a year, when we first started learning about how the Olivia Burton brand was growing.”

Grinberg, who said he liked the founders — and their vision for the brand — from the start, said Olivia Burton is a great fit for the company.

“They know how to add a lot of excitement and innovation in a way that wasn’t being done in the watch category. They know how to keep a very exclusive and aspirational brand, with a high level of design quotient at an accessible price point. That is the secret sauce. These girls have the magic, and we want that magic to rub off on the company,” Grinberg said.

As for learnings from its acquisition, the ceo said that’s likely to be how they reach their customer at the point of sale and digitally online. While faced with an industry question over whether people will still wear watches in the future, Grinberg said he was impressed with how many watches the Olivia Burton has been able to sell, particularly getting shoppers to return for a second and third watch to add to their collection.

“If you do the right thing from a design point of view, and communicate and make it not hard for [people] to buy from a value perspective, all those things together says you can be very successful,” the ceo said.

In addition to its core Movado brand, the other brands in its portfolio — such as Hugo Boss — are licensed businesses. Grinberg said acquiring Olivia Burton adds a “more feminine perspective to what we are doing as a company.”

As for Movado’s first foray into the world of mergers and acquisitions, Grinberg didn’t exactly say there’s a plan to do more deals. He acknowledged that the company is on the receiving end of many proposals, but that brands such as Olivia Burton “don’t come along very often.” He noted that while other watch brands have popped up in a similar space, they don’t seem to have the same branding and “secret sauce” that he found in the British company.

“I’m a product and brand person. [Olivia Burton] has that space where art meets business. This is a great opportunity for the company,” Grinberg said.

A watch from Olivia Burton, with a 3-D bee on the dial.  Courtesy Photo

Fennings said the new watch designs range from 15 to 25 new styles every two months. Entry price points are about 60 pounds with the average around 82 pounds. The company just introduced a new watch at the 200 pounds level and is experimenting with that price point as their top end for the line. For jewelry, the opening price point is 35 pounds with the top end at 150 pounds.

Bennett said of the sale to Movado, “We look into all options, and we truly felt this was the best opportunity for the brand to fulfill its growth opportunities. Private equity couldn’t compare with Movado’s knowledge and the expertise we’re going to have access to and the distribution network as part of the Movado Group.”

One area that the cofounders said could be the next expansion opportunity would be to open a freestanding store. Grinberg said the first one would be located in the U.K. And while all three said there might be other categories for the brand, Grinberg said “we would entertain the idea for the future of expanding the brand as a lifestyle brand — the feeling right now is that the primary focus should be on continuing to grow its watch and jewelry lines internationally.

As for taking the Oliva Burton jewelry component and using some learnings to add some jewelry classifications to the Movado watch brand, Grinberg said: “We’ve thought of jewelry for Movado. We are incubating some ideas.”