The firm's ceo, Jaggi Singh, is also the owner of NML International, which holds the ABS by Allen Schwartz and Vigoss outerwear licenses. 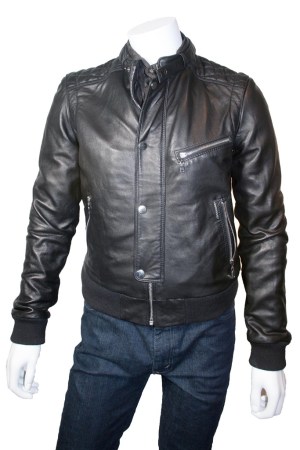 “This brand has a lot of legs. It has so much recognition from the past and over the past three years we have made it more relevant to today, with new fits and styles,” said Singh, who has grown the outerwear business sevenfold since acquiring the license. Currently, outerwear is the sole license for the brand.

“My son, who is 15, wants a Members Only jacket. There’s the nostalgic guy who remembers it from the Eighties but Generation Y wants it also,” noted Singh, pointing out celebrities like Justin Bieber, Zac Efron, Rihanna, Miley Cyrus and Miranda Cosgrove who have recently worn the zippered jacket with epaulets.

The brand currently does about $20 million at retail, in accounts including Macy’s, Bloomingdale’s, Urban Outfitters and Kitson. Founded in 1975, Members Only rang up wholesale sales of over $200 million at its peak in the late Eighties, according to Singh’s figures.

For fall, NML International — which also holds the ABS by Allen Schwartz and Vigoss outerwear licenses — is offering the classic Members Only jacket in an updated style in its well-known nylon iteration for $78 retail, in addition to new options in lightweight down, suede and leather, with prices going up to $798. In women’s, the fall line includes animal prints, sequins, pastels, neons and jewel tones.

Men’s comprises about 60 percent of total brand sales and women’s is 40 percent.

Currently, Members Only distribution is in North America and Singh is seeking licenses in international markets. The brand will show at Project in Las Vegas next week.