The deal, completed Monday, values the classic, preppy brand at $80 million, according to sources. 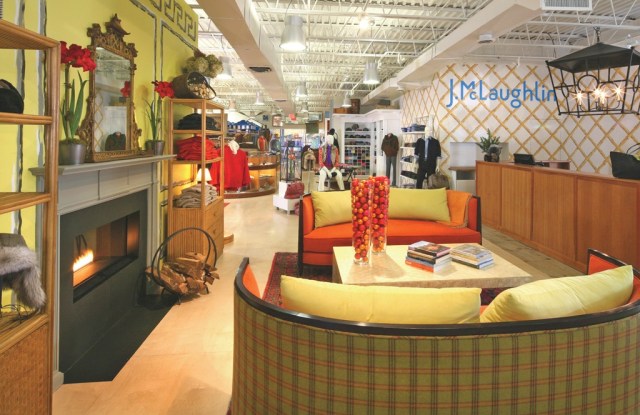 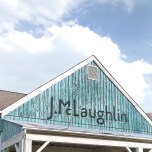 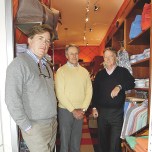 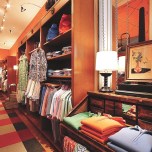 J. McLaughlin, the classic, preppy brand with quaint shops popping up on America’s Main Streets, has been sold to a private equity group, WWD has learned.

The group, led by JH Partners and the Highland Consumer Fund, acquired a majority stake in the business. Jay and Kevin McLaughlin, the brothers who founded J. McLaughlin 34 years ago, as well as the chief executive officer Steven Siegler, retained a minority interest and will continue in their same roles at the company.

The deal, completed Monday, values J. McLaughlin at $80 million, according to sources. J. McLaughlin operates 53 stores and a Web site, and will exceed $40 million in volume this year.

On the day after the deal closed, the McLaughlins explained why they decided to sell the company they were so strongly identified with. “We have always reinvested profits back into the business. We felt it was the right time to take a little bit off the table and have a little less financial responsibility,” said Jay McLaughlin, the chief merchandising officer.

“After 34 years of work, it was time to monetize and get a bigger platform for our efforts,” added Kevin McLaughlin, chief creative officer. “We’ve grown nicely over the last few years but the growth has always been organic, self-financed and with limitations. With the right partners now, we can accelerate that.”

Selling the company, he acknowledged, felt bittersweet, though he added: “It feels like the right thing to do. It’s appropriate.”

“J. McLaughlin’s unique approach to retailing, differentiated merchandise, neighborhood stores and high-touch customer service appeals to consumers in a way we have not seen before,” said Jeff Hansen of JH Partners, who will join the J. McLaughlin board. Tom Stemberg, managing partner of Highland Consumer Fund and founder and former ceo of Staples, said J. McLaughlin has “significant opportunity for continued expansion.”

According to Siegler, the deal brings J. McLaughlin to “the next stage of development” and enables the company “to focus on areas where we’ve been unable to, because of our lack of experience or lack of capital. As fast changing as the world is, we need to keep up with it.” Building up its logistics and systems to support growth, and becoming more committed to social media, e-commerce and marketing will be new priorities, he said. “The one thing we definitely don’t want to change is the customer experience and expectations as we grow,” Siegler said, referring to the brand’s DNA and the signature tradition-with-a-flair style. J. McLaughlin is known for its timeless bright prints, hand-quilted jackets and colorful Catalina T-shirts, among other items.

Forty percent of the product is produced at the McLaughlins’ 40,000-square-foot factory in Brooklyn, N.Y., which generates between 2,000 and 3,000 styles a year, mostly cut-and-sewn garments. The facility houses the administrative offices, a photo studio, the print library, a fabric warehouse, and operations for product development, design, merchandising, merchandise planning, IT and distribution. The factory has the capacity to triple output. The rest of the product is manufactured in Europe and Asia.

“We are not going to change the business model,” said Kevin McLaughlin. “We will enhance it. Our strength is classic retailing, conceiving a product, manufacturing it and selling it. That’s our core competency. That simple, basic form of retailing, we do a good job with that. But the world of retailing is evolving very quickly right now. The marketing and media side has been a limitation. People who know this brand love it, but not that many people know this brand. If you could get it in front of more people via increased store count or e-commerce, there is a big opportunity.”

Jay McLaughlin added, “If Fair Isle sweaters were coming back next year, that’s something we would sense. We live and breathe that stuff. We have always loved the product and understood the brand we were building. We never veered off the formula. We talk about tweaking but it’s always in the parameters of what McLaughlin is about.”

The company plans 10 to 15 openings next year, though under new ownership, the expansion might ramp up to 15 to 20 sites in 2013, and possibility more thereafter, but not necessarily, Jay McLaughlin said. “They want us to run the business just the way we have been running it. They are not telling us we need 20 or 30 stores. They ask, ‘What is the comfort level?’”

The McLaughlins have cited the potential to ultimately open 300 stores in the U.S., which seems plausible because several major markets have not been touched. Expansion has mostly been contained to the East Coast. There are no stores in California or Texas yet, and stores will soon open for the first time in Atlanta. The McLaughlins seek buildings with character on street locations, occasionally open in lifestyle centers, and shun malls. “Frankly, the mall atmosphere diminishes the brand,” said Kevin McLaughlin.

For about two years, the McLaughlins had contemplated selling a majority stake. “It’s something you go back and forth on, but I am excited now that everything has been pulled together,” said Jay McLaughlin. “I think it’s going to be best for J. McLaughlin and I look forward to seeing it to the next level. We will work just as hard to get to the next level. We still have a monetary interest in the business. In four or five years, as the company grows, there will hopefully be another opportunity” to sell again.