Born out of the surf and sport landscape of Southern California, QALO was founded in 2013 by Ted Baker and KC Holiday, and has made more than $150 million in revenue selling medical-grade silicone rings direct-to-consumer online and through retailers including Target, Dick’s Sporting Goods and REI.

One of the first to the functional wedding ring category, the brand has built an impressive fan base of star athletes and celebrities including NBA players LeBron James and Stephen Curry, NASCAR’s Dale Earnhardt Jr., MLB player Bryce Harper, pro surfer Shane Dorian and country music star Jason Aldean, in addition to consumers, many in law enforcement and military, who wear QALO as a sportier alternative to traditional wedding bands.

Once aspiring actors themselves, Baker and Holiday met while working at a Los Angeles-area restaurant. Both recently married, they bonded over loving their wives but feeling uneasy about wearing chunky metal rings for the first time in their lives. They started QALO (an acronym for quality, athletics, love, outdoors) out of Holiday’s garage.

The rings come in dozens of colors and designs, all priced under $40, and can be engraved with names and initials, or stacked for a style statement. They are made from a patented Q2X material that is 10 times more resistant to gas, oil and household chemicals then standard silicone, and is pliable enough for active hands.

Win Brands Group is an e-commerce holding company founded in 2017 by former Burch Creative Capital executive Kyle Widrick and Shopify alum Taylor Sicard. The company has been building a roster of digitally native, DTC brands and helping them scale, including TSA-approved size Stowaway Cosmetics, customizable shirt company Bow & Drape and Homesick Candles, which smell like a location or memory. Since its acquisition from Buzzfeed 18 months ago, Homesick has seen 200 percent revenue growth, and sold more than 500,000 candles in 2019.

“What drew me to QALO is they created this industry,” Sicard said. “They were the first to market silicone rings as a more comfortable and affordable option to semiprecious metals. From there it turned into a great business with a loyal following, especially on the athletic side, and some of the world’s most influential people wearing their product with no compensation from the business.”

“LeBron James having our ring on while signing his contract with the Lakers, Steph Curry wearing our ring at the parades after winning NBA championships one, two and three, those things are huge,” Baker said. “When the [Philadelphia] Eagles won the Super Bowl, we sent them all championship rings, and every one had our ring on during the parade, they didn’t have the Super Bowl rings on….That’s been a driver as well as wholesale — going into Target, being a top seller at REI. It’s creating a great quality product, and letting people see it again and again.”

Sicard has plans to bolster QALO’s wholesale footprint and DTC business, and ease the divide between the physical and digital retail experiences by introducing technology to help shoppers determine their ring size. He’ll also be focusing on international expansion. The brand is sold in North America, Europe and Australia. A rollout in Japan will be next.

Demand for QALO’s silicone rings has been growing, particularly among women, Baker said. “At first, they were shopping for men, but then they started to realize the rings made a lot of sense for their lifestyles, too — if they’re going to the gym, are pregnant, have a newborn, are traveling — all the places they want to show the world they’re married but not show a diamond ring,” he said, noting that people are also buying multiple rings and matching them to their mood and outfit: “Commitment isn’t based on a specific ring, or item, it’s based on an ideology. And we want you to mix and match.”

He sees potential for the active ring market with Millennial and Gen Z consumers. “They are about experiencing things, not necessarily buying them,” he said, noting that the brand will launch an experiential-focused campaign in 2020 with the tag line, “Diamonds don’t belong here.”

“Not everyone can afford to spend thousands on a wedding ring,” said Sicard, adding that licensing and influencer partnerships are also on the table to drive growth. He also sees a sustainability play in the future. “I think that’s a great opportunity,” he said, noting the growing popularity of synthetic diamonds. “When precious metals are being refined, it creates waste. In transparency, silicone is not perfect, but it may be a better option from a carbon offset perspective.” 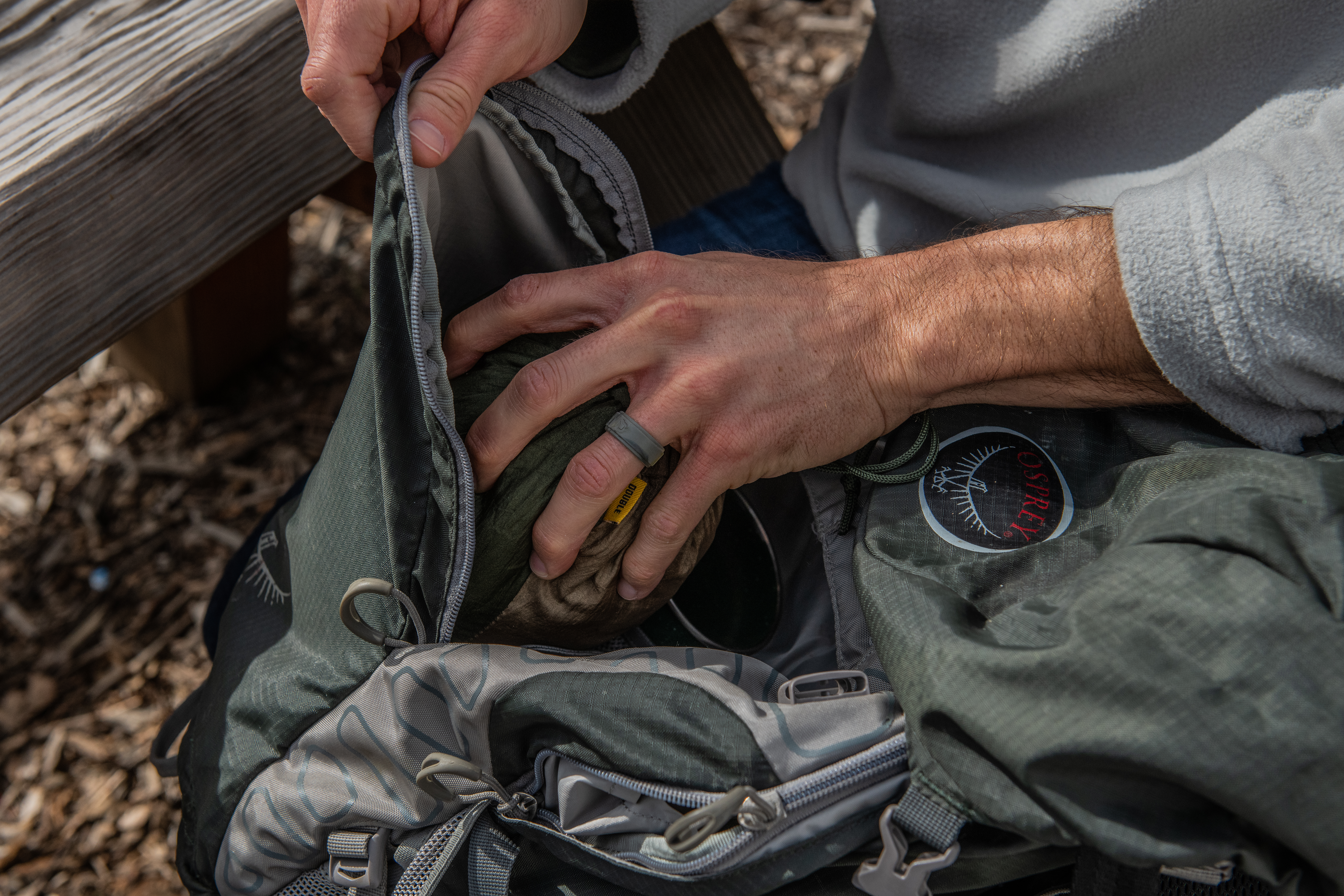