Searching for a Deal in a Coronavirus World

The shutdown might make for some big fashion combinations that were only dreamed of before COVID-19.

The COVID-19 crisis is expected to supercharge dealmaking in fashion.

So much has changed in fashion. Stores are closed, delivery schedules have been tossed out, most consumers are locked down, cash is at a premium and the global economy is tanking. Share prices of many of the biggest names in fashion and retail are at lows not seen since the Great Recession. While all of that has consumed the industry, it’s also prompted dealmakers to consider the world anew and wonder: What’s possible now?

Might Hermès International or Chanel be persuaded to spend some of their cash hordes on expansion?

Would Amazon follow up on its Whole Foods deal with an acquisition of Kohl’s Corp.?

Is there some possible combination of PVH Corp., Ralph Lauren Corp., Tapestry Inc. or Capri Holdings?

Or a digital market mash-up between Net-a-porter, Mytheresa, Matches or Farfetch?

There are arguments for and against all of these, but even in the midst of a coronavirus nightmare, there’s room to dream a little — and some are starting to search for their next deal.

Billion-dollar transactions are never a sure thing in the industry. Strategic rationale, stock price, financing and c-suite egos all have to align in a way that gets companies to first seriously consider the possibilities, overcome all the hurdles and then actually consummate a transaction.

That makes for a generally slow-moving market, with big deals valued at north of $10 billion — like LVMH’s $16.2 billion agreement to acquire Tiffany & Co. — extremely few and far between.

The beauty sector has been on an incredible rush of dealmaking in the last few years, but most of those transactions have focused on smaller, but quickly growing brands that are valued at closer to $1 billion than $10 billion.

For the first time in a long while, retail and fashion could take some of the spotlight that has been on the beauty sector — but not necessarily for the best reasons.

The most immediate deal-making could come from distressed companies forced into pair-ups in bankruptcy court, including Neiman Marcus Group, which is teetering on the edge, but is still largely seen as a valuable business that simply couldn’t manage the debt its private equity owners put onto its balance sheet.

But with $1.5 trillion of “dry powder” to spend, according to Prequin figures for April, private equity should not be counted out. Big players with distressed debt funds are looking for opportunities now, and those looking for growth opportunities have a finger to the wind and are planning their next moves carefully.

And everything is happening faster now.

Emanuel Chirico, chairman and chief executive officer of PVH Corp. recently told WWD, “I always felt there was going to be a level of consolidation in the retail industry, both in the department store, specialty store and in the apparel wholesale side of the business.”

But the dealmaking that might have been still five or six years in the future could be accelerated by the disruption caused by COVID-19. “I don’t think there’ll be anything in the next six months, but post that, I think there will be opportunities,” Chirico said.

PVH is an active acquirer, having brought Tommy Hilfiger, Calvin Klein, Warnaco and others on board and was already looking for another big deal.

VF Corp., owner of Vans, The North Face and Timberland, is another steady consolidator sure to be thinking ahead and looking for deals.

In luxury, Kering and LVMH have massive portfolios that could nonetheless be expanded with any number of “smaller” brands, from Prada and Ferragamo to Burberry and Moncler. Even before the crisis, all those names were mentioned as acquisition possibilities for either of the French groups. 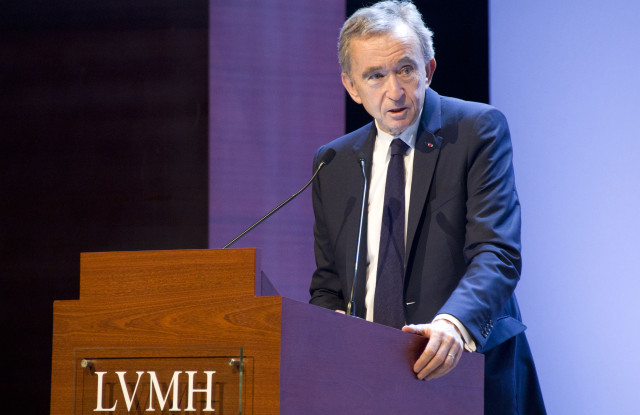 There is one caveat, though.

The government could step in to protect companies in a time of COVID-19 stress.

This week Sen. Elizabeth Warren (D-Mass.) and Rep. Alexandria Ocasio-Cortez (D-N.Y.) said they would introduce an anti-monopoly act to protect companies during the pandemic by declaring a moratorium on deals involving companies with sales over $100 million or private equity players.

“This legislation is desperately needed,” Ocasio-Cortez said. “Antitrust agencies have already admitted their capacity to review mergers is reduced by the crisis. Meanwhile, reports say that Rite Aid, private equity and other big businesses are actively looking to scoop up smaller businesses and consolidate industry for their gains. These companies should be using their cash reserves to help their employees not to acquire more power. If we don’t stop predatory M&As now, the actions of big corporations will have decades-long economic consequences — for all of us. With less competition, the whole country will see job loss and higher costs for consumers.”

But if lawmakers don’t step in directly, Joel Bines, global co-leader of the retail practice at AlixPartners, said, “There’s going to be an acceleration of consolidation across every segment of the retail economy.”

He put the types of deals into three categories — those that would consolidate sectors, diversify companies or make them more vertically integrated as firms stake out bigger claims in the supply chain.

The timing of any dealmaking rush is still in flux, but with parts of the country starting to tentatively reopen, dreams of the future could start to become reality in the months ahead or whenever the landscape settles and the survivors consider their options.

“We’re still in a period of companies assessing what this all means,” said David Shiffman, co-head of consumer retail at PJ Solomon. “Each company right now is looking out for their own needs, thinking about how to maximize their cash holdings.”

But for the strongest, the future also beckons.

“For those who successfully navigate through this, the prize will be enormous,” Shiffman said. “There will be incredible opportunities.”

While he said the COVID-19 crisis and shutdown would not necessarily be a “reordering of the universe” in retail, it would be “the ultimate catalyst that will separate the haves from the have-nots. Those who were dominant to begin with will become increasingly even more so.”

It will also be a time when the c-suite can shine.

“This is going to force leaders to be more strategic than ever before, to make real decisions on things where they’re just using their best judgments,” he said. “This is where your best leaders emerge.”

In business strategy terms, the coronavirus is seen as supercharging most of the trends that were already pushing the market forward, from the drive to become more e-commerce savvy to the need to be bigger.

That, along with potentially bargain-basement prices, only fuels the mergers-and-acquisitions push, opening the way for deals that bring in more capabilities (à la Target Corp.’s 2017 deal to buy last-mile delivery firm Shipt) or adds bulk (like Tapestry’s acquisition of Kate Spade that same year).

But now, even the big are seen as needing to get bigger still.

Tapestry, which owns Coach, Kate Spade and Stuart Weitzman, as well as Capri, which owns Michael Kors, Versace and Jimmy Choo, have historically been consolidators in the industry, but now could also be in the crosshairs.

“Size, scale and balance sheet matter,” said investment banker Elsa Berry, managing director and founder of Vendôme Global Partners. “A crisis like this is going to be a fundamental confirmation that size matters and those that survive and are the buyers are those that have a good balance sheet, good cash position, they have the scale to weather the storm and will be strong.”

Mid-sized brands that have to, for instance, scramble for good retail spots that LVMH can easily grab with its clout might feel they need to finally make a move and sell.

“They have to understand that the world is so complicated that they can’t do it alone,” Berry said. “It’s in your face now. The consolidation is going to be huge.”

“It’s going to be more seduction, some small dance, not yet the real tango, but it’s happening,” she said.

Berry is watching to see if watch and jewelry brands seek to build their own store bases through acquisitions and if multibranded retailers start buying brands.

“What is Amazon going to do in this environment?” she said. 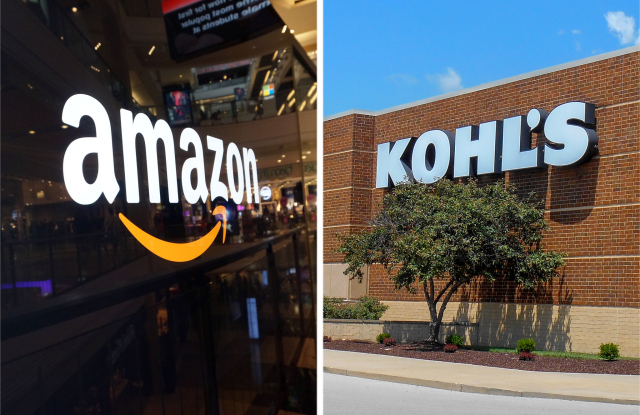 Kohl’s has grown closer to Amazon and is accepting the web giant’s returns.

Amazon could do almost anything. With a market capitalization over $1 trillion and a business that is suddenly essential, it has the wherewithal to make a move. (Similarly, Walmart Inc. could also move in any number of directions, with a market cap of $350 billion and a willingness to expand digitally, having made big deals for Jet.com to strengthen its digital chops in the U.S. and Flipkart to grow online in India).

There’s been speculation that Amazon would want to get even closer to Kohl’s, which has been accepting Amazon returns. A year ago, the web giant took a warrant to buy up to 1.7 million shares of Kohl’s, or 1.1 percent of the company, at $69.68 a share.

That warrant isn’t worth anything now, with Kohl’s stock trading near $20.

But the relationship the two companies forged in better times might be just enough to build a dream that turns into reality.