The deal would be the first acquisition by the group which owns Sandro, Maje and Claudie Pierlot.

The move marks the decade-old group’s first acquisition and signals its plans to grab more territory in the growing men’s wear market. 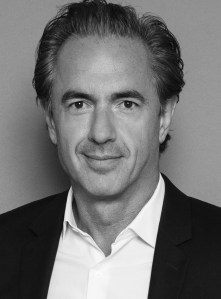 Lalonde noted the market for men’s wear in the accessible luxury category is worth around 21 billion euros and expected to grow at a rate of more than 4 percent a year.

The executive plans to take the De Fursac, which is known for its modern, tailored silhouettes, from its current level of around 40 million euros in annual sales to over the 100 million euro mark in the near term by expanding the label abroad, leaning on the group’s e-commerce expertise and adding new categories — notably shoes and accessories, as well as more casual looks, he said. The label’s retail model, fast production cycle and sourcing experience make it a good fit for SMCP, according to the buyer.

Lalonde pointed to the group’s experience with Claudie Pierlot, and Sandro Homme — each of those brands had a similar growth trajectory in a five-year span — as a reason for his confidence in the projections. Sandro Homme generates around half of its sales from markets outside of France; Lalonde is targeting a proportion of 30 percent for De Fursac in the medium term, as well as 10 percent sales from digital channels.

De Fursac, while sold mostly in France, along with two stores in Switzerland, is popular with tourists, including the Chinese, which bodes well for its expansion abroad, Lalonde added. The executive plans to expand the label, which is known for its modern suits made with Italian fabrics, in Europe before tackling Asian markets. 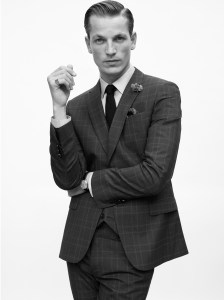 A look from De Fursac  Courtesy

De Fursac was founded in 1973 and counts 54 stores in France and Switzerland. The label’s sales last year were 41.4 million, a 5.4 percent rise in like-for-like terms and has a higher margin of earnings before interest tax, depreciation and amortization than SMCP.

The acquisition, which is subject to regulatory approval, should be completed by the end of the third quarter this year and will be accretive to earnings per share from 2019, on a full year basis, the company said.

SMCP announced in May that it had refinanced its debt and flagged the move as unlocking funds to expand faster in markets such as China and Japan, as well as pursue small acquisitions.

The French company, which was listed on the Paris stock market in 2017, is controlled by Chinese textile conglomerate Shandong Ruyi Group. The listing generated funds to fuel the expansion of its fashion labels around the world, including in China, where growth has been particularly fast. SMCP opened its first store in Shanghai in 2013 and now counts more than 100 stores in the country.

SMCP’s contemporary labels are also making a push into the U.S. and Mexico and, last fall, Maje opened its fifth Manhattan store in Rockefeller Center.