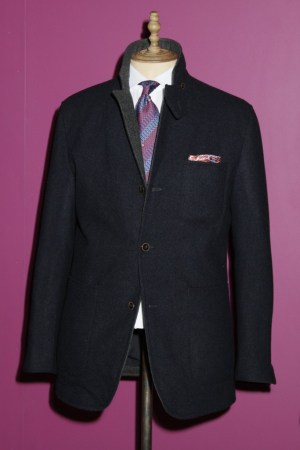 Trinity Limited, the Hong Kong-based retailer of luxury men’s wear brands and part of the Li & Fung Group, said Wednesday it has agreed to purchase the British men’s tailoring label Gieves & Hawkes, which is headquartered at a white columned mansion at No. 1 Savile Row.

Gieves & Hawkes has been owned since 2002 by a subsidiary of the Hong Kong-based Wing Tai Properties Ltd. The label has been based at No. 1 Savile Row since 1912, and traces its roots to 1771, when Thomas Hawkes set up as a cap maker on London’s Brewer Street.

Trinity said in addition to the initial sum, it would make further annual payments to Wing Tai for 18 years, up to a cumulative maximum value of 60 million pounds, or $95.3 million. The annual payments will depend on Gieves & Hawkes’ success in greater China, Trinity said.

Trinity noted it expects to complete the transaction in a month, using funds from the company’s internal resources, including banking facilities.

Wong Yat Ming, group managing director of Trinity, said the British brand’s “strong heritage in fine tailoring and dedication to quality…gives Gieves & Hawkes an immense appeal for discerning customers around the world and, most importantly, in luxury markets like China.”

Indeed, the label is known in its native England for its heritage and its illustrious clientele. Prince William wore a Gieves & Hawkes suit for his engagement portrait, and the house has also dressed Sean Connery, David Beckham and former British Prime Minister Gordon Brown. It holds three Royal Warrants, and alongside its tailoring creates ceremonial uniforms for the British military.

Last year, the brand named Central Saint Martins graduate Barry Tulip as design director, and for fall he showed a collection that focused on classic men’s wear silhouettes, inspired by Sixties fashion plates such as Tommy Nutter, David Hicks and The Beatles.

In the fiscal year ended December 2010, the company’s most recently published financial report, Gieves & Hawkes reported sales of 15.6 million pounds, or $24.3 million at average exchange rates for the period, and a loss of 2.5 million pounds, or $3.9 million.

Those figures were filed to Companies House, the official register of U.K. businesses. According to industry sources, the brand’s performance has improved markedly since then. A spokeswoman for Trinity said the company does not break down the sales and profit figures for individual brands.

Ming added that Trinity, which also manages men’s wear brands including Cerruti 1881, Kent & Curwen and Altea in greater China, plans to enhance the value of the brand and grow its business internationally by “leveraging on the solid foundation that Trinity has already built for Gieves & Hawkes across Asia.”