The body said it was concerned about price rises, less competition and a decline in quality, range and service for customers.

LONDON — Britain’s competition authority has killed off the proposed merger between Sainsbury’s and Asda that would have created Britain’s largest grocer, with revenues of more than 50 billion pounds.

The 25-page decision from the Competition and Markets Authority, published Thursday, comes a year after the two supermarket giants rocked markets with promises of creating a “dynamic new player” that would lower prices by 10 percent on frequently purchased products and offer better services to consumers.

“The Competition and Markets Authority has decided that the anticipated merger may, on the balance of probabilities, be expected to result in a substantial lessening of competition in a number of markets in the U.K.,” the CMA wrote in its final report on the merger Thursday. “The CMA has decided to prohibit the merger in its entirety.”

The body said the merger would have created the U.K.’s largest retailer of fuel by volume, due to the gas stations that are often adjacent to the larger supermarkets. It also flagged “extensive competition concerns, which may be expected to lead to price rises or a worsening of quality, range or service for customers at either a national level or at individual stores.”

The deal had valued Asda at about 7.3 billion pounds, on a debt-free, cash-free and pension-free basis, and would have seen Asda’s parent Walmart become a 42 percent shareholder in the new, combined business. 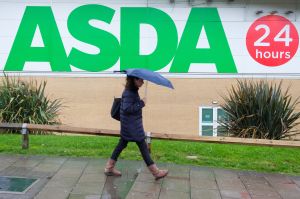 The merger would also have been a slick exit route for Walmart, which has been keen to leave the U.K. retail market, due to the increasing competition from European discounters such as Lidl and Aldi, lack of growth opportunity and the rise of the retail behemoth Amazon, which owns Whole Foods.

The decision did not come as a surprise as the CMA had already voiced its reservations about the merger in February, requesting that the deadline for its final say be extended by two months to April 30. Back in February, the authority said it was worried about customer choice, the quality of the goods on offer and higher prices for consumers. Unions, fearing job losses at stores and depots alike, had been against the merger from the start.

The proposal to fuse Asda and Sainsbury’s raised red flags almost immediately after it was announced, with analysts and industry observers pointing to the potentially negative impact on producers, suppliers and supermarket staff, given the inevitability of store closures and the combining of back-office operations.

“There are certainly good reasons for considering this merger,” Barclays wrote in a report following the announcement last year. “Buying synergies, cost savings, complementary strengths and weaknesses. But there are also risks: A competition investigation could take a year or more, and significant store divestments might be needed. Running dual [brand] banners would make it harder to extract the full synergy potential.”

The supermarkets’ merger case was also hindered by a film of Sainsbury’s chief executive officer Mike Coupe, who was caught on camera not long after the merger was announced, singing: “We’re in the money, the sky is sunny. Let’s lend it, spend it, send it rolling along,” in a studio before a television interview. Coupe, who was ridiculed and vilified by the British press, later apologized for the “unfortunate choice of song.”

Reacting to Thursday’s decision, Coupe argued that the specific reason for wanting to merge was to lower prices for customers.

“The CMA’s conclusion that we would increase prices post-merger ignores the dynamic and highly competitive nature of the U.K. grocery market. The CMA is today effectively taking 1 billion pounds out of customers’ pockets. Sainsbury’s is a great business, and I am confident in our strategy. We are focused on offering our customers great quality, value and service, and making shopping with us as convenient as possible,” he said.

“We have been clear from the beginning of the proposed merger about two things,” McKenna said. “Firstly, that retail is rapidly changing and standing still is not an option, and secondly, that we will always ensure our international markets are strong local businesses powered by Walmart.

“The U.K. remains one of the most competitive retail markets in the world, and Asda’s seven consecutive quarters of year-on-year growth show it is a strong business with a clear strategy and focused leadership. It was against that backdrop that we decided to explore the proposed merger with Sainsbury’s — an opportunity which would have further strengthened the Asda business and delivered real benefits for U.K. customers,” she added.

McKenna said the company was disappointed by the CMA’s final report, and that Walmart’s focus is to continue to position Asda as “a strong U.K. retailer delivering for customers. Walmart will ensure Asda has the resources it needs to achieve that.”