The deal brings together UBM's shows, including WWDMAGIC, Project and Coterie, with BJI's consortium of events. These include MRket, AccessoriesTheShow, EDIT, Fame, Moda and Stitch.

By Jean E. Palmieri
with contributions from Lisa Lockwood
on April 29, 2016
View Slideshow 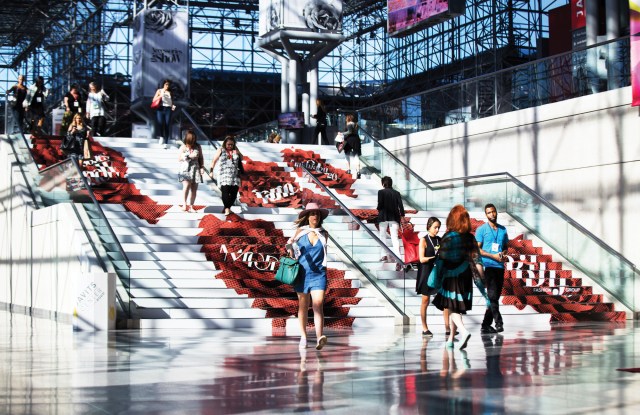 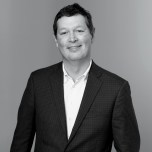 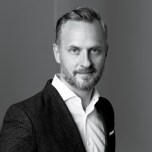 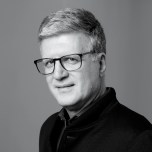 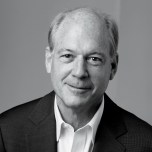 This story first appeared in the April 27, 2016 issue of WWD. Subscribe Today.

But put all of those aside for a moment and consider the trade show. Sure, the big ones have their own apps, floor finders and digital platforms, but the heart of the business hasn’t changed much over the years. They still set up thousands of booths in convention centers or hotels and invite retailers to shop the latest looks from exhibitors.

While the concept may not be revolutionary or sexy, the service it provides remains essential to most stores.

“Trade shows are invaluable,” said Dana Katz, president and owner of Miltons The Store for Men in suburban Boston. “You’re able to see so many people under one roof, or a few roofs, and you can compare.”

There will be one fewer roof starting next month as a result of UBM America’s purchase last week of Business Journals Inc. for $69 million in cash. The deal brings together UBM’s shows, including WWDMAGIC, Project and Coterie, with BJI’s consortium of events. These include MRket, AccessoriesTheShow, EDIT, Fame, Moda and Stitch.

All of the shows will continue under their existing names under the new ownership arrangement, but MRket, BJI’s men’s wear show, will join Project at the Mandalay Bay in Las Vegas, while the women’s shows will relocate to the Las Vegas Convention Center to join UBM’s WWDMAGIC and FN Platform. In New York, many of the shows had already been housed at the Jacob K. Javits Convention Center and that will continue.

“We know how hard it was to maneuver the marketplace, especially in Las Vegas,” said Tommy Fazio, president and fashion director of the UBM Fashion Group. “My commitment to the retailers and brands will be to create a seamless place to shop. And we’re excited to bring the BJI shows into the fold.”

He said that with UBM’s resources, the “communication to retailers” will improve and there will be a “one-voice strategy across all our fashion events.”

While the essence of trade shows may be the same as it was two decades ago, much has changed, Fazio said. “Trade shows are a community of creative people who come together two or three times a year to speak with a unified voice. But it’s now more about speed-to-market and communicating what we stand for as an industry. I actually think trade shows are getting stronger instead of weaker.”

Chris DeMoulin, managing director of fashion for UBM Americas, said because the group is the largest event company in North America, the combined shows will “realize the benefit of that scale and improved systems so that it’ll be easier for exhibitors and buyers.”

Because the London-based UBM plc is international, the organization is also increasingly attracting retailers from Asia, Europe and North and South America to its shows.

Earlier this week, UBM plc also revealed it was launching IFF MAGIC Japan, a new venture between its MAGIC trade show and JFW-International Fashion Fair to hold a trade show in Tokyo twice a year.

“We see growth in the North American market and internationally,” DeMoulin said. “The events will continue to be extremely valuable, but we will also knit the community together 365 days a year.

“Our responsibility is to innovate and evolve and bring the experience to life at our events.”

Bringing that experience to life in a more cohesive setting will also address the common irritation of stores that there are too many trade shows in too many different venues.

“My complaint as a retailer has been the inconvenience,” said Ken Giddon, president of Rothmans in New York, who makes a point of walking every show in his hometown as well as Las Vegas. “For guys like me who go to the shows and really work, we’re all about the efficiency of the experience,” he said. “So from a retail point of view, [the acquisition is] all upside.”

Observers also believe the UBM/BJI deal is a positive one for the industry.

“Overall, I think this merger makes sense, as this will allow the experience for both the exhibitors and retailers to be more efficient and all-encompassing,” said Susan Sokol, founder of Susan Sokol Consultancy. “The retailer will have the opportunity to see some brands they may not have seen in the past or even thought to see. Same for the exhibitors. They will have greater exposure to more retailers.”

Sokol had one suggestion: “UBM may want to consider extending the length of some of the larger shows since now there will be more exhibitors and more brands to cover for the retailer. To physically see and absorb all the exhibitors in three or four days is a daunting task.”

“I’m very happy to see it,” he said. “In a consolidating industry, this is great timing for BJI. As the industry changes and evolves, so do the trade shows. Consolidating into fewer venues is easier for retailers to shop.”

He said trade shows are the most viable solution for retailers who “still want to feel and touch. What are the options? You can see the largest amount of vendors in the shortest period of time.”

Ellinger believes the acquisition “is one of the last major pieces of the trade-show puzzle that needed to come together. It’s expensive to produce trade shows and keep up with the technology that exhibitors and retailers expect. And UBM has the resources to make the investment.”

That’s not to say there’s no competition left. In Las Vegas, for example, Liberty Fairs, Capsule and Agenda will still draw retailers to the Sands Expo, in between UBM’s venues at Mandalay Bay and the Las Vegas Convention Center. “I’ll still go to the other shows,” Giddon said, “but I’ll definitely spend more time at Mandalay Bay.”

Ditto for Katz. “But if they can make our lives a little simpler with one or two fewer locations, it’ll be more efficient for us to do our jobs — and we need more efficiency.”

In addition, he said the deal is indicative of the trend in the industry as a whole, with the big getting bigger and the small getting swallowed up.

“It’s becoming a game of big players,” he said. “Independents in all areas are becoming more rare.”

Roseanne Morrison, fashion director of The Doneger Group, was also in favor of the deal. “In terms of UBM, it is prescient,” she said. “We have been overwhelmed with too many shows, brands, items, and it is difficult to distinguish good brands as there are just too many to choose from. I think it will benefit buyers in that respect as we are in the era of information overload.”

For most vendors, the merger is a nonissue.

“It means positively nothing to me,” said Peter Leff, executive vice president of wholesale for Tommy Bahama, which shows at Project in Las Vegas. “We don’t care who owns a show. We care more about the clientele, our neighbors and the timing.”

According to one large men’s furnishings label that recently relocated from MRket to Project, “It’s a nonevent for us. If they consolidate under one roof, it would help dress furnishing vendors be more impactful as a category. The multiple locations were too much of a hassle for the buyers to navigate during their time at the shows.”

Ronny Wurtzburger, president of Peerless Clothing, which shows its licensed brands at MRket and the Tallia label at Project, was more upbeat. “It’ll be great to have both shows at the same place.

I wasted half a day going back and forth between the two shows. For me if the retailers are there, I’m there — pretty simple. I’m not there to play, I’m there to sell and find new customers.

The latter is harder. I would like to do it on a big boat so the customers would have to stay for the three days.”