The new executive team at boutique investment banking firm is expected to focus on international expansion. 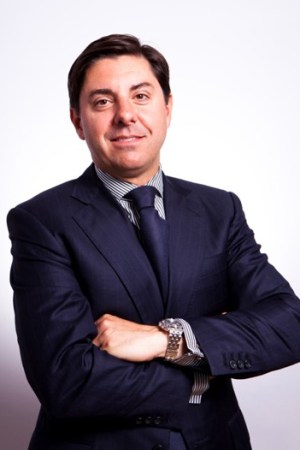 Welch, who is currently managing director and head of Europe, Middle East and Africa retail and luxury goods investment banking at Credit Suisse Securities Europe based in London, will join Financo in September. He has closed over 70 transactions globally, and has acted on behalf of a client roster list that includes Foot Locker, Puma, TJX Companies, Tommy Hilfiger and The Warnaco Group. He will be based in Financo’s Manhattan office.

“After what has been a tremendous experience for me in Europe at Credit Suisse, I am looking forward to returning to the United States and the opportunity to lead an organization such as Financo, a firm that I have known and respected for more than a decade,” said Welch.

Goodman was managing director of the firm. She joined Financo in 1994 and has worked on a number of transactions, including The Jones Group’s acquisition of Stuart Weitzman last year. Her promotion is effective immediately.

According to Goodman, the new executive team at Financo will “build the firm’s core mergers and acquisitions practice domestically, and expand globally.”

Financo’s client base consists of both strategic and financial players. The firm typically works via teams for its varied projects.

“We tend to subspecialize in areas we have experience in, and Welch has phenomenal experience overseas. We intend to capitalize on that,” Goodman said.

Both Welch and Goodman will work closely with Gilbert Harrison, Financo’s chairman and founder, in charting the course for the firm’s future growth. Financo was founded in 1971.

According to Harrison, “The executive changes at Financo come at a time when the M&A business has revived significantly in the last six months over where it was in the last three years, for both mid-market and large transactions in the consumer and merchandising sectors. Both the strategic buyers have an interest as well as the financial players, who now have more open to buy than in the past. They are both anxious to do the right transactions.”

Harrison is working on a project in China and spent a few days in Paris earlier this month working on a possible international transaction. It’s an area he would like the firm to become more involved in, although he acknowledged that the “international business takes longer to germinate.”

In that sense, the addition of Welch brings to Financo “bulge-bracket investment banking.”

Welch and Harrison have known each other for more than 10 years, since Welch’s days at J.P. Morgan and then at Lehman Brothers. The two kept in contact when Welch moved to Credit Suisse.

Joe Gromek, The Warnaco Group’s president and ceo, knows both Harrison and Welch, and believes the executive move is a good one for Financo.

“This is a good marriage for Financo and for Welch. He will contribute a good deal of value to a company that has been quite successful,” he said.

Warnaco’s ceo disclosed that when he found out Harrison was planning on speaking to Welch for the opening at Financo, “I certainly gave Welch a very positive recommendation, given his knowledge of the space, his professionalism, nice attitude and the way he gets things done.”

For Welch, even though he was happy at Credit Suisse, the change allows him to move himself and his family back to the U.S. after five years in Europe. And while he was always intrigued about working at a boutique firm focused in one practice area, it was also the once-in-a-lifetime opportunity to become ceo and help forge a global imprint at Financo that captured his attention.

Welch, who has a business degree from the University of Wisconsin-Madison, began his indoctrination into retail via the executive training program at Neiman Marcus. He changed course and went to Harvard Business School. His first investment banking job was at Montgomery Securities, before moving onto a career track at the large investment banking firms.