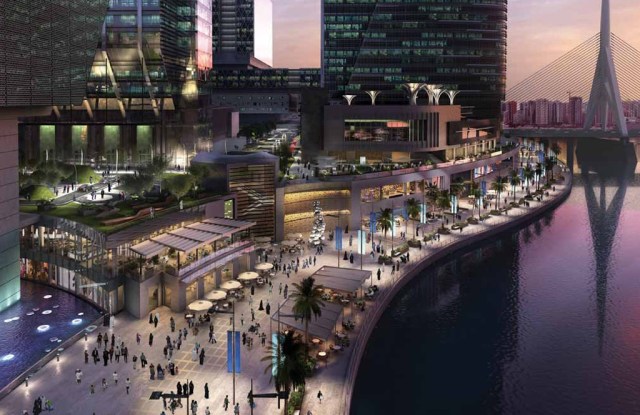 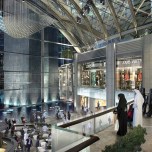 Luxury is coming to Abu Dhabi, and in a big way.

The Galleria at Sowwah Square has lined up more than 80 brands, filling in more than 70 percent of the leasable space well ahead of its planned August or September 2013 opening.

The two-level, 355,000-square-foot retail and restaurant project is being developed jointly by Mubadala Real Estate & Hospitality, an arm of the Abu Dhabi government, and Gulf Related, a unit of Related Urban. Chalhoub Group, Al Tayer Insignia and Richemont Group executed the leases. Additional retailers, as well as restaurants, will be named soon.

“We are oversubscribed with this project,” said Ken Himmel, co-managing partner of Gulf Related and president and chief executive officer of the parent Related Urban. “We are sitting with 40 tenants covering 200,000 square feet who are on the wait list. We saw a very large void for all the enormous buying power in Abu Dhabi where there’s very little luxury retail.” At this point, “Everyone shops Dubai, which is an hour and a half away.”

“For the first time, Abu Dhabi has a collection of luxury retail that rivals any capital city in the world,” said Mortimer Singer, president of Marvin Traub Associates, which consulted on the project and worked on the leasing.

“There’s an uncanny connection to Time Warner Center,” also developed by Related, Himmel said. Both qualify as “world class” centers, he said, which by his definition integrates high-end retailing, dining, a luxury hotel, public spaces and high-rise towers for first-class offices. At both centers there are also stores for bridge labels for an aspirational appeal.

According to Singer, The Galleria at Sowwah Square has “its own spirit” and though it’s a mixed-use center, also has “a street feel,” he said. “At The Galleria we created the same effect of Madison or Fifth Avenue.”

Himmel said that of the 350,000 square feet of leaseable space, about 30 percent is “true, true luxury. If you go to a major shopping mall, even high-end malls, you’re talking 10 percent luxury.” Bal Harbour Shoppes in Miami, and the Americana, in Manhasset, N.Y., are exceptions, with 50 percent or more luxury, he said. Himmel projects The Galleria will generate $1,000 in sales per square foot.

Aside from the luxury labels, “There are others that will be more democratic,” Singer said. “This is a major luxury center so we are very cognizant that we need to populate it with other more democratic brands, which we aren’t announcing yet,” pending some lease signings.