Despite a dramatic slump in sales, Abercrombie & Fitch Co. is thinking big and not letting up on its strategy or image-building.

By David Moin and Alexandra Steigrad on July 13, 2009
View Slideshow 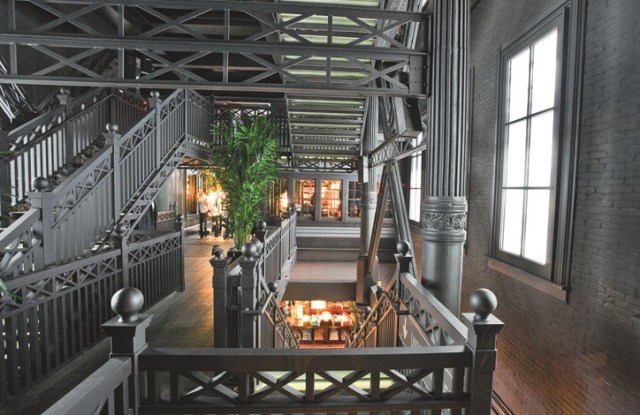 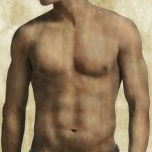 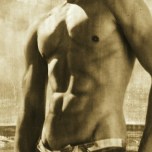 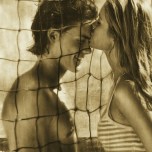 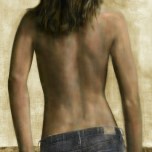 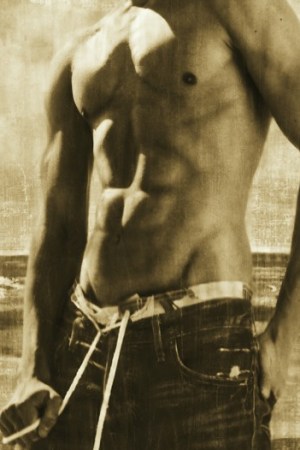 Despite a dramatic slump in sales, Abercrombie & Fitch Co. is thinking big and not letting up on its strategy or image-building.

The sexual overtones, aspirational product and defiant nonpromotional stance go on vivid display Thursday with the opening of Manhattan’s first Hollister store in SoHo, the initial flagship for A&F’s mall-based teen chain and a linchpin to the brand’s goal of global growth.

“Considering the scale of the store, epic seemed appropriate,” said Michael Jeffries, chairman and chief executive officer of Abercrombie & Fitch Co., the parent of the Hollister, Abercrombie & Fitch, abercrombie, Gilly Hicks and soon-to-be-shuttered Ruehl brands. “Those that share the experience with us will understand.”

With same-store sales dropping more than any competitors — 32 percent companywide in June and 28 percent in May — A&F is under enormous pressure.

The outlook from both inside and outside the company is for some closings next year. Certain analysts expect a significant number of them, along with a few openings and relocations. The company has started scrutinizing locations in malls across the country, with 70 leases across all brands coming up for renewal at the end of this year, and another 210 leases expiring between 2010 and 2011. Rents and other terms will be negotiated with landlords, as well as closings.

Last quarter, Hollister’s comps fell 32 percent to $262.4 million. A&F overall reported a 24 percent decline in sales last quarter to $612.1 million from $800.1 million in the year-ago period. The company lost $26.8 million against earnings of $62.1 million in the year-ago period. Analysts have been critical about its laid-back approach to both styling and price promoting at a time when shoppers are primarily bargain hunting and not as hungry for basics and preppie styles.

Jeffries addressed the concerns, saying, “Cyclical trends and the headwinds we face in the current environment are affecting sales in the short term, but we are confident that our positioning as all-American, classic and aspirational brands has always proved successful over the long term. Our brands are healthy, and we are happy with our assortments. The international rollout and expansion is going extremely well.”

Asked what teens are looking for, Jeffries replied, “Hollister is all about fun colors and graphics. Teens love skinny jeans, flirty skirts and dresses. For the guys, they love fun, energetic graphics and plaids. The laid back, Southern California baha vibe is true to the Hollister personality. We continue to be a destination for anything plaid.”

The brand’s Southern California sensibility of chilling on the beach is embedded in the SoHo flagship. There is a real pier just inside the entrance at 600 Broadway, on the corner of Broadway and Houston Street, with a view at its edge over the entire store. There also are 77 flat screens with a live feed of the surf straight from Huntington Beach, Calif. The store is designed with surf shacks selling different categories, and maintains the dark, moody ambience true to the A&F aura.

“We have brought SoCal’s Huntington Pier to SoHo,” Jeffries said. “We do that through sight, sound, smell, taste, touch and positive energy.”

While it’s just one store, the response from U.S. consumers, international tourists, Wall Street analysts and developers will be critical in light of the investment, which the $3.3 billion A&F won’t disclose, and the expansion strategy. A&F has barely scratched the surface overseas but is intent on becoming a global brand.

“It has been a significant investment to build our first Epic Hollister store, but we anticipate a strong and positive reaction,” Jeffries said. “This investment will support our international Hollister roll out.”

No other flagships for Hollister in the U.S. have been announced, but insiders said they are being considered. The international expansion for Hollister is mall-based, meaning smaller stores, while for the Abercrombie & Fitch brand, it’s about building major flagships in the heart of key cities. Hollister debuted in the U.K. last October, and there are four stores operating there now. Ten are expected by the end of the year on the way to an eventual total of 30 in the U.K. Hollister will enter Germany and Italy by the end of the year, with one unit in each country.

Abercrombie & Fitch flagships opening this year include Milan in October, which will be the first encompassing adult and children’s merchandise under one roof. Other flagships are set for Tokyo’s Ginza in December and on the Champs-Elysées in Paris in 2011.

The A&F flagship in London is said to be still generating comp-store sales gains since its March 2007 opening, while the Fifth Avenue flagship is below the 2007 peak of more than $100 million. Fifth Avenue is not posting positive same-store sales lately, though the site still does a hefty volume.

“International expansion is our biggest growth opportunity,” Jeffries said. “Our New York and London Abercrombie & Fitch flagships and Hollister stores in the U.K. support that. There are plenty of real estate opportunities.”

Although retailers are discounting, A&F has stayed relatively discrete. The Hollister flagship and all A&F flagships are always full-priced.

“There is no special pricing for the opening,” Jeffries said. “We’re nothing but consistent in that area. We built our model to compete on quality product, unique store experience, aspirational positioning — not on price. That said, we’re also trying to be responsive to the current environment, as is evident when you go into our stores.”

The company seems to loosening up by offering customers better values and just completed a summer clearance. While the markdowns are not blasted in ads, there is more signage in stores signaling sale. The markdowns tend not to be as steep or glaring as at other chains, where discounts this summer are often as deep as 50 to 60 percent off. At Hollister, seasonal polos are ranging from $16 to $25 in clearance, compared with $29 to $35 regular price. At A&F, men’s polos at clearance are priced from $30 to $40, compared with $50 to $60 full price.

Special higher-priced products exclusive to the Hollister flagship, which Jeffries called “personality pieces true to the Hollister heritage and the vibe of Southern California” will elevate the aspirational appeal. They include saltwater-washed premium denim jeans, priced at $79.50, and an Epic fragrance, priced at $50 for 2.5 ounces.

There is also a lot of new marketing, including castings to find “the coolest, best-looking” store models (boardshorts and flip-flops required) and offering the chance to appear in advertising photographed by Bruce Weber.

A&F’s marketing typically features bare-chested young men, and there will be at least two in boardshorts stationed at the entrance to mingle with shoppers.

“We had a lot of fun programs for the A&F opening on Fifth, and likewise for London,” Jeffries said. “This is Hollister; we’re just doing things a little differently.”

As consumer spending plummeted “Abercrombie held its pricing, but within the last few months they have come around to the fact that their customer is looking for value,” said Howard Tubin, retail analyst at RBC Capital Markets. He said the company has become “louder about in-store clearance,” and it has spread its signage out.

Back-to-school floor sets are already in stores, and while there are some new items, “there needs to be more newness,” Tubin said.

He praised the flagship strategy, here and abroad, and said it helps attract new customers, primarily tourists. “But job number-one has to be improving the core U.S. domestic business and increasing the fashion….The problem is, if you look at the track record of same-store sales, the question becomes, ‘Is the brand as meaningful as before? Is it a product issue or a product and brand issue?’”

Chandi Neubauer of Majestic Research said year-to-year prices at A&F are down slightly but still relatively expensive. “I have seen a little bit of new merchandise at Abercrombie and Hollister, but the problem is that the inventory is so lean, that they are selling out fast.”

This may be problematic for b-t-s, and Neubauer said keeping the inventory so lean may mean executives anticipate “sour sales without hurting margins.”

“They are not getting enough information to see what sells and what is a dud,” she said. “They are working hard to play it safe, but I don’t think there’s enough inventory.”

Regardless, if the company does have more newness, Neubauer believes the consumer will “come back.” And shutting the small Ruehl division, she added, means the company has begun taking off the blinders.

Jennifer Black of Jennifer Black & Associates expects A&F’s comps to continue to be weak until August, which will mark the onset of double-digit comp declines a year ago.

“In the meantime, we have seen what we consider to be improvement in the styling on the women’s side, including some new camis and skirts that are unlike merchandise we have seen previously at A&F (e.g., Ophelia cami and Laila skirt),” Black wrote in a research report. “However, we believe that the price points on some of these new items may be unattainably high and note that it will likely be the spring of 2010 before we start to see lower prices at A&F, as that is when better merchandise buys are likely to kick in.  We would note the AUR’s [average unit retail price] decreased a minimal 3 percent in June versus down 7 percent in May. This increase was the result of newer fashion merchandise sold at higher price points.

“In addition, we would point out that women’s dresses were a standout in June, even though there were very few styles of them,” Black wrote. “We believe the company will be receiving more dress styles this month as part of its back-to-school offering.”