The city's hottest action is in the western part of the city. 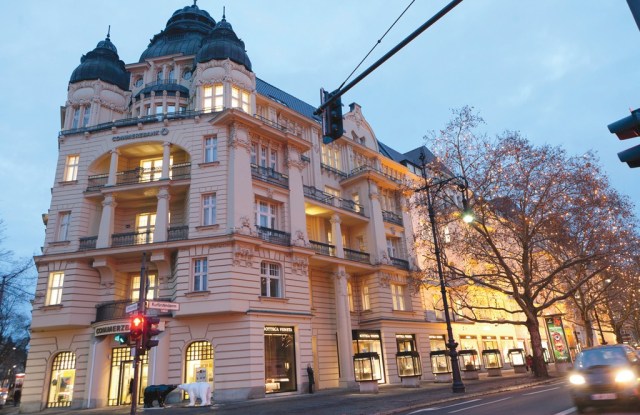 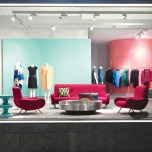 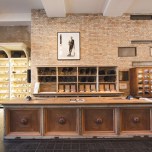 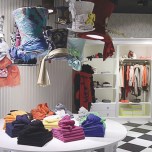 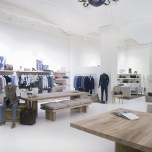 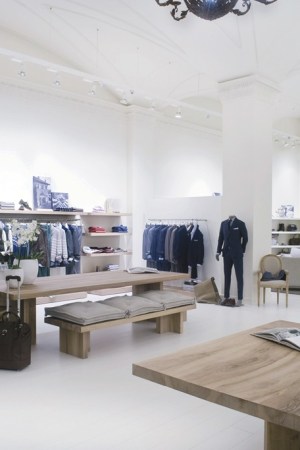 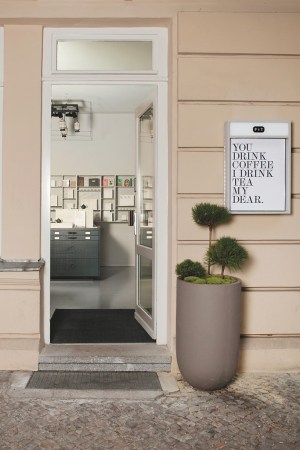 First it was the clubs. Then it was the stores. In the years following the fall of the Berlin Wall, there was only one way to go if you wanted to be part of the action: east.

Over on the former east side of town, Friedrichstrasse and Gendarmenmarkt actively laid claim to a luxurious retail past, while the area surrounding Hackesche Markt successively developed into hipster central. The old west, and in particular, Kurfürstendamm or Ku’damm, as the central shopping boulevard is more popularly known, became old hat.

That doesn’t mean the majority of the big international designer names — including YSL, Chanel, Gucci, Cartier, Hermès, Louis Vuitton, Valentino, Jil Sander, Bulgari, Burberry, Porsche Design — already housed on the preferred six-block stretch of Ku’damm between Uhlandstrasse and Leibnizstrasse pulled out. Some simply opened second branches in the east, while others dug in their heels and/or hired Russian-speaking sales personnel to better cater to Berlin’s important new Nineties shopping clientele.

Openings were sporadic and not always image-boosting, as in the case of a mass-market drugstore allowed to fill a premium space. Still, business was done, though trends weren’t made. For almost two decades, West Berlin and Ku’damm were strictly Yawnsville.

Not anymore. The last two years have seen Berlin’s retail compass shifting back west, with Bottega Veneta heralding a widespread rethink when it positioned a second and larger Berlin store on Ku’damm, just off Leibnizstrasse, in 2011. The Italian luxury brand had made its Berlin launch in 2004 in Quartier 206 on Friedrichstrasse.

It’s a deserved revival, in the view of Andreas Kogge, team leader of retail leasing for Jones Lang LaSalle in Berlin.

“Friedrichstrasse was never as strong as people said,” he noted. “And while Hackesche Markt has developed wonderfully, it’s more mainstream.”

Working with brands the likes of Prada, Moncler, Roberto Cavalli and Double RL, Kogge said international brands have a clearer preference for Ku’damm and its “Altbau,” or pre-World War II buildings.

“The structure is more reasonable. The architecture is more attractive. The consumer traffic is better. And Berlin’s better earners live in the west,” he remarked.

Berlin’s ongoing tourist boom has done much to strengthen the city’s overall retail standing, and in this respect, Ku’damm also stands out. The street, which celebrated its 125th birthday in 2011, has an unbeatable international reputation, Escada chief executive officer Bruno Sälzer suggested. He cited a Beijing study of two years ago that listed Ku’damm among the 10 most globally recognized shopping streets.

“Berlin is back and Ku’damm is back,” he declared.

And so is Escada, which had closed its Ku’damm store in favor of Friedrichstrasse, but has now returned, taking two floors and about 5,000 square feet in the newly built no. 195. Escada’s new neighbors there are Strenesse and the Swiss lifestyle brand Philipp Plein.

Fall’s most highly awaited opening, however, had to be 14 oz. in the freshly restored Haus Cumberland next door at number 194. Built as a luxury apartment hotel in 1911, the landmark ensemble proved to be irresistible to Bread & Butter chef Karl-Heinz Müller, whose 14 oz. store on Neue Schönhauser Strasse in the Hackesche Markt area quickly became a point of pilgrimage for authentic denim and urban wear enthusiasts.

However, with 6,450 square feet at his disposal and stupendously high ceilings, Müller has raised the bar again for this style sector, and also introduced a new tone to Ku’damm’s merchandise mix. The decorative highlight is a metal Art Nouveau library walkway from Vienna’s Palais Liechtenstein that rambles overhead throughout the sprawling emporium. Other antique furnishings including early-20th-century tables from the University of Liege or a French jeweler’s vitrine that showcases his favorite selected brands.

“I’m simply drawn to unusual buildings, like the Rundbau [Bread & Butter’s original site in Cologne], and Haus Cumberland naturally attracted me with the height of the rooms,” Müller said. “Plus I’ve lived in the west for five years, and people I’ve met here always remark on what I’m wearing. But when I tell them I have a store in the east, they say, no, we’re not going to the east. People in Berlin tend to stay in their neighborhood.”

Haus Cumberland’s other retail tenants are Brunello Cucinelli, whose 1,925-square-foot store will officially open during fashion week in the cashmere king’s presence, and Swiss luxury watchmaker Maurice Lacroix with its first boutique in Europe.

“The Kurfürstendamm is uncontested the best retail location in the capital,” according to the November 2012 Berlin City Report from the German Realtor and consulting firm Comfort. “With the revitalization of Haus Cumberland and the completion of Kurfürstendamm 195, the quality section of Kurfürstendamm between the department and specialty stores on Tauentzienstrasse and the luxury mile to Olivaer Platz is on the verge of a renaissance.”

But this time, the action appears to be spreading farther. David Kramberg, who ran Berlin’s most deluxe designer shop on Ku’damm, while the Berlin Wall was still standing, has broken through another traditional border. Back in Berlin after a 10-year stint in Moscow, he’s crossed the Olivaer Platz divide to open his two new mono-label stores, Witty Knitters and Dimensione Danza, farther up Ku’damm.

“When I opened Kramberg in 1978 [the store closed in 1999; Louis Vuitton subsequently moved into the space], quality retail ended at Bleibtreustrasse. Now we’re creating a new part, from Olivaer Platz to Adenauer Platz. It’s changed completely.”

Apple and Hugo Boss are expected to bring a bit of covetable allure farther down Ku’damm when the first Berlin Apple megastore and a second Boss Berlin flagship open on the site of an old cinema between Meineke and Fasanenstrasse. Fasanenstrasse, which in pre-reunification days also housed the likes of Gucci and Cartier but then went into a sleepy decline, has now attracted the interest of A.P.C. and Acne, according to Jones Lang LaSalle’s Kogge. “And top brands are also now open to side streets like Schlüterstrasse and even Mommsenstrasse,” he said. “It’s a good sign.”

Indeed, Berlin west end retail appears to be literally turning the corner. For just as the city’s residents like to stay in their neighborhoods, as 14 oz.’s Müller noted, shoppers here were previously loathe to veer off Ku’damm’s beaten track. The Corner, the designer studded concept store, and Gendarmenmarkt pioneer chose to open its newest store, The Corner Berlin West, halfway down Wielandstrasse, a Ku’damm side street.

“With our increasing business, the original store in the west, on Knesebeckstrasse, tended to be too small,” said Emmanuel de Bayser, cofounder and owner of The Corner. “And then we also wanted to be in the ‘golden triangle’ where all the new stores [Prada, Armani, Saint Laurent Paris, Hermès, etc.] are opening and which is where all our customers shop.”

Are there differences east versus west? “We have our West Berlin regulars, who are now coming more often. And we get new customers — foreigners mainly — from Ku’damm,” de Bayser noted.

As for the store’s look, it’s more graphic, with strong colored accents creating a series of individual salons. Besides offering a more extended choice of key Corner brands such as Celine, Balenciaga, Stella McCartney, Alexander McQueen, Alaïa, Isabel Marant and others, the new store creatively integrates contemporary and vintage furniture and design, including the exclusive introduction of India Madahvi’s design objects outside of Paris.

The arrival of Schumacher on Schlüterstrasse in July 2011 gave this side street a new push, with Filippa K coming on board this fall. The 1,700-square-foot shop is for women only, but the company hopes to get a men’s store nearby. “The aim is a true flagship in a top location that can house our whole world,” said Lucas Kaczynski, German country manager for the Swedish brand.

Filippa K is used to being the new kid on the block. “Our store in Mitte [on Alte Schönhauser Strasse] is performing unbelievably well, but when we opened in 2006, we were basically alone. It was just us and [the restaurant] Mr. Vuong.

“We have lots of customers living in this part of Charlottenburg,” he went on. “Berlin is changing so fast you have to be forward thinking. You can’t only think of how things look today.”