Attendance at last week’s International Council of Shopping Centers Conference and Deal Making was the highest it’s been in five years. 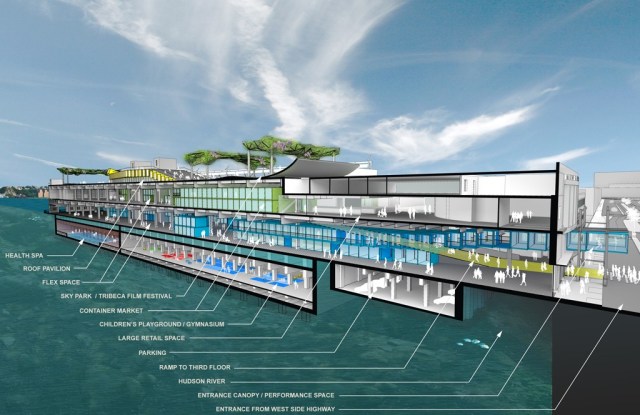 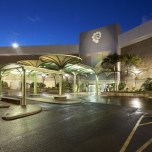 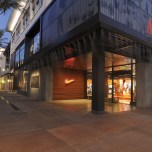 NEW YORK — Last week’s International Council of Shopping Centers Conference and Deal Making at the Sheraton New York Hotel & Towers and the New York Hilton & Towers was a hive of activity. Attendance at the conference was the highest it’s been in five years, 6,937. The low, in 2009, was 5,746. “It’s very, very busy,” said William Taubman, chief operating officer of Taubman Centers Inc., which has three centers in the works, International Market Place in Honolulu, The Mall of San Juan in Puerto Rico and University Town Center in Sarasota, Fla. “There’s a lot of action. You can tell by the mood around this room. A lot more deals are happening, absolutely.”

Peter Leslie, senior executive vice president of leasing at Westfield Group, sounded positively starry-eyed when he spoke at the Australian company’s party. “We believe we’re out of the recession and into the blue sky,” he said. “We’re making a massive reinvestment in the U.S. We’re spending $4 billion in the next five years.”

“There’s incredible progress being made downtown, most significantly at Brookfield Place, the new name for the World Financial Center,” said Stephen Stephanou, a broker at Crown Retail Services. “The push there seems to be for well known luxury brands and young fashion brands.”

“Real estate in New York City seems to be booming,” said Robert Siegel, chief executive officer of Metropole Realty Advisors. “Madison Avenue is back to where it was before the crash — $1,000 per square foot.”

Crown Acquisitions has a stake in Olympic Tower on Fifth Avenue between 52nd and 53rd streets, where it plans to reposition the property and convert third-floor office space into retail. “Fifth Avenue is a $3,000-a-square-foot market,” said Brittany Bragg, a principal at Crown Acquisitions. “Tenants keep paying because they’re successful at those rents, with $50 million to $100 million in annual sales. Retailers tell us they used to open 100 stores a year. Now they open 25 stores” with higher volumes.

“Now that rents have risen to a certain level, it’s making economic sense for [retail] tenants to purchase and own spaces that are vital to their brand identity,” said Jeffrey C. Paisner, a broker at Ripco Real Estate, citing Inditex’s $324 million purchase for Zara’s flagship at 666 Fifth Avenue. “It used to be better to pay the rent and use your capex to build other stores, but now the computations changed.”

Thor Equities on Wednesday said it formed a joint venture, Thor Urbana Capital, with a Mexican developer, to invest $500 million in Mexico. Thor is focusing on Mexico, Peru, Brazil and Colombia “because China is slowing down, so retailers are looking for alternative growth,” said Joseph Sitt, founder and ceo. Thor’s holdings in Manhattan are growing. “We’re in contract to buy the entire block of Washington Street between 13th Street and 14th Street, where Scoop has a store,” Sitt said. “Tiffany, Louis Vuitton and Giorgio Armani are looking to build flagships in the Meatpacking District.”

“The diverse projects in our region and other parts of the country indicate very clearly that, ultimately, the American shopper is out buying at all price levels,” said Lisa Rosenthal, a broker at Lansco.

On the alternative front, Pier 57, a floating mall near 15th Street, is expected to open in April 2015. Its first tenant will be the Tribeca Film Festival. Norm Roumanous, development director, said half of the 300,000 square feet of space will be used for food and the other half for fashion, culture and entertainment. “We’re targeting $1,000 per square foot in sales,” he said. Retail spaces range in size from 160 square feet to 20,000 square feet. Pier 57 is reportedly talking to Nike and J. Crew.

For Michael Glimcher, chairman and ceo of Glimcher Realty Trust, the experience is everything. Glimcher is raising food to 20 percent of the total mix at centers, from 10 percent, adding yoga studios and bike shops, along with outdoor space. There will be more personal care options such as salons. “It’s not that we don’t want to sell shoes, handbags and dresses,” he said. “If all we are is a distribution channel,” consumers will lose interest. At Scottsdale Quarter in Arizona, there’s an outdoor splash pad for kids as well as farmers markets. Town Center Plaza in Kansas City will build a band shell for outdoor concerts, along with a coffee bar and eatery.

“We try to storyboard the experience,” Glimcher said. “We have an active pipeline. We will expand Polaris Fashion Place in Columbus, Ohio, with more retail in 2014. We have a lot going on making what we have better.”