A number of developers are experimenting with smaller neighborhood or community-style projects.

By Miles Socha and Ritu Upadhyay on May 19, 2014
View Slideshow 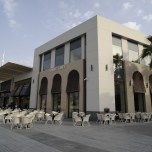 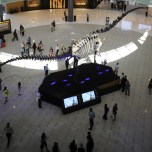 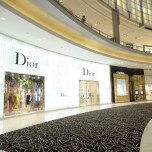 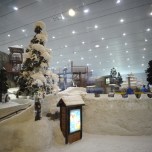 While the city state is best known for megamalls replete with skating rinks, indoor ski slopes and simulated sky diving, a number of developers are also experimenting with smaller neighborhood or community-style projects.

He estimated that about half of the 5 million square feet of retail space under development and expected to come on stream by 2017 is of the new, small-scale variety.

“There is a growing demand for smaller, convenience-based retail assets,” said George Kostas, chief executive officer of MAF, which operates community malls under its proprietary My City Centre banner. “There hasn’t been a lot of that here, because the city has been growing so fast. But we are now at a stage where there’s a lot of established residential communities that need that convenient retail infrastructure.”

As waiting lists get longer for retail space in Mall of the Emirates and Dubai Mall, developers are scrambling to put up new developments in record time to meet demand.

Meraas Holding has developed two new neighborhood malls, the Beach and Citywalk, in under a year. The Beach, located on prime beachfront property, boasts a boardwalk-style ambience with cafés and shops only a stone’s throw from Dubai’s most popular public beach.

The other development, Citywalk, is just a short distance from Dubai Mall, but miles away in terms of configuration. Visitors can park nearby and stroll outdoors through a tree-lined main “avenue” that leads to a public square, where they can relax and enjoy a meal overlooking a lake with views of the Burj Khalifa, the world’s tallest building.

Patrick Chalhoub, co-ceo of Chalhoub Group, said the new retail formats reflect changing tastes and lifestyles in Dubai. Shoppers are more interested “to be in fresh air,” to “have multiple experiences,” and to touch many levels of products, not only luxurious ones.

Chalhoub has opened Sephora and L’Occitane locations in Meraas’ projects, which are so far weighted to food and beverage establishments.

“The challenge is to deliver a unique shopping experience, to create a vibe,” Chalhoub said. “The offer will become even more consumer-focused.”

Part of that focus means adding grocery stores into the mix. MAF has exclusive rights to Carrefour across the region, opening supermarkets in its neighborhood-style malls.

Next in the pipeline for them is a 300,000-square-foot mall in International Media Production Zone, a business park owned by TECOM Investments that’s home to companies including Sony and Xerox. The project, slated for completion next year, is to serve three burgeoning residential neighborhoods in a corridor connecting two of Dubai’s major highways, along with employees working in the business park, which spans 43 million square feet.

With immigration to Dubai having increased 25 percent since 2008, residential communities will continue to grow, according to CBRE’s MacLean. “Dubai can sustain the demand for new retail projects like these,” he said.