ICSC's ceo spelled out the latest trends in development and new avenues for growth in an industry that’s largely perceived as overstored and overmalled. 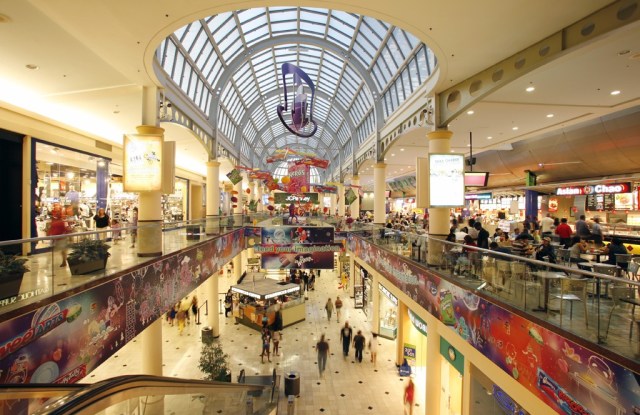 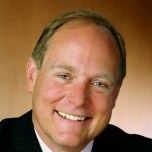 One would think that between Hurricane Sandy, global economic uncertainties and the power of the Internet, mall developers would be in the doldrums.

Not so, according to officials from the International Council of Shopping Centers, which stages its New York National Conference next week. “People are not spending time talking about problems. They’re talking about opportunities,” said Michael P. Kercheval, president and chief executive officer of the ICSC. “Sandy may have depressed things, but local economies will come back stronger.”

During an interview on the upcoming conference, Kercheval spelled out the latest trends in development and new avenues for growth in an industry that’s largely perceived as overstored and overmalled and losing business to online operators. He said developers have been or should be redirecting efforts on:

• “Internet-proof” retailers and services like spas and hair salons.

• Hiring asset managers who work to maximize the tenant mix and getting the best returns on investment.

The ICSC National Conference — a gathering of developers, shopping center owners, property managers, retailers, investors, brokers, academics, public officials, consultants and others who support or feed off the real estate industry — will be held at the New York Hilton and New York Sheraton Hotel and Towers on Dec. 3 and 4. As of last week, 5,100 people were registered (compared to 4,600 last year) and, for the ICSC, the increase is a sign that companies are ready to examine expansion venues and get down to finalizing commitments on leases.

The conference is typically marked by heavy deal making and is appointment-driven, similar to the ICSC spring convention in Las Vegas. Expect to see retailers, both domestic and abroad, eager to find space. “There are a lot of retailers that still want to come into this market and can’t,” Kercheval said. “European fashion retailers want to come into the New York market. It’s not a matter of price. Rents are not soaring through the roof. It’s a matter of space. The demand is exceeding the supply and that means the industry is inherently healthy.”

Some retail companies are opening a lot of stores while quietly taking underperforming units out of their inventory, he added. “So there’s a relatively constant level of stores, but openings in more profitable markets,” Kercheval said. Among the overseas retailers continuing to expand in the U.S. are Desigual, Mango and Inditex, all from Spain, as well Uniqlo from Japan, H&M from Sweden and Joe Fresh from Canada. For several U.S. retailers, outlets are major opportunities, with Nordstrom, Saks Fifth Avenue, Bloomingdale’s and Neiman Marcus interested in opening more.

There are several speakers — including Jonathan D. Gray, global head of real estate, The Blackstone Group, and Richard Baker, chairman of the Hudson’s Bay Co. — and presentations scheduled A “Next Gen Session” will feature Chris Conlon, executive vice president of Acadia Realty Trust; Thomas Caputo, president of Equity One; Adrian Nelson, client management director, McArthurGlen, and Steve Yalof, senior vice president of real estate for Ralph Lauren Corp., discussing market dynamics, right-sizing stores, urban versus suburban development and capital markets. In addition, the Fashion Institute of Technology will showcase student designs; there will be a session on how to succeed with restaurants, moderated by Faith Hope Consolo, chairman, The Retail Group, Prudential Douglas Elliman, and the ICSC will introduce its #iTechLounge for learning about digital trends and technology tools.

Optimism, as Kercheval sees it, is being fueled by recent statistics indicating increases in housing starts and housing sales, and healthy corporate profits and revenues through the first three quarters of this year, though some retailers have cited a slowing of sales this fall. Early reads on the holiday retail business have been positive, but not stellar.

The National Council of Real Estate Investment Fiduciaries and the ICSC reported that the U.S. shopping-center industry’s net operating income for the third quarter on a square foot basis rose 3.8 percent from the same period last year, while operating expenses dipped by 0.5 percent. The report is based on a sampling of 1,000 shopping centers.

“With industry occupancy rates steadily improving in recent quarters, NOI for the shopping-center industry saw its operating expenses drop slightly in the third quarter, which helped to lift the performance and with it the total investment return by 2.3 percent for the quarter,” observed Jeffrey R. Havsy, director of research for NCREIF.

Regionally, third-quarter NOI for the U.S. shopping-center industry was the strongest in the East with a hefty 12.4 percent year-over-year gain, followed by the West, which saw NOI up 9 percent. The NOI for shopping centers in the South increased by a moderate 2.3 percent during the third quarter, while Midwest centers posted a 0.9 percent decline.

In the third quarter, power centers surged ahead, posting a 14.7 percent NOI rise from the prior year’s quarter. Neighborhood centers posted a 12.7 percent gain, but regional malls fell 5.2 percent.

Michael P. Niemira, vice president of research and chief economist for the ICSC, characterized the industry overall as performing well, led by a healthy recovery among power and neighborhood centers. He projects that, based on the trend seen in the first three quarters of 2012, the industry’s NOI should increase by about 3 percent this year, and that income gains should “modestly” improve, provided expenses continue to be restrained.

Taking it all into account, “The mood going into the December convention is actually pretty optimistic,” Kercheval said. “It’s probably the best since 2007. There is a lot of talk about nontraditional tenants, like health care, health clubs, personal services like beauty parlors and salons. There’s also talk about fast casual food, fine dining and groceries, high-end food stores.

“Five years ago,” Kercheval continued, “there was a lot of discussion over nontraditional tenants, but it was in a defensive way, involving filling vacant space.” Currently, however, “they’re saying we want to put tenants in that are Internet proof. You can’t get your hair cut online. Internet-proof retailers are those that have to have physical space. So if it’s a choice between a book store, a travel agency or a spa, most likely, the spa will get picked.”

With new shopping centers not being built, the strategy shifts to maximizing the value of existing centers. “There is a huge need for asset managers,” who help determine the best tenants based on the area demographics, or when to embark on renovations, be it the common areas, parking lots or landscaping, or when it’s time to completely renovate versus adding a fresh coat of paint. “There are not a lot of these asset managers. They kind of disappeared,” Kercheval noted. “It’s a lost art with a huge demand, and a real career opportunity.”

Regarding new construction or redevelopment, Kercheval said it’s happening in four areas, including urban areas with “food deserts,” meaning a dearth of nutritious food stores. He cited opportunities in Baltimore where Safeway has opened locations, as well as Bronx, N.Y., where Pathmark has four stores.

There are also decades-old suburban shopping centers, situated in healthy communities, but dated and in need of capital improvements. Simon Property Group Inc., for example, is finding opportunities here and spending money on renovations and redevelopments at its Quaker Bridge Mall in Lawrence Township, N.J., and with its Roosevelt Field shopping center in Garden City, N.Y. General Growth Properties Inc. has also actively upgraded properties.

Developers are starting to look closer at rural areas and small towns in places like upstate New York or in the Midwest, in communities with populations of 20,000 or 30,000 that may have lost all or most of their retailers due to competition from a supercenter that opened in the area. “Is there a retail model that could make money in those towns? The answer is, ‘Yes,’” Kercheval said. “Target and Wal-Mart are looking at these smaller towns with smaller footprints. The ROI is positive.” Kohl’s, for example, could put up a 20,000-square-foot store in a town of 40,000 and do a good volume, Kercheval said. “If you can figure out the logistics, you can make a lot of money [in rural areas] because you kind of have a monopoly,” he said.

Another opportunity would be to move into underserved markets. “The biggest in the U.S. is the Hispanic market,” which represents about 25 percent of the population, Kercheval said. In some areas, such as Los Angeles, Hispanics represent a much higher percentage of the overall population. Macerich is among the developers that are targeting Hispanic markets, with projects that feature food and activities relevant to this population.

There are other cultural or ethnic markets in the U.S. that are overlooked and could be addressed by developers and retailers, including the Indian, Asian and African-American communities, in south Florida, New York, Chicago and other areas. There are not enough shopping centers and retail stores catering to those consumers, Kercheval said. “Retailers from Mexico have realized if they opened a store in Los Angeles, they did better there than in Mexico.”