Emaar Properties Sets Expansion in Dubai and Beyond

Mohammed Alabbar, chairman of the the $9.3 billion company, discusses the further expansion of The Dubai Mall and other upcoming projects. 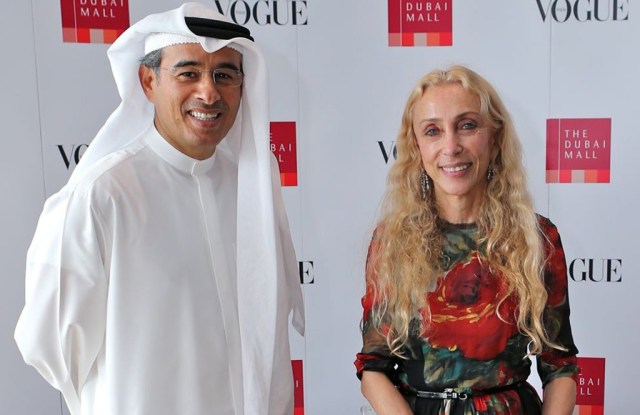 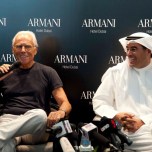 DUBAI — The man responsible for building The Dubai Mall, the world’s largest, is similar to the mayor of a city. He worries about services, is responsible for the employment of tens of thousands of people and feels the pressure to constantly innovate and keep up with the demands of a young and captive audience.

And at over 12 million square feet, the area he presides over is much like a mini metropolis, home to a hospital, ice skating rink, amusement park, mega grocery store and the highest concentration of luxury stores in one place. As the chairman of the $9.3 billion company responsible for building and operating the mall, Mohammed Alabbar of Emaar Properties proudly explains that visitor footfall in 2012 topped 65 million people. This year they expect to have 71 million and $4 billion in revenues.

“Dubai is an access point for 2.5 billion people, when you look at our geographic location. And for tourists from Africa and Asia, fashion and shopping are a critical part of life,” said Alabbar.

Dubai, he says, offers the perfect formula. “We have 205 nationalities coming in here to Dubai. There is an ease of travel, infrastructure is good, and it’s a safe place. I don’t want to think about how many times I’ve gone to Paris and gotten robbed,” he said with a laugh.

“And for so many, including the Chinese, the Middle East is closer than Europe. We have the same variety of retail, but less VAT [value-added tax].”

He likens the luxurious “fashion avenue” section of the mall to the Champs-Élysées and Fifth Avenue of the East, but quickly points out that demand is higher in Dubai Mall than either of those places. The mall will add 100 new stores by 2015, part of a 1 million square foot expansion.

With the world’s largest mall getting even bigger, will there be a saturation point? Not yet, said Alabbar. “We are hungry here for more.” To him, it boils down to math. “In our part of the world, we have four square meters of retail space per person. Asia has 11. The U.S. has 22.”

Emaar is seizing the opportunity to move beyond Dubai. The company revealed plans to build the largest mall in Istanbul, The Boulevardi Mall, which will have a range of retail and food outlets as well as leisure attractions including a discovery center, underwater zoo, family entertainment complex, ice skating rink and movie theater.

It also started construction on a megamall project in Cairo, the first phase of which will be 500,000 square feet and will contain an Ikea, Marks & Spencer and Toys ‘R’ Us. “Egypt is critical,” he said, referring to the need to revive the embattled nation’s economy. “To plan and build a mall takes five years. We just follow the Dubai strategy — revolution or not, we will keep on building.”

No matter what happens politically, he said, the middle class will grow and those people will need services.

Emaar weathered the storm during the economic downturn and is enjoying its most successful year to date. The 2012 results showed a 9.8 percent increase in net profits to $573.6 million and the company has $167 billion worth of projects in the pipeline.

What is the key to success? “Entertainment and services are key in getting people to spend a lot of time in malls,” said Alabbar. And stay they do in his malls. During the Muslim festive season of Eid, which is celebrated twice a year for several days, The Dubai Mall remains open for 24 hours, making it a mecca for the millions of visitors from across the region.

As the master developer of the entire area around the mall, known as Downtown, Emaar is also behind the world’s tallest building, the Burj Khalifa, which is strategically linked to the mall. Soon it will be adding an opera house to the area.

Alabbar has an unrelenting attention to detail, getting personally involved in project conception and design, from choosing materials to managing strategic partners.

Well aware of the region’s hunger to associate with big luxury brands, in 2010 he partnered with Giorgio Armani to launch the first Armani Hotel in Dubai. Under the umbrella of Emaar Hotels, he launched the next one in Milan. As the story goes, Alabbar spent a long time courting Armani, convincing him to lend his name and vision to the brand. Similarly, when he realized there was a need for an international brand association for a retail event, he went back to Italy, this time contacting Vogue Italy editor in chief Franca Sozzani with the aim of creating a Vogue Fashion’s Night Out-style experience for Dubai.

“I didn’t know much about Dubai beyond the stereotypes,” said Sozzani. “But Mr. Alabbar was so passionate about it, I felt I needed to come see it.”

Alabbar is passionate about travel. “If I don’t travel every week, I’ll go dumb.” The U.S. in particular is a major source of inspiration. “There is no doubt the birthplace of everything from Hollywood and Starbucks to Twitter and Facebook is the land of innovation,” said the U.S.-educated chairman.

And while he is fiercely competitive, Alabbar also welcomes the competition to beat the world’s tallest and largest records set by his company. “The good news is you always hear about these projects coming up in the East,” he said. “We are all helping shift the world’s attention. We are building a new style of shopping malls, buildings, whatever it may be.”