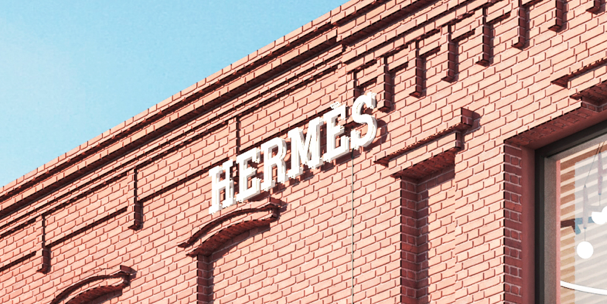 Hermès is moving to Williamsburg.

“Hermès’ decision to invest in Williamsburg speaks to the strength and vibrancy of this location,” Domenic Lanni, cofounder and principal of L3, told WWD exclusively. “We are fortunate to have such a great partner that will contribute to the growth and evolution of this neighborhood.”

Executives at L3 Capital wouldn’t comment on details, such as annual rent prices, surrounding Hermès’ move to the borough. But a source close to the matter said there will be a temporary pop-up in Williamsburg in 2023’s first quarter, followed by a permanent flagship in the same neighborhood in 2026.

The long-term pop-up — at 91 North Sixth Street in Brooklyn — marks the first time Hermès has taken up residence in Brooklyn for an extended period of time. (Hermès currently has three stores in Manhattan.) The 5,400-square-foot, two-story Brooklyn space, which is owned by L3, will be located in the heart of Williamsburg’s shopping area, near the likes of Nike, Madewell and Urban Outfitters.

Sources said Hermès will remain in the temporary space for roughly two years. Around the same time, construction on the 8,500-square-foot permanent store — also in Williamsburg, a few doors down at 111 North Sixth Street — is likely to be complete. (Birkenstock currently occupies that single-story space.) According to L3’s website, the real estate firm acquired both locations in 2015, as part of its broader North Sixth and North Seventh Streets portfolio, and later recapitalized in 2019.

Hermès confirmed the leases but declined further comment. But the French fashion house was previously in the neighborhood, last November for a multiday gym experience, entitled HermèsFit. Participants were able to work out with Hermès scarves (on boxing bags and yoga pads), a Hermès-inspired climbing wall, barbells and more during the activation, which was also housed in an L3 property. (Hermès recently revealed that the pop-up will move to Los Angeles from July 21 to July 25.)

But the luxury retailer’s permanent presence in Brooklyn indicates a changing retail shopping area. The neighborhood that was once dominated by local vendors, thrift stores, streetwear brands and an Apple Genius Bar is now shifting to more upscale and luxury retailers.

Hermès has more than 300 retail locations in 45 countries. In the spring, the luxury brand opened a 7,600-square-foot store in Austin, Texas, the firm’s third in the state, in addition to a pop-up in Garden City, N.Y., in Long Island. In September, Hermès will unveil its new U.S. flagship, a multistory space at 706 Madison Avenue in Midtown Manhattan that will carry the full range of the luxury brand’s products, as well as a new corporate headquarters at 550 Madison in the summer of 2023.

The company will move out of its existing two stores on Madison Avenue, its longtime women’s flagship and a separate men’s store across the street. There are also plans for a second store in the Los Angeles area, coming in 2023.

The move into Williamsburg is further evidence of the increasing importance and growth of the U.S. market for luxury brands. Many are either opening additional stores in major cities or expanding into smaller secondary cities, like Austin or Nashville, Tenn., where they previously would not have opened stores.