At a quieter than normal ICSC New York Deal-Making, the focus was on how to reinvigorate the mall. 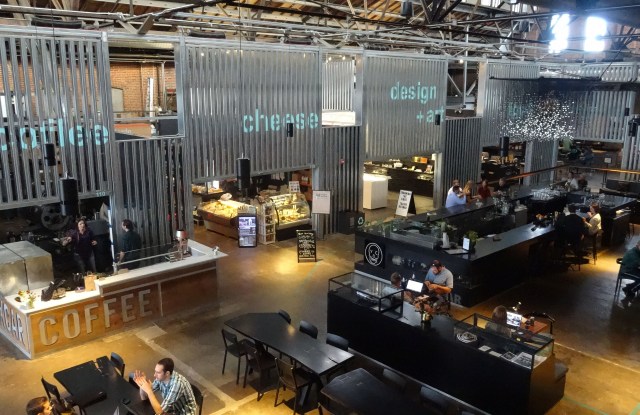 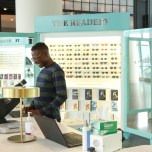 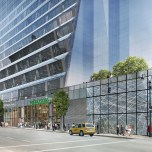 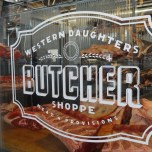 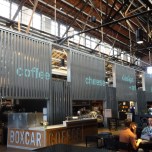 Welcome to the new order.

With the retail and shopping center industries in the grip of convulsive change, the ICSC New York Deal-Making at the Jacob K. Javits Convention Center brought the impact of the disruption into stark focus: Food and pop-up shops are everything.

Simon Property Group abstained from the conference entirely, while GGP — which rejected Brookfield Property’s initial $14.8 billion offer for the remaining 66 percent of the company it doesn’t own — had such a small booth on the lower level that most attendees thought the Chicago-based REIT took a pass as well. Referring to Simon and GGP,

Brookfield is expected to sweeten its bid. If the two entities come to terms, it would give Brookfield an interest in $100 billion worth of real estate assets around the world and a net operating income of about $5 billion, the Canadian real estate firm said.

“The REITs that are here at ICSC are operating with skeletal staffing,” Paisner said. “They used to have great catering; now it’s all done by the house commissary. There wasn’t much traffic on the lower level, where some of the [bigger] REITs were located.”

“The days of supporting six people to come to New York, just to be in New York, are over,” said Webber Hudson, executive vice president of Related Cos.

Referring to GGP, another attendee said, “I don’t know how you have portfolios that size and don’t show up.”

“I don’t know if landlords or tenants know if we’ve hit bottom yet,” Paisner said. “That’s what gave rise to the pop-ups. If the market corrects itself, landlords would rather have a tenant with credit and a long-term lease and use their properties to leverage other acquisitions.”

For better or for worse, ICSC New York Deal-Making was monopolized by two topics: pop-up shops and food halls. REITs and retailers blamed a familiar scapegoat, the Internet, for the rise of both trends, which seamlessly infiltrated the fair’s programming. “Emerging Trends in Specialty Retail” featured Ross Bailey, founder and chief executive officer of Appear Here, an online platform for leasing short-term retail space, which boasts more than 100,000 retailers on the site.

Chris Conlon, executive vice president and chief operating officer of Acadia, said there are a lot more leases being executed for sometimes-ish stores than permanent ones. “It’s setting a bad precedent,” Conlon said. “The pop-ups have become the norm because so many young brands aren’t willing to commit to a long-term lease. As a landlord, do you stand on ceremony and not do anything? We’re open-minded. Younger brands all talk to each other. They might have a permanent need for temporary stores. Why not do base rent with a percentage of sales and a mechanism to convert the tenant to a permanent lease, if possible?

“There’s no way to replicate online the emotional connection to the consumer,” Conlon said. “For those brands that are not selling commodities, consumers have to look and see story and the passion. We keep asking ourselves and retailers, ‘What is the must-have real estate.’ Some say critical gateway cities. I get that. Lululemon just redid its Chicago flagship. Blue Mercury likes to open stores in neighborhoods like Rye, N.Y., and Woodcliff Lake, N.J., so it can be as close as it can get to its customer. For some, it could be both. For younger brands, it’s trying to get to know what [works best].”

Pop-ups appeal to younger brands, especially those that are digitally native. “Pop-ups are the bane of my existence,” said Alan Napack, senior director of retail services at Cushman & Wakefield. “You try to lease a space long-term and end up leasing it for three months.”

On the plus side, retailers such as Brandy Melville have opened pop-up shops and “ended up taking a long-term lease,” Napack said. “Google is doing a pop-up at 110 Fifth Avenue in the Flatiron District [of Manhattan]. It’s a finite thing, they’re not there to make money; it’s more about launching new phone and voice-activated devices, Pixel, Home and Day Dream. People waited on line to go to the new Everlane store in SoHo. It’s the digital world. That’s what retail has become. There has to be a strong story.”

Of the wave of food halls, Napack said, “A lot of it’s driven by social media and Instagrammable food. We’re at the beginning of the food halls. It will evolve and grow. There will be winners and losers, but it’s a trend that’s here to stay.

“It’s really a food and beverage story,” Napack said, referring to ICSC Deal-Making. “Food and beverage is dominating the market. The Gap is doing more consolidating. Tenants are looking at spaces and figuring out what stores they really need and which ones they can do without.”

The few companies with open-to-buys for retail space included Morphe, an online brand that looks like a budget Sephora and is known for its makeup brushes and shadow-packed palettes. Morphe moved off-line, first by selling at Ulta Beauty, and in 2016 two stores bowed at Valley Fair Mall in Santa Clara and Brea Mall in Brea, both in California.

Mark Kostic, vice president of U.S. retail at Brookfield Property Partners, said he took a “handful of meetings [at ICSC Deal-Making]. There were some conversations that we wanted to take to the next step. It was low-hanging fruit, so to speak. There were a lot of new food concepts out there, fitness concepts looking to expand, and a handful of fashion retailers.”

With Brookfield Place 98 percent leased, Kostic is focusing on the company’s Manhattan West project, which is between West 31st Street and West 33rd Street, bounded by Ninth and Tenth Avenues.

Food is important to the project, which includes residential, office towers, a boutique office building, specialty residences and a hotel, surrounding a plaza where retail will be located. “Apparel won’t be majority of the project,” Kostic said. “The 32nd Street pedestrian plaza is where we’re going to want to do apparel. The more immersive, conceptual brands are what we’re looking for. We have a huge plaza. The NHL signed an office lease and we’ll be doing an NHL store with an ice rink in winter and summer concert series and car shows. The plaza is two acres and 100 feet wide. It was designed by the same architect as the High Line’s landscape architect.”

“Apparel tenants aren’t signing deals now, and it’s not just in malls,” Paisner said. “They’re not signing deals on streets either. A safer investment and better returns are coming from online.”

Paisner’s son, Gabriel C. Paisner, a retail broker at Crown Retail Services, said, “My generation likes to experience things. All the hype is happening online. They want to Instagram everything to social media and are ready to photograph it. Tie-dye bagels look great on camera,” he said, referring to Original Rainbow Bagels in Williamsburg, N.Y. “It’s not the taste. People are going for their own Instagram feeds.”

“There’s been an upward inflection,” Hudson said. “The bad news has diminished in frequency. A report issued by Neiman Marcus is a good sign of stabilization and its confidence coming back. Companies have figured out how to close the loop. There’s a direct relationship between use of iPhones, iPads and computers to sales. The retailers seeing the best performance aren’t selling commodities. They’re selling something with a unique design, something performance-related or in the realm of experience.”

Hudson cited the Devialet speaker system, which is available at the company’s store at Related’s Shops at Columbus Circle, as an example of an e-tailer leveraging its online presence to sell at brick-and-mortar. “You can buy Devialet online, but you have to go and listen to it,” Hudson said. “It’s like the albums we grew up with. It’s a richer sound. We’re social animals, but how much do you want to go out and fight the crowds to get a pair of denims?”

The Shops promotes the special products its retailers are selling, for instance, Coach’s quilted leather Rogue handbag will be available through Dec. 31 the Shops’ listings page says; Sugarfina is offered until Dec. 24; limited-edition mules by Stuart Weitzman and Gigi Hadid are in the Weitzman store until  Jan. 1, and there’s a Monica Rich Kosann design-your-own jewelry presentation through Jan. 1.

“My position on pop-ups,” said Hudson, “is the wave you’re seeing now is nothing more than the spread between asking and taking rents. It’s supply minus demand equals pop-ups. In a situation where you have a vacancy rate such as that of Madison Avenue or SoHo, that’s systemic.”

One of the busiest booths was Triple Five, which has worked to build the long-delayed American Dream project in East Rutherford, N.J. Triple Five president Don Ghermezian said updated designs for the entertainment and fashion center are more sophisticated with outdoor seating and water features such as fountains helped attract luxury brands including Moncler and Tiffany & Co., which plan to open stores.

The 1.9-million square-foot American Dream will have 25 full-service restaurants, three food halls, including one that’s kosher. Originally, Ghermezian wanted to group online brands such as Everlane on one level. “I am now mixing them through the balance of the center,” he said.