To foreigners, the annex may look modest, but in Kenya’s capital city it is a real plunge into unknown. 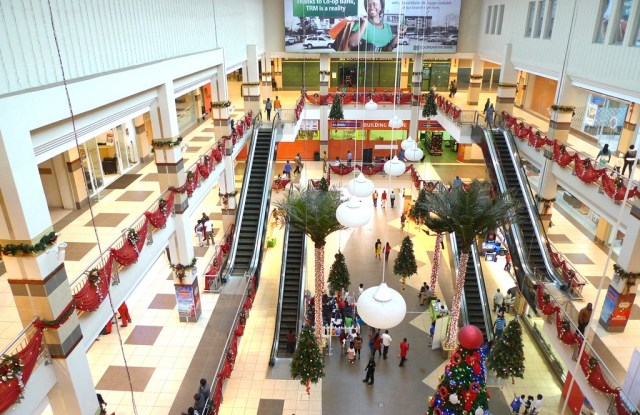 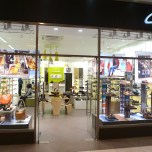 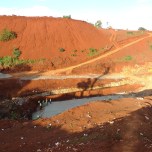 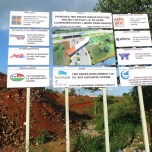 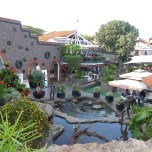 NAIROBI, Kenya — The work at the luxury Kempinski Hotel here is in full swing. Four stores are being built in the annex, which is called Galleria. To foreigners, the annex may look modest, but in Kenya’s capital city, it is a real plunge into unknown, the first attempt to form a space fully dedicated to luxury retail.

This story first appeared in the January 3, 2014 issue of WWD. Subscribe Today.

“We are trying to create a classic look for the entire area,” said Esther Moturi, guest relations manager at the Villa Rosa Kempinski Hotel. “It will be the first luxury corner in the entire city of Nairobi, ideally with at least four brand new boutiques.”

As she speaks, security personnel are taking over the lobby, which has been seasonally decorated with a Christmas tree and striking white-blue lights. The president of Sri Lanka, Mahinda Rajapaksa, and his wife are returning to their suite at the hotel.

Nairobi is the diplomatic, intelligence and media heart for all of East Africa. The city has a huge United Nations compound and is where countless banks, trading companies and nongovernmental organizations have been opening offices for decades. Nairobi’s Jomo Kenyatta International Airport is the busiest one in East Africa.

The city is awash with both “clean” money from trade and international agencies and expatriates and “dirty” money, cash flow that is pouring here from the entire region, mostly brought in by corrupt East and Central African officials and illegal traders on their periodic outings or on shopping sprees.

Nairobi has also become the temporary home for hundreds of thousands of relatively wealthy refugees from Somalia and the Democratic Republic of the Congo, two countries devastated for decades by civil wars.

Surprisingly, given its wealth, the city still does not have any large luxury malls or other shopping centers, not even ones similar to those that can be found in African metropolises like Cairo, Johannesburg and Cape Town.

“The shopping in Nairobi is limited to the essential, though the choice has been widening over the past two years,” said Yayoi Segi, a Japanese education specialist in a U.N. organization, who is based in Nairobi. “For clothes and cosmetics, there is really no trusted shop that sells quality products and brands. Most of my colleagues still do their shopping in Europe and Asia. Also, the prices here are higher and there are many counterfeits. One can’t really talk about ‘shopping experience’ in Nairobi.…Not yet.”

The attempt to improve the shopping experience in Nairobi comes even as the city is still recovering from the terrorist attack at the Westgate mall last September that killed 67 people. Four people were charged in the attack, which was carried out by the Somalia-based terrorist organization Al-Shabaab that is linked to al-Qaeda. The mall was burnt down during the attack and the siege that followed.

While the Westgate was a magnet for expatriates living in Nairobi for its chic cafés, its stores were mainly local fashion shops, and the neighborhood surrounding it was filled with down-market stores and restaurants. Therefore, Hotel Kempinski and its tiny Galleria will be the first ones to offer a dedicated luxury shopping experience.

“Luxury shops have to be in an elegant and enclosed area,” said Aziz Fazal, director of the Little Red Unmistakably boutique located at Yaya Center, on Argwings Kodhek Road, the store that for some time has been selling designer clothes by Hugo Boss, Giorgio Armani and Ermenegildo Zegna. Little Red Unmistakably will be one of those four pioneer stores soon moving to the Galleria.

While the Galleria is clearly a vanguard venue, there are other luxury shopping malls and centers under construction throughout Nairobi. The biggest of them will be called Garden City and is being built on Thika Road, with a shopping mall of about 500,000 square feet and a sizable entertainment area. The mall is expected to attract international fashion brands that currently are concentrated in several South African stores. The developers of Garden City are promising to serve all of East Africa — especially, of course, its upper-class clientele. The mall should open for Christmas shopping at the end of 2014.

Then there is “Two Rivers,” which is being constructed in one of the most upmarket neighborhoods of Nairobi. The developer, the Centum Investment Group, claims that “Two Rivers will be 100 acres of prime property located in the Runda/Gigiri area along Limuru Road within the highly sought-after diplomatic blue zone in Nairobi.” The site is expected to contain 505,000 square feet of retail, entertainment and lifestyle offerings; office parks; hotels, and apartments, and eventually to cover 8.9 million square feet.

Fazal can hardly contain his excitement about the project. “There will be a luxury floor. At least 600 square meters [6,400 square feet] of luxury retail is in discussion. There will be plenty of luxury stores.…And several top architects from all over the world are already making sure that this will be a real luxury place; elegant, full of marble and other expensive materials.”

The new Nairobi malls will be a sharp departure from the city’s current high-end stores, like those at Yaya Center, one of the few present-day upmarket outlets of Nairobi. These are all multibrand stores. And Segi and other professionals based in Nairobi are cautious about any impending luxury boom in the city.

“Yes, there are a few new malls coming up, and it appears that big brands would finally arrive,” she said. “But based on our experience here, the goods could remain much more expensive in Nairobi than abroad, and those who are frequently traveling will continue shopping in Paris or Tokyo.”

In addition, even as luxury brands increasingly eye Nairobi and other African markets, worries remain over a continent continually wracked by turmoil, from Egypt to South Sudan. In Nairobi itself, there have been numerous terrorist attacks over the last few years, including a grenade attack on the bus terminal, and the terrorist assault on the Westgate shopping center. The arrival building at Nairobi’s international airport mysteriously burned down in August. Security is extremely tight, and investor confidence is dropping. Some analysts believe that the country may even start experiencing negative economic growth.

Against that backdrop, Nairobi will remain the “servicing center” for all of East Africa, primarily because its infrastructure is significantly better than any other city’s in the region. The Kenyan capital’s position received a further boost a few weeks ago when Chinese construction companies began work on an enormous project that eventually will connect all of East Africa — including Ethiopia, Uganda, South Sudan, the Democratic Republic of the Congo, Rwanda and Burundi — with the Kenyan ports of Mombasa and Lamu. Most of the links will go through Nairobi, where new roads, a new city railway and a new airport terminal are being built.