Problems in the real estate world mean many projects at the ICSC National Conference were also shopped around last year. 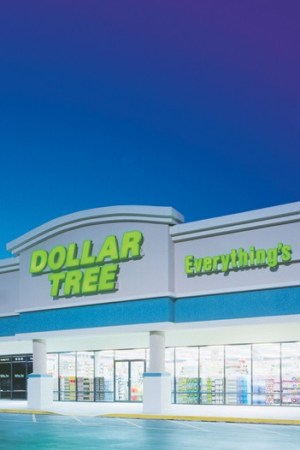 NEW YORK — The economy may have pulled out of the recession, but the retail real estate world is still in crisis.

Many projects at the 2009 International Council of Shopping Centers National Conference and Deal Making were also shopped around last year, an indication that certain properties are having trouble finding tenants. Leases are reportedly taking longer to execute. And the concepts looking to expand most aggressively are perfect for the economic doldrums — dollar stores, off-price or fast-fashion — even as brands such as Michael Kors, Tory Burch, Seven For All Mankind and Vince search for store sites as well.

Landlords are giving tenants rent reductions and finding creative ways to lease space. For example, retailers that “normally require 7,000 square feet to 15,000 square feet are being offered the entire space of a bankrupt Linens-N-Things, Goody’s, Steve & Barry’s and Circuit City unit [typically 20,000 square feet to 40,000 square feet], but only pay the rent on the square footage they actually needed,” said Andy Grasier, co-president and chief executive officer of DJM Realty.

Grasier said he has completed such deals on behalf of tenants, but declined to name them. If a retailer doesn’t have enough merchandise to fill one of the larger stores, the landlord simply “puts in temporary walls and they’re up and running,” he said. “These [situations] aren’t happening a lot, but are one of the things landlords are trying because there aren’t enough tenants out there to take over these box sizes. They’re not doing leases for long periods of time.”

“There’s more activity here; people are kicking more tires,” said Jeffrey C. Painser, a broker at Ripco Real Estate, at the conference, which ends today, at the Hilton New York and Sheraton New York Hotel and Towers. “A year ago we were in the throes of the worst news possible. The place was desolate. Now banks are paying back their TARP [Troubled Asset Relief Program] funds. But there’s a sober optimism. The May ICSC conference will be more indicative of what’s going on. [Retailers] will know what they have in their coffers after Christmas.”

The convention’s Retailers’ Runway, which showcases popular national chains and their expansion plans, featured Dollar Tree Inc., Hobby Lobby Stores Inc., Planet Fitness and Price Rite/Shop Rite, among others. Doug Webb, regional director of the Northeast for Dollar Tree, said the retailer’s performance has exceeded all expectations. The company operates 3,800 stores in the U.S. and employs 45,000 associates. Everything is priced at $1. A second retail concept geared to urban markets is poised to bow in Manhattan. Items at the new store will have a maximum price of $5. Dollar Tree is entering “more and more urban markets,” Webb said, adding customers are 90 percent female with household income of $40,000-plus. Dollar Tree this year will open 240 stores and expand 75 existing units. With $9.52 billion in sales, Dollar Tree has a long way to go to catch up to the $401 billion Wal-Mart Stores Inc., but the company has reached its current level in just 10 years.

Some of the same projects facing difficulties last year are still struggling toward completion. The Streets of Buckhead in Atlanta, called the city’s “new Rodeo Drive,” has been scaled back from its original $1.5 billion price tag to $1 billion, under pressure from the recession and ailing financial markets. Two hotels originally in the plans were dropped and Streets will be built in two phases, rather than all at once. The opening has been delayed from 2009 to spring or fall 2010. Retailers expected to open include Oscar de la Renta, Hermès, Etro, Bottega Veneta, Domenico Vacca, Loro Piana and Vilebrequin.

Certain portions of CityCenter, the $8.5 billion hotel/casino/resort/retail complex in Las Vegas, have opened despite concerns about the MGM Mirage that is part of the complex and the center’s financial partner, Dubai World, which asked for a six-month reprieve from its financial obligations. MGM Mirage said existing buyers of CityCenter’s luxury residences will be offered a 30 percent price reduction.

“The number of distressed retail real estate assets is expected to continue to increase as the discrepancy between values and loan amounts continues,” said Jones Lang LaSalle’s 2010 Retail Outlook, released on Monday. “Liquidity in the debt markets will remain an issue into 2010 as the bar has been permanently raised for many borrowers. The health of the retail investment sales market relies heavily upon consumer consumption and high unemployment and low consumer confidence continue to plague the market. Two consecutive months of declines in consumer confidence reflect the continued concern consumers have for employment prospects. Unemployment is expected to peak at a quarterly average of 10.7 percent in 2010.”

“It’s much busier than last year’s show,” said Benjamin Fox, president of Winick Realty Group. “Hell, last year you could have rolled a bowling ball down the main aisle [of the exhibition hall] and not hit anyone. Retailers in the apparel sector are, for the most part, still on the sidelines and are waiting to see how Christmas pans out before determining their long term expansion plans. Deals, however, are getting done. Men’s Wearhouse just made a deal for a replacement store on lower Sixth Avenue [in New York]. Food tenants and discount stores are out there doing deals. Citibank just took a 4,000-square-foot chunk of the old Virgin Records space at Union Square, and Trader Joe’s just took lots of space at the former Barnes & Noble location on Sixth Avenue and 22nd Street.”