A new array of eating and shopping options will bow at the airport's Tom Bradley International Terminal this spring. 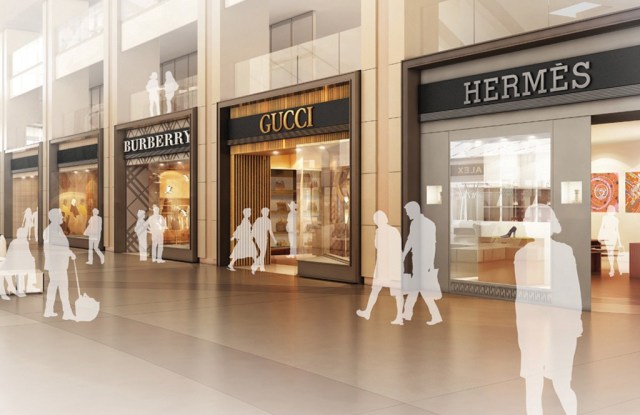 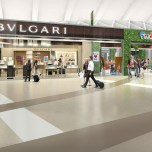 LOS ANGELES — Starting this spring, when international travelers arrive or depart from here they will have a new array of eating and shopping options to choose from at LAX’s Tom Bradley International Terminal.

As part of a $1.5 billion project to redevelop the languishing 28-year-old terminal, Los Angeles Mayor Antonio Villaraigosa, airport governing body Los Angeles World Airports and Westfield Group on Wednesday unveiled a lineup of 60 stores and restaurants that will cover 54,000 square feet at the terminal, including 28 that have never been in an airport before and 22 local names. Westfield is investing $80 million in the stores and restaurants, and estimated they will generate $98 million in annual sales.

“The airport is an icon, but let’s be honest, it’s an icon with some rough edges. It’s showing its age,” said Villaraigosa during a press conference held near LAX Wednesday morning at the Flight Path Learning Center and Museum. He added, “We wanted an airport that was true to the spirit of L.A., that was true to the style of L.A.…We will have an airport that says to the world LAX is back and better than ever.”

Housed in a 150,000-square-foot hall that will have airline club lounges and other passenger amenities, among the retailers coming to Tom Bradley are Fred Segal, Kitson, Coach, Michael Kors, Bulgari, Emporio Armani, Porsche Design, Hugo Boss, Victoria’s Secret and Tumi. Bliss and XpresSpa will provide beauty services. Some of the restaurants are Border Grill, ink.sack, Umami Burger, Larder at Tavern, 800 Degrees Pizzeria, Chaya, Lucky Fish and James Beach. The average size of the stores and restaurants will be 900 square feet.

DFS Group, the luxury and duty-free retailer majority owned by LVMH Moët Hennessy Louis Vuitton, is also investing $32 million to build a duty-free retail area at Tom Bradley that will have freestanding boutiques from Hermès, Gucci and Burberry, as well as merchandise from the likes of Omega, Montblanc, IWC, Rado, Longines, Salvatore Ferragamo, Balenciaga, Bottega Veneta, Chloé, Estée Lauder, MAC Cosmetics, Bobbi Brown, Smashbox and La Mer. DFS said airport-wide full-year sales at LAX covering the first year of the redone international terminal would be $300 million, but didn’t break out a figure for the terminal.

After the press conference, Peter S. Lowy, Westfield’s co-chief executive officer, underscored that Westfield worked hard to secure local retailers for Tom Bradley. “We knew that Fred Segal was interested. We thought it was an innovative idea from their point of view and our point of view, and when you look at all the other brands, it just fits very well. While it is great to have all the global brands there, to have a great local brand like Fred Segal really moves it along, as well as Kitson,” he said.

Westfield partnered with the Hudson Group to bring retailers to Tom Bradley, notably Fred Segal, which will have a 2,200-square-foot store, the largest non-duty-free store, at the terminal. “Our goal is to strategically grow the brand’s footprint and introduce the Fred Segal name and its style quotient to a larger global audience, so our presence in the new international terminal really positions us at the crossroads of the world,” said Adam Sandow, chairman and ceo of Sandow. Sandow’s subsidiary Culture + Commerce manages Fred Segal’s licensing deals.

Michele Caniato, president of Culture + Commerce, said, “This new terminal is an exciting development for L.A. and we’re thrilled that Fred Segal, a legendary Los Angeles trendsetter, can be a part of it and offer up a unique retail environment for shoppers entering or leaving the airport.”