London’s St. James Goes Back to the Future

The neighborhood leverages its history for new retail area.

By Samantha Conti and Lorelei Marfil on May 19, 2014
View Slideshow 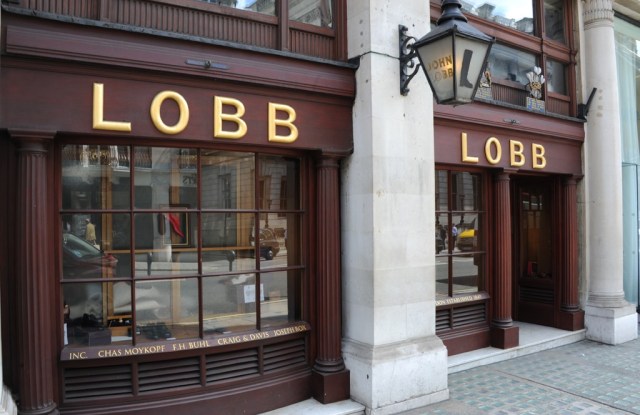 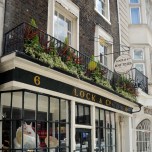 Few neighborhoods can boast statues of fashion trailblazers, and St. James’s in London is one of them.

At the Jermyn Street end of the Piccadilly Arcade — a corridor of tiny shops with expertise ranging from dressing gown- and pajama-making to button- and cufflink-engraving to bespoke silk umbrella construction — is a statue of the dandy George Bryan “Beau” Brummell, the most stylish man in Regency London, who regularly patronized the area’s gentlemen’s shops.

This was the man who famously cast off the traditional glitter, lace and bright colors of the era in favor of sleek, body-conscious, bespoke garments that flattered the male form. Brummel claimed it took him five hours a day to dress — much of it spent on daily grooming routines and knotting his cravat.

St. James’s, the neighborhood between the Mall and Piccadilly, has traditionally been a hub for high-end men’s shirts, shoes and accessories — not to mention exclusive, men-only clubs, and food shops such as Fortnum & Mason and cheese mongers Paxton & Whitfield. A short walk from Buckingham Palace and Clarence House — the home of Prince Charles — St. James’s remains the densest area for Royal Warrant holders — official suppliers to individual members of the royal family.

While St. James’s has managed to preserve much of its character over the past centuries, its charms have been eroded as discount stores, coffee chains and cheap souvenir shops have crept in. Of late, however, the area has been undergoing a subtle but powerful transformation aimed at attracting more Brummell-esque figures, and a more luxury-minded clientele.

The Crown Estate, the property company that belongs to the reigning British monarch and that owns half of St. James’s, wants the neighborhood to be a high-end lifestyle hub. To wit, it is investing upwards of 500 million pounds, or $843 million, in the neighborhood, with the aim of adding local and international lifestyle brands into the traditional men’s wear mix, and replacing mass food chains and coffee shops with upscale cafés and restaurants.

The Estate is two years into a 10-year strategy to rejuvenate the area. So far, Barbour International, Tiger of Sweden, Orvis and Cath Kidston have all opened flagships in the neighborhood, while smaller brands including Sunspel, the British underwear experts; J.M. Weston, the French footwear makers, and Emma Willis, which specializes in bespoke shirts, have all opened on Jermyn Street. Meanwhile, eateries like Villandry, Café Murano and Cicchetti — which sits on the former site of the downscale Scotch Steak House — have recently begun serving a better-heeled clientele.

“Our job has been to look at the whole area as a village, with the appropriate brands present. We see ourselves as stewards for the long term, and we want all that we do to have integrity. It’s about having more Paxton & Whitfield — and less Pret A Manger,” said Anthea Harries, who manages the 1.25 billion pound ($2.1 billion) St. James’s portfolio and other central London assets belonging to the Estate.

“We are not looking for uberluxury. These stores cannot be intimidating, but there has to be a sense of heritage and quality. We call our approach ‘conscious commercialism,’” she added. “We’ll work with brands, but we are black-and-white about our criteria. If the stores don’t suit our business plan, we don’t want them.”

For Jermyn Street in particular, she said the vision is for a man to find everything he needs, “like he would on the men’s wear floor of a department store.”

The time appears to be right for change: The average age of visitors to St. James’s is 36, while the average retail spend is currently 195 pounds, or $328, per visit, compared with the U.K. average of 40 pounds, or $67, according to a survey by the Crown Estate. Forty-one percent of workers in St. James’s are in the top four high-net-worth groups, while 19 percent of shoppers are tourists.

Harries said brands that want to set up shop on its Piccadilly properties must build flagships: Cath Kidston created a new retail concept just to secure its 7,000-square-foot corner site, in the former London office of SNCF, France’s railway company. Harries has also replaced shirtmaker T.M. Lewin, whose original shop was on Jermyn Street, with the more upscale Sunspel, and will soon welcome an Aquascutum men’s-only Black Label store, the first of its kind in the U.K.

“The history is interesting, as well as the mixture between very old and new architecture,” he said. “But what was really key is that it was an area of transformation. It goes hand in hand with Tiger as a brand. We started off as a traditional tailoring brand, then we transformed ourselves into this modern, contemporary, full fashion house.”

The neighborhood’s smaller, more traditional brands also seek to raise their profiles as part of the overall project. In January, during the London men’s collections, names ranging from perfumer Floris to shoemaker Tricker’s to Budd Shirtmakers clubbed together for a presentation of their wares at Fortnum & Mason.

“We just want to let our customers know they can get everything they need right in the neighborhood,” said Christopher Mundy, a sales associate at Budd, in the Piccadilly Arcade.

The Crown Estate is currently tackling another part of St. James’s, on the site of the 17th-century St. James’s Market, not far from Pall Mall. It will comprise 30,000 square feet of international retail — with no chain stores — and a new residential project. The Crown Estate also plans to reduce the traffic lanes to two from four and to widen the pavements in an effort to create promenades fit for modern-day dandies.