Along the luxury venue, designers are "scaling up" by creating larger flagships.

Some of it lies beneath the surface, like fashion and jewelry houses purchasing the properties housing their stores and offices. There has also been some investments by designers planning to build larger flagships or relocating existing stores, a recent flurry of salon, gallery, pop-up and fashion openings, and asking rents have sharply dropped, all helping to put a brighter perspective on America’s largest luxury venue.

Since the Great Recession, Madison Avenue has been clouded by darkened storefronts visible on almost every block from Midtown to the Upper East Side, and overshadowed by huge retail developments on the West Side and in lower Manhattan. The vacancies stem from bankruptcies, high costs, and brands deciding to devote greater resources to Internet operations at the expense of brick and mortar.

But within the last three weeks, Madison Avenue has seen openings by The RealReal for vintage resale; La Ligne fashion; Monica Vinader jewelry, and Sergio Rossi shoes. And since January, there have been 17 store openings in all, among them the Danziger and Johannes Vogt art galleries, and pop-ups by Frances Valentine shoes and accessories, Zadeh jewelry, and Alala ath-leisure wear. Last year, Bottega Veneta opened a 15,000-square-foot flagship designed by Tomas Maier and Gabriela Hearst opened her first boutique, which is in the Carlyle hotel.

Madison Avenue has seen significant reinvestment by several major fashion houses seeking bigger retail spaces to present the breadth of their collections as they reduce dependence on wholesaling to department and specialty stores where they have less control of the presentations. Hermès will replace its men’s and women’s stores on the avenue with a five-story, 40,000-square-foot U.S. flagship housing its full range. It’s in the works for a 2022 opening. Carolina Herrera will completely renovate her landmark store, and Graff, the diamond jeweler, purchased its building at 710 Madison Avenue. Vera Wang and Jimmy Choo recently renewed their leases and will redo their stores, and Barneys New York told WWD it’s not downsizing its flagship despite speculation to the contrary and even though the retailer last year saw a huge rent increase. 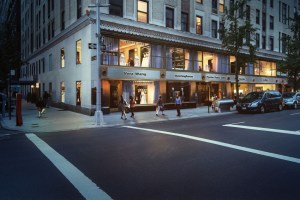 The biggest designer project is by Giorgio Armani. He’s expanding with a 96,000-square-foot structure that will house a two-level flagship and 19 Armani Casa residences, including one for himself.

Celine recently opened a larger store at 650 Madison Avenue; Missoni is relocating to 680 Madison, and Fred Leighton incorporated its owner Kwiat into the landmark building at 773 Madison.

“There’s been a scaling up,” observed Matthew Bauer, president of the Madison Avenue Business Improvement District, which extends along Madison from 57th to 86th Streets and encompasses side streets. “We are seeing major reinvestments on the street in a big way by some of the most storied names in fashion.”

According to Cushman & Wakefield, the average asking rent on Madison Avenue from 57th to 72nd Streets declined nearly 30 percent to $985 a square foot in the first quarter of this year, from $1,381 in the first quarter of 2018. Four years ago, asking rents on Madison commanded more than $1,600 a square foot, according to the real estate firm. C&W also reported that the availability rate on Madison from 57th to 72nd Streets is at 28.2 percent, which is a few points higher than Times Square and Fifth Avenue.

“The decline in rent demonstrates that property owners are indeed responding to the changes in the overall luxury retail market,” Bauer said.

According to Bauer, Madison Avenue is evolving in different ways, without losing its luxury appeal. “We are seeing growth in wellness, beauty, sustainability and growth in brands that have prices reaching a broader market.” He also sees an influx of spas and salons, with the recent opening of JTav skin-care spa and soon-to-open Naturopathica for holistic facials and massages, and Iris Nail.

“Spas and salons are such an important component,” Bauer said. His reasoning: They draw repeat visitors and create traffic that spills into fashion stores. He also said certain “downtown” brands first situating in SoHo or lower Manhattan are now represented on Madison, citing the Golden Goose and Stella McCartney openings of two years ago.

“Madison Avenue is still not a high-low street,” Bauer said. “There is not one business on Madison Avenue that doesn’t belong next to the brand just next door.”

Asked what he’d like to see more of on Madison, Bauer replied, “We are trying to bring new restaurants to the avenue.” He said property owners are getting more into the idea. Recent food and beverage additions were Ralph’s Coffee inside the Ralph Lauren women’s store; Marky’s Caviar; The Smile at Marc Jacobs, and Fleming. With restaurants moving in, some stores will be encouraged to extend business hours. Most close at 6 p.m., with Barneys and Ralph Lauren being exceptions.

Bauer also sees more collaboration among businesses. During the BID’s annual “gallery walk” in April when about 50 galleries give presentations by artists and curators, several stores such as Yves DeLorme home and Smythson stationery displayed art and sculptures from Madison galleries, while Hunt Slonem artwork was featured on the fabric of Vilebrequin’s summer swim collection and the brand hosted a reception during Gallery Week to tie its collection launch to the event. Stores also display art from galleries to help promote art shows at the Park Avenue Armory or Frieze New York fair.

The BID and The Bridal Council are staging a “wedding weekend” Oct. 12 to 13. Tickets will be sold to those seeking to hear from experts in event planning, floral design, travel, fashion and beauty, to help them plan for their wedding day. The BID is seeking stores to host “activations” featuring an expert. In addition, the BID holds monthly store manager meetings, so they can network and refer customers to one another and drum up some sales.

Asked how business is this season on Madison Avenue, Bauer replied, “Some brands are having their best year ever. Others say it’s been more challenging.” 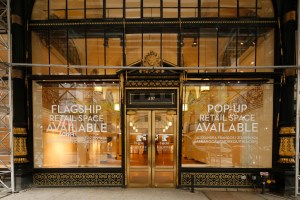