Don Ghermezian, principal and ceo of Triple Five, owner of the mall, discusses future development planned for the property and other real estate projects. 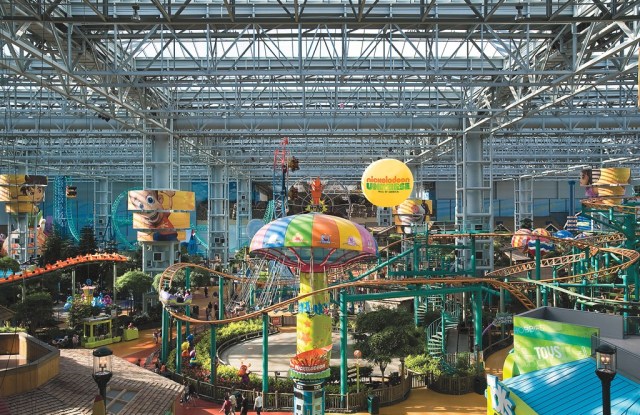 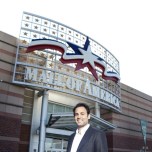 The principal and chief executive officer of Triple Five has encountered no shortage of critics. After all, his family’s company built two of the biggest malls in North America in the unlikeliest of places: the 6.1 million-square-foot West Edmonton Mall in Alberta, Canada, and the 4.2 million-square-foot Mall of America in Bloomington, Minn. And now Ghermezian is overseeing one of New Jersey’s most controversial mall projects in recent years: American Dream, or Xanadu, as it was formally known.

The Ghermezian family, a Canadian clan of Iranian Jews, has always had a big appetite for risk-taking that comes from the fearlessness with which the first generation rapidly built its empire.

“My father [Eskandar] came from Iran at age 17 by himself and went to school in Montreal,” Ghermezian said. Eskandar saw a market for Persian rugs, which were provided by his brothers in Persia. “He held rug auctions in every major city and built enough of a net worth to get into real estate. Dad wanted to conquer big land. He bought thousands of acres of farm land in Alberta and built the first phase of the West Edmonton Mall in 1981.”

Five years later, Eskandar was visiting the Mayo Clinic in Bloomington, Minn., when he saw some property for sale near the airport. It was the old Twins and Vikings stadiums and he thought the land would be perfect for a mall. The city was taking bids and Ghermezian’s was accepted. “People didn’t understand [the mall concept] and thought it would fail,” Ghermezian said. “People thought the trade area surrounding the mall wasn’t populated enough.” But the family knew that 28 million people living within a day’s drive of the mall would be happy to travel to get out of the cold.

When the Mall of American opened in 1992, it was a classic example of “If You Build It, They Will Come.” The mall casts a long net for shoppers, with a trade area that covers 18 states including Minnesota, Wisconsin, Kentucky, Michigan, Ohio and Pennsylvania. Ghermezian said that 35 percent to 40 percent of Mall of America’s visitors are tourists from 11 top markets: Canada, Great Britain, France, Mexico, Germany, Scandinavia, Italy, Netherlands, Japan, China and Spain.

“Minnesota wasn’t considered the fashion capital of the world,” Ghermezian said. Once the company managed to secure Nordstrom, other retailers followed. However, Bloomingdale’s, one of the original tenants, will close in March. Bloomingdale’s has said the store wasn’t performing up to its expectations.

“Their lease came up for renewal and there was a mutual parting of the ways,” Ghermezian said. “Bloomingdale’s trend-setting fashion wasn’t designed to succeed in Midwest America. We’ve converted 80,000 square feet to Forever 21 and are getting other interest from other strong fast-fashion retailers.”

As Mall of America celebrates its 20th year, Triple Five is embarking on the second phase of its development, a 5.6 million-square-foot addition. Between 30 percent and 40 percent of the square footage will be devoted to upscale retail. Interiors will use high-end materials such as Botticino marble and Swarovski crystal chandeliers. While it hasn’t signed a lease, luxury brands such as Louis Vuitton and its ilk are on Ghermezian’s wish list.

“For Phase II, we’re looking at having an upscale hotel and we’re looking at a deal with the Mayo Clinic for a health and wellness clinic,” Ghermezian said. “We also want to bring in a performing arts center. The total center could be north of 7 million square feet.”

The Mall of America now generates nearly $2 billion each year in economic impact for the state and put Minnesota on the map as a tourist destination. Phase II is expected to attract upscale shoppers with an estimated annual household income of more than $100,000, and families with older children. Phase II plans to draw an additional 20 million visitors annually and almost double the state economic impact to an estimated $4.3 billion.

“I think there’s a market for brands such as Louis Vuitton in Phase II, because the Mall of America has a wide-reaching clientele,” Ghermezian said. “We’ve been working hard at building a bridge to luxury with Burberry, Boss, Stuart Weitzman and Michael Kors [at Mall of America].”

Average regional malls struggle to find interesting stores at a time when the economy hasn’t been kind to new concepts. Ghermezian has a “grow your own” strategy. “At Mall of America, we have an entrepreneur program,” he said. “We encourage good designers and artists to come in and take a space and create a concept. We’ve helped over 500 and invested in 85.” The Rainforest Cafe, Chapel of Love, Glitz prom store, Goldy’s Locker Room and Lake Wobegon USA, Garrison Keillor’s store selling “A Prairie Home Companion” souvenirs, are some of the success stories.

As important as Mall of America is to Triple Five, the company also has its sights set on American Dream. The project, located in the New Jersey Meadowlands, lost funding and changed hands numerous times before Triple Five assumed control in 2010. The center is now slated to open in 2014.

The first thing Ghermezian did was change the name to American Dream. Defined as an idyllic beautiful place, Xanadu came to represent what the state’s governor, Chris Christie, called “the ugliest damn building in New Jersey and maybe America.”

Although the multi-colored facade is still in evidence, Ghermezian insisted, “We’re spending a tremendous amount of money on the interior and exterior. We want to change the mentality of Xanadu. It’s been a very difficult process, but we’re reaching the culmination of all our hard work and efforts.” Triple Five has been involved in the $2 billion project for almost two years.

A major piece of good news is the deal Triple Five struck in July with DreamWorks Animation to bring Shrek, Kung Fu Panda and other characters to a themed amusement park and water park that are key elements of the revised retail-cum-entertainment center. A skating rink and 600 foot indoor ski slope are also part of the entertainment mix. “We offered tickets to amusements parks [at our other centers] when the recession hit,” Ghermezian said. “We use the theme parks to feed the retail.”

In terms of leasing, Ghermezian is in the initial stages. “We’re noticing that the younger customer is becoming more sophisticated,” he said. “We’re changing traditional brick and mortar stores to adapt to social media. We want consumers to use iPads and iPhones to get deals. We’ll encourage our retailers to be experiential. Our tenants understand the world is changing.”

The Mall of America does about $650 a square foot in sales, and the company believes Phase II’s sales will be even higher. Ghermezian said the West Edmonton Mall achieves $700 a square foot in sales with a trade area comprised of 1.2 million people. By comparison, American Dream will draw 20 million people from within its 50 mile trade area, as well as attract millions of tourists and New York City residents, leading to estimated sales of $1,400 to $1,500 a square foot.

Public transportation will be put in place with trains from New York City used for Meadowlands sporting events stopping at American Dream. “We anticipate drawing a lot of New York consumers,” Ghermezian said. “We’ll offer day-care services or shoppers can leave their kids in the theme park in a safe environment.” The family’s full efforts are concentrated on American Dream. “It has the attention and ears of everyone in the Ghermezian family,” he said.

“There was a lot of concern over failure [of American Dream],” Ghermezian added. “Now there’s a great deal of support over our success.”